An Introduction to Viktor Schauberger 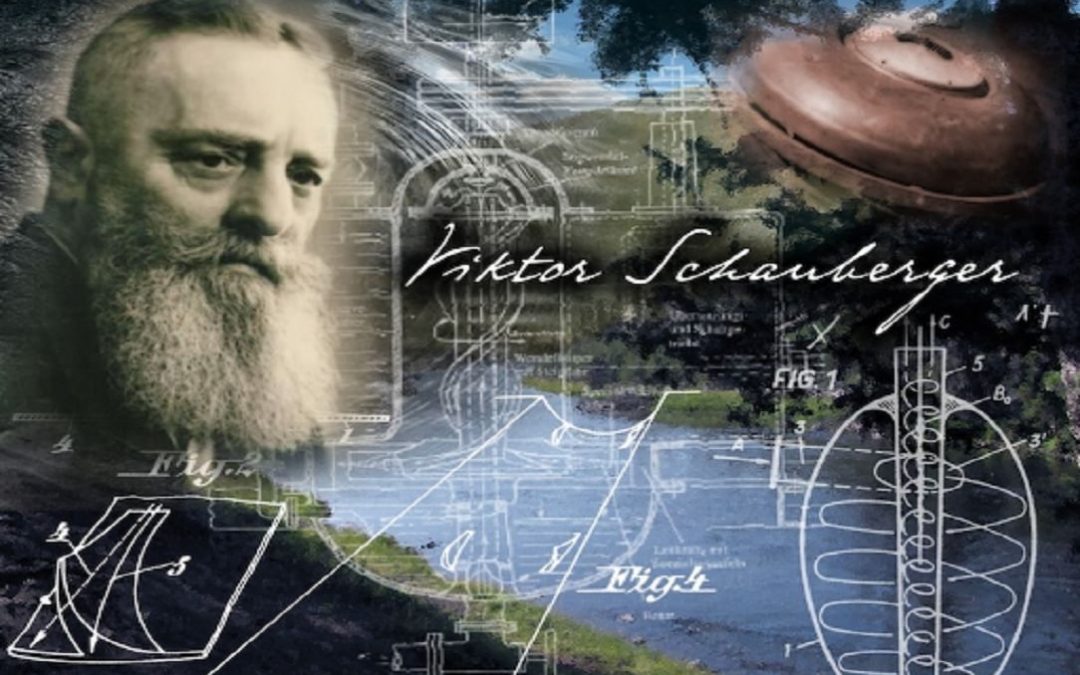 An Introduction to Viktor Schauberger

“We just look into unknown dimensions, into Nature, into that incalculable and imponderable life, whose carrier and mediator, the blood of the Earth that accompanies us steadfastly from the cradle to the grave, is water.”  ~ Viktor Schauberger

“The highest wisdom is simple and passes through the brain directly into the heart.”

Water is the commonest substance on Earth, and the source of life. Water is also the universal catalyst, and without it there would be very little chemical reaction. Schauberger presciently predicted that modern human culture’s destruction of the creative energies of Nature would result in in greater violence and depravity in society. This is aided and abetted by a science with a materialistic world-view that espouses the manipulation and exploitation of Nature for the sole benefit of humanity. As an institution it still considers humankind to be apart from Nature, and interprets all natural phenomenon solely through a process of deduction.

Born in 1885,Viktor Schauberger came from a lineage that had a long tradition of caring for the welfare of the natural forest and its wildlife in the Austrian Alps. He related how both his parents emphatically believed in the healing power of water, and how the quality and strength of a stream was increased on cold nights, especially under a Full Moon.

This was proven to Viktor one frosty night under a Full Moon when he observed some green logs bobbing on the surface of a forest stream, then sinking to the bottom and rising again, as if they were dancing. He also witnessed large stones gyrating on the river bed, and then rising to the surface to be immediately surrounded by a halo of ice. All the stones were egg-shaped, no uneven or sharp-edged stones would exhibit this phenomenon.

By its very nature water likes to flow through cool darkness. Viktor had discovered that when water is at its coldest, though its volume is apparently less due to temperature compression, it has much more energy and strength, enabling it to carry more sediment.

Natural, living water, though conventionally regarded as a homogenous substance, is actually composed of many layers with subtle variations in temperature and electric charge. These influence the water’s motion, its form of flow and its physical properties. He saw water as a pulsating, living substance energizing the whole of life, its quality and temperature being fundamental to the health and well-being of organic life. Modern technologies produce water that has no energy and has lost the ability to pulsate. He regarded this as dead water, producing regressive energies that are the cause of degenerative diseases, lower intelligence and community turmoil. He considered that our disrespect for the bringer of life was one of the main factors in the disintegration of our western culture.

Healthy water has a complex structure that enables it to communicate information, carry energy, nutrients and

healing, and to self-cleanse and naturally discharge wastes. As well as being the main source of oxygen for the planet, natural forests are the cradle of water. Trees in a diversified environment are bio-condensers of energy in that they accumulate and store the energy from both Earth and Sun – the Green and Gold. When man permits, groundwater carries the Earth’s energy to trees in order to balance out the intensity of the Sun’s energy.

The Importance of Motion

Modern mechanical technology uses a degenerative form of motion – the motion of death. It harnesses elements such as air, water, other liquids and gases into the type of motion Nature uses only to decompose and dissolve matter.

Our technology’s mode of motion creates degraded energy, involving chaos, noise and heat, bringing disease to organisms and forcing structures to break down. Imagine an explosion where matter is torn apart, fragmented and destroyed. This form of motion is noisy, disintegrative and inefficient, creating enormous levels of pollution and entropy – the energy of stagnation and death.

Nearly all our mechanical systems of motion are heat and friction-inducing with the fastest movement at the periphery – a centrifugal generated power.

In contrast Nature uses a centripetal, vortical mode of motion, that creates and rebuilds, moving from the outside to the inside with increasing velocity. This acts in a cooling and condensing way, structuring and assisting the emergence of higher quality and more complex systems. Nature transforms energy from one level to another using spirals and vortices, from tornadoes to plant growth.

The Importance of Temperature

In contrast to modern technology, which generates vast amounts of waste heat, Nature’s creativity thrives on measured coolness. Small variations in temperature are as healthy to the movement of water and sap as they are to human blood. Viktor identified the ‘anomaly point’ of water (4*C/29*F) when it is at its densest and has the greatest vitality, health and energy content. In the natural process of synthesis and decomposition, the temperature is either approaching or moving away from the anomaly point,

Temperature changes follow patterns and cycles which activate life or initiate death, bringing increase and decrease, decomposition and renewal. Life’s processes are controlled and guided by energy pulsations which are produced by subtle variations in temperature. At one moment they disconnect and at another they recombine, both matter and energy. This is the mechanism for creating the countless individualities that make up the wonderful diversity of Life. For Viktor, it is this cyclical variation of temperature that creates the conditions which enable the evolution of new individual life forms and the renewal of existing ones.

Callum Coates, Viktor Schauberger’s champion and biographer, considers that our present predicament is rooted in the ideology of a competitive free market, that might (whether of strength, intelligence or financial superiority) is right. This is the fundamental flaw that blinds us in our appreciation of the workings of Nature. Present economic policy is still driven by the philosophy of unlimited economic growth as the only solution to international economic stability. It is a philosophy of quantity over quality.

Nature, however, doesn’t actually work that way, though it is taken for granted that She does. It is from the processes of fusion, where a given structure is built up in increments through the mutual attraction of molecules, that animate growth arises. This can be viewed as a form of Love, where each individual component is valued as necessary for the complete formation of the whole. It is a desire to unite in a fruitful way.

If we are to survive, not only physically but as spiritual entities, then we must return to co-operative living, where the efforts of every individual are deemed necessary for the well-being of the whole. Though attempts at integrative practices, with some individual successes, are being made, ultimately they cannot succeed by following an underlying philosophy of death and disintegration.

We are the guardians of Life, or we should be! Viktor predicted that a decrease in the biodiversity of Nature would bring an increase in violence and a degeneration of spiritual qualities in the human community.

“Is it therefore so illogical to recognise the Will of Nature in the rapid increase in the number of human beings? Surely several hundred million more people are needed, who with their energy and strength can help restore this ravished lump of excrement, the Earth, to its former glory!”