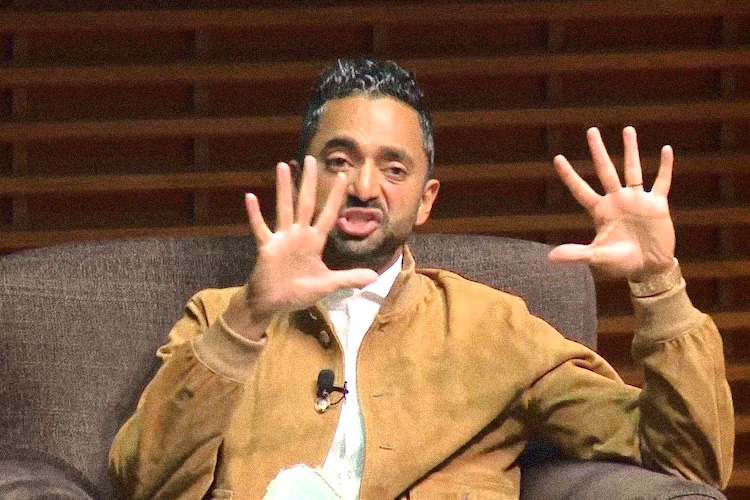 “I think we have created tools that are ripping apart the social fabric of how society works.” ~Chamath Palihapitiya

In a recent talk with the Stanford Graduate School of Business, former vice-president of user growth for Facebook, Chamath Palihapitiya, made some rather startling comments about the impact Facebook and social media are having on human culture.

He acknowledged feeling ‘tremendous guilt’ about his involvement with Facebook, citing the fact that the technology is so widely used that it is actually affecting how human beings interact with one another, upending our entire cultural history of communication.

When asked what ‘soul-searching’ he is doing right now, Palihapitiya responded:

“I feel tremendous guilt… I think in the back deep, deep recesses of our minds, we kind of knew something bad could happen…

It literally is a point now where I think we have created tools that are ripping apart the social fabric of how society works. That is truly where we are.

It is a point in time where people need to hard break from some of these tools, and the things that you rely on.

No civil discourse, no cooperation, misinformation, mistruth. And it’s not an American problem… this is a global problem.

It is eroding the core foundations of how people behave by and between each other.” ~Chamath Palihapitiya

Watch more of this interview in the following video:

These comments come just a short while after comments made by one of the original Facebook founders, Sean Parker, whose remarks are quite unsettling, pointing at the insidious nature of these tools to exploit weaknesses in human psychology.

“I don’t know if I really understood the consequences of what I was saying, because [of] the unintended consequences of a network when it grows to a billion or 2 billion people and … it literally changes your relationship with society, with each other … It probably interferes with productivity in weird ways. God only knows what it’s doing to our children’s brains.”

“The thought process that went into building these applications, Facebook being the first of them, … was all about: ‘How do we consume as much of your time and conscious attention as possible?’”

“It’s a social-validation feedback loop … exactly the kind of thing that a hacker like myself would come up with, because you’re exploiting a vulnerability in human psychology.”

“The inventors, creators — it’s me, it’s Mark [Zuckerberg], it’s Kevin Systrom on Instagram, it’s all of these people — understood this consciously. And we did it anyway.” ~Sean Parker

The human race is stepping in to the perfect storm for disaster in our relationship with technology as advances in robotics, artificial intelligence and big data are converging to present us with unbelievable challenges.

Palihapitiya and Parker of Facebook are speaking to the legitimate concerns about these tools on the human psyche and how they affect our psychology. Combine this with robot sex toys, killer-robots, and mind-boggling AI, and we really have to wonder what is coming.