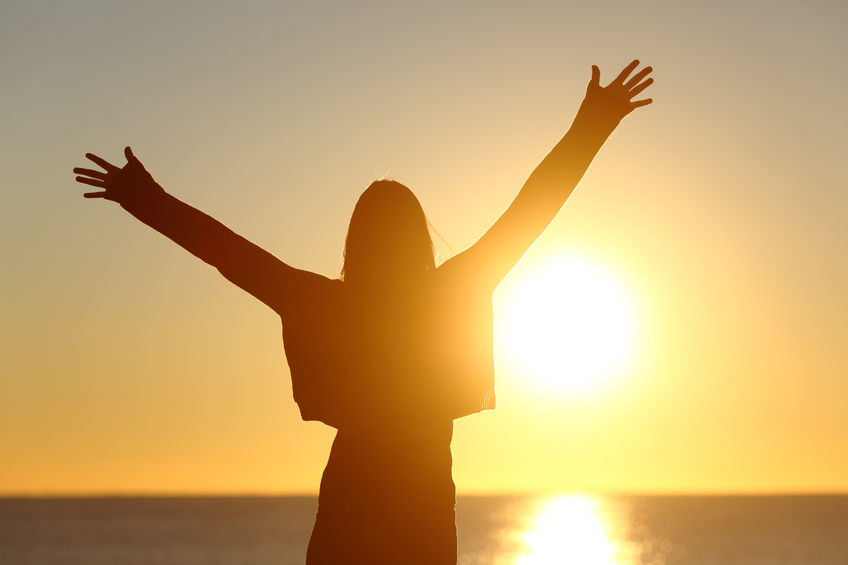 Every crisis whether it be domestic or national brings with it an opportunity for an expansion of consciousness. At such times of change, we are often confronted by our worst fears and, as the dark night of the soul passes away many of us realise what is really important to us and what is not. We take on a new perspective, materialism hits the road and spirituality emerges. 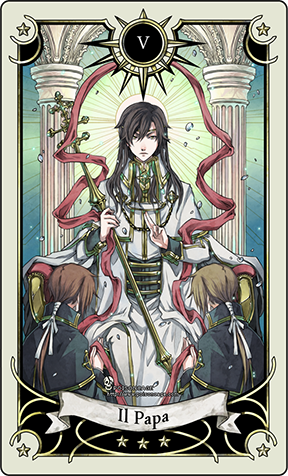 Uranus  and the New Age of Aquarius.

We are entering the zodiacal sign of Aquarius, the first house of the New Grand Cosmic Year: a cycle of twenty six thousand years. Uranus or Ill Papa is the ruler of Aquarius.  Uranus is known in astrology as the ‘Awakener’ since its aspects and transits bring sudden change, shock and awe. And, with a worldwide lock down of populations, rising unemployment and an uncertain future many people are certainly experiencing shock and awe.

Sometimes these upheavals are necessary to destroy worn out thought patterns in favor of a more liberated path. And sometimes the shock and awe events are the harbingers of worse to come. Uranus is known as the planet of rebellion, and commands the vibrant, electrical energies of change, discovery, invention and all things progressive on every level of being.

Aspect of the blue sun 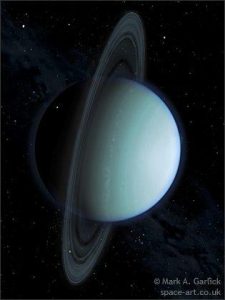 Uranus is also known as Hypercronius – above Saturn, and is said to be the exoteric representative of the spiritual sun. Either way, Uranian energy is an unpredictable, liberating and sometimes violent energetic.

In the Secret Doctrine by H.P. Blavastsky we read: “The ancients had a planet, ‘a mystery planet’, that they never named and that the higher Astronomus, the Hierophant, alone could ‘confabulate with’. But this seventh planet was not the sun, but the hidden Divine Hierophant, who was said to have a crown, and to embrace within its wheel ‘seventy-seven smaller wheels’.”[1]

Note: Who is said to have a crown…corona?

The Divine Hierophant(Uranus)tarot card portrays the High Priest or Shaman. He is seated between two pillars(duality) and wears the triple crown of the sun.  The right hand is raised in benediction and in his left hand he holds the triple 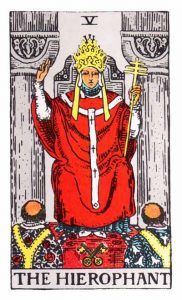 sceptre symbolic of the control he maintains over the the third dimension – mental, physical and spiritual. The Hierophant harnesses the Universe’s power and disperses it to humanity in the form of expanded awareness and spiritual practice. The two crossed keys represent a dualistic balance necessary to unlock truth. Uranus is a tool so to speak, that used as a guide can connect us with Source Creator.

The dark side of Uranus

Uranus was in Taurus 1934-1942. The nineteen thirties saw the great depression, the rise of Hitler and National Socialism culminating in WW2. Seventy five million people lost their lives. Forty million of the dead were civilians who were deliberately destroyed through genocide, massacres, mass bombings and starvation. The war was not about freedom. It was a political struggle for control amongst the elite hybrid families that run this world. And it seems history is about to repeat itself.

Uranus is back in Taurus and will stay in the sign of the bull for seven years: 2018-2026.  It’s energies of dramatic change are already being felt. Normal day to day life has been turned upside down. We are being herded into isolation, have lost our right to assembly and many cannot leave their homes. The whole world has folded under a virus. A pathogen that to date has killed 200,000 people world wide when regular flu kills 500,000 plus.

Are you getting the picture?

A dark age of technocratic domination

We are entering a new dark age of technocracy and totalitarianism. The Illuminati are occultists. They know the effects of Uranian transits on human collective consciousness and are ready to take advantage of it.  While we are locked up, 5G is being installed everywhere and starlink is just the beginning of what is to come. Just think of myriads of satellites beaming down 5G to millions of earth based receptors. Full spectrum dominance is on the cards, along with the rise of the Fourth Reich and national socialism. World war 3 and a massive reduction in population in accordance with Agenda 21 and the Georgia Guide-stones.

Spanner in the works

Unlike 1934-42 where the energies of Uranus were used to destroy mankind, this transit at the end of the Age will be very different. Uranus is the planet of earthquakes and its passage through the earth sign of Taurus will precipitate massive earth changes. The sceptre of Uranus is being thrust into the field of earth. The dogs of war will be obliterated in the new frequency that will bathe our planet. This is the time of Il Papa… the psychic sledgehammer and the Shift.

Many mansions or timelines

“In my father’s house there are many mansions” John 2 v14.

What is meant by this? Could it be referring to many realities and alternate time lines? Time lines that are only available en masse at the end of each twenty six thousand year cycle.

Speeding up our vibrations

I like to think of realities as musical sound waves or bands of moving colours. I sometimes wonder what sound I’m making and what colours are swirling in my auric field.  Am I content or am I discontent…am I resonant or dissonant? If we truly want to ‘ascend’ from this reality, we have to resonate on a higher vibration and quantum jump in the heart mind.

So how do we do that?

I recommend sun gazing per the protocols of Hira Raten Mantek. This spiritual practice dates back to the ancient world. From the Aztecs to the Egyptians, many past societies revered sungazing as an esoteric practice for high-ranking priests and shamans. Sungazing stimulates the pineal gland and charges the hypothalamus, powers the brain and boosts the production of serotonin and melatonin….the feel good hormones. Other benefits include: relieves stress and tension, increases energy levels, reduces the need for food and improves eyesight. Normally as we age the pineal gland shrinks. However brain scans of Hira Ratan Manek, a long term practitioner of sungazing, showed this 70 year old man having a pineal gland three times as big as a normal man.

“Nothing so endangers the fineness of the human heart as the possession of power over others; nothing so corrodes it as the callous and cruel exercise of that power; and the more helpless the creatures over whom the power is cruelly and callously exercised the more the human heart is corroded. It is the recognition of this truth which has brought the conscience of our age, and with it the law, to say that we cannot any longer with impunity regard ourselves as licensed torturers of the rest of creation; that we cannot for our own sakes afford it.” John Galsworthy.

All creatures that are enslaved, cruelly treated and die in fear have a slow dense energy field. When we eat their flesh the fearful vibrations saturate our body, bring down our resonant frequency and act as an anchor to expanding spiritual awareness. The original instructions from Source Creator was and is a plant based diet. Gen1 v29.

Humans are the only species that wear shoes and block out their energetic connection with the planet. It seems that so called ‘civilised’ people are not very smart (Grins)

Standing bare foot on the ground allows us to connect with the earth’s electro-magnetic energy radiating from the inner sun…the plasma core. The electrical charge enters through the chakra points on the soles of our feet. Earth energy recharges and stabilizes the electrical charge of our physical and auric field, promotes healing and creates a deep sense of emotional, mental, and physical well-being. Standing bare foot upon the earth harmonises our electro -magnetic energy so that it resonates with the earth field and also helps to remove the electro-smog from our digital world.

All forms of meditation, yoga and martial arts, and the ancient teachings that go with them all help to raise our vibrations and our spiritual resonance.

The Law of Return determines precisely what our future will be based on our present thoughts, actions and reactions. it delivers to us precisely what we are asking for based on our resonance. If we desire to leave this fear vibration and take advantage of the Shift, we must make sure that we consciously direct and maintain the quality of the energy we project through our thoughts, emotions and attachments. This will enable us to begin attracting and experiencing positive heart based events into our lives, and no longer be a slave to faulty thinking.  See my article: No Such Thing as Chance/ www.emeraldoctahedron.com

So my friends in the coming days, weeks and months stay strong in the heart.

It’s time to break out of the chrysalis and fly. 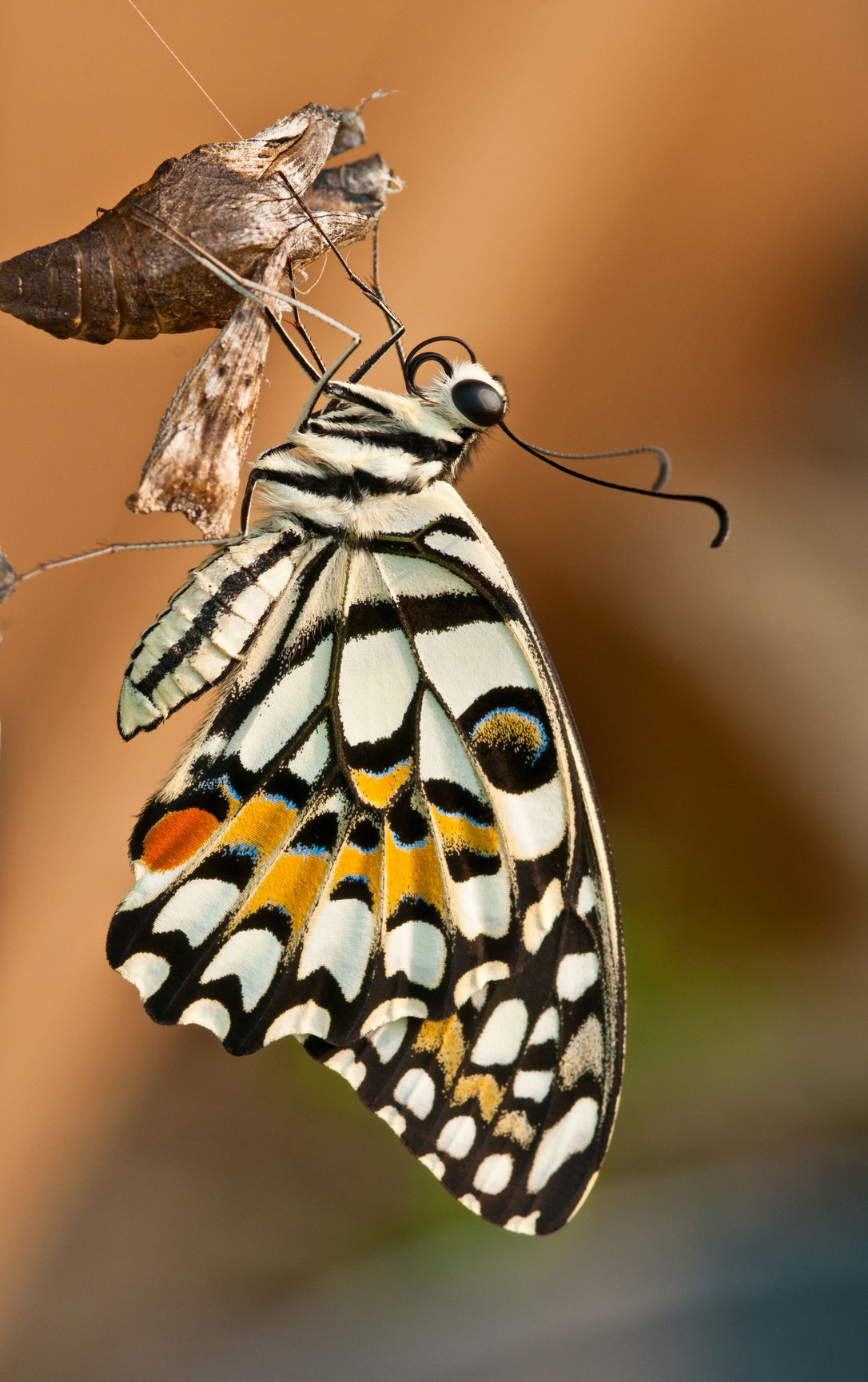