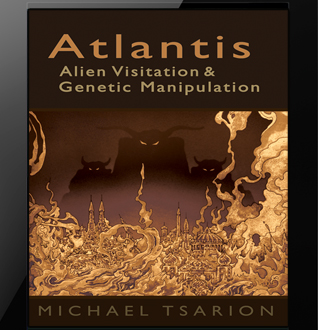 It took man over a million years to progress from using stones as he found them to the realization that they could be chipped and flaked to better purpose. It then took another 500,000 years before Neanderthal man mastered the concept of stone tools, and a further 50,000 years before crops were cultivated and metallurgy was discovered. Hence, by all scales of evolutionary reckoning, we should still be as far removed from any basic understanding of mathematics, engineering or science – But here we are, only 7,000 years later, landing probes on Mars…So, how did we inherit this wisdom, and from whom? – Laurence Gardne

Where and what was Atlantis?Who were the Atlanteans?Why do we habitually think of aliens and extraterrestrials as good and helpful?
Were they tutors or tyrants?Who or what were the “Fallen Angels?”Is Homo Sapiens a hybrid created by beings from another planet?Was the science of genetics known in ancient times?Are you “Homo Sapiens” or “Homo Atlantis?”How did evil come into the world?What is the difference between Atlantis and Lemuria?Did the “Ice Age” really happen?Did Eve cause the Fall of man?Why have women been slaughtered & suppressed?Who built the great megaliths, and why?Why has our technological expertise outreached our spiritual development?Who governs from behind the thrones of government and religion?Are the royals related to the ancient Anunnaki?Who or what are the “Reptilians?”Is the “New World Order” really new?What is the purpose of “black-budget” projects such as HAARP?Why are towns and cities laid out as they are?Why has our planet been drenched in blood from wars and crime?Are wars part of an elaborate evil ritual?Are we purposely kept in a state of psychic trauma?What do the legends of Ireland teach us about today’s world?

From henceforth you shall not ascend into heaven unto all eternity, and in bonds of the earth the decree has gone forth to bind you for all the days of the world