The Art of Word Magic and its Connection to Freedom and Christmas by Pao L. Chang 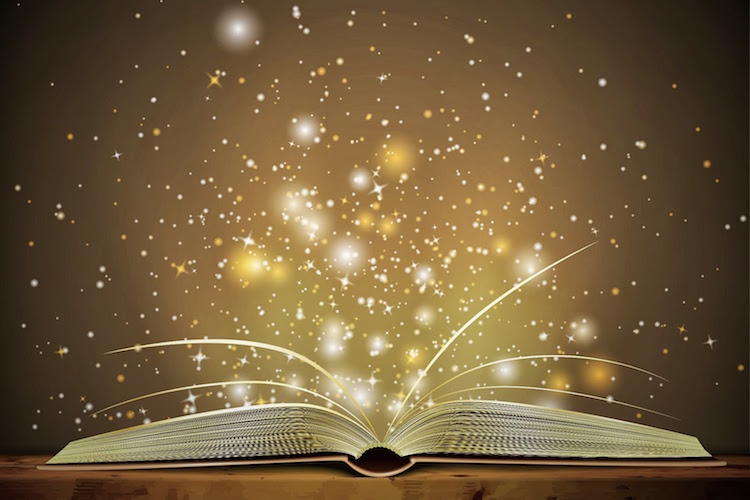 In the late 1700s, freedom was a very important and popular topic on people’s minds, especially on the minds of the people living in the 13 colonies. Today that passion for freedom is burning strong again, causing many people to once again become interested in their freedom.

This is a wonderful thing, however, when people do not “innerstand” what freedom is, it can lead them down a dangerous path. To innerstand what freedom is on a deeper level, you need to investigate the word freedom meticulously by studying its origins and different definitions. Furthermore, you need to investigate the words that have a strong connection to freedom, such as liberty. You also need to study how word magic is used to hide the deeper meaning of words, allowing you to see their hidden meaning.

The Origins and Definitions of the Word Freedom

One of the origins of the word freedom is the Old English word freodom, meaning “power of self-determination, state of free will; emancipation from slavery, deliverance”.

the state of being free or at liberty rather than in confinement or under physical restraint: He won his freedom after a retrial.

the power to determine action without restraint.

The state of being free; liberty; self-determination; absence of restraint; the opposite of slavery.

The power of acting, in the character of a moral personality, according to the dictates of the will, without other check, hindrance, or prohibition than such as may be imposed by just and necessary laws and the duties of social life.

Here is an excerpt from NaturalLawMatters.com that explains what freedom is in more detail:

In vibrant contrast to ‘liberty,’ ‘freedom’ does not connote a social position or status. Freedom is not a legal concept. Its origins belong to the field of natural law studies, specifically those concerning order and disorder in person-to-person or convivial relations. The aforementioned differs widely from order and disorder in social structures or organisations where individuals are occupants of socially defined positions.

Freedom derives from its etymological roots in the word ‘free’, an old Indian word ‘priya,’ meaning friend. Its Latin forms included ‘privus’ meaning exceptional or standing apart. Altogether these meanings in proper context refer to someone or something having no burdens of any type; no external imposed obligations or interferences. Freedom defines a state in which one is capable of doing according to his or her wishes without any external obligations.

A word that has a strong connection to freedom is liberty. The word liberty is defined by Dictionary.com using these exact words:

freedom from arbitrary or despotic government or control.

permission granted to a sailor, especially in the navy, to go ashore.

Freedom; exemption from extraneous control. Freedom from all restraints except such as are justly imposed by law. Freedom from restraint, under conditions essential to the equal enjoyment of the same right by others; freedom regulated by law. The absence of arbitrary restraint, not immunity from reasonable regulations and prohibitions imposed in the interests of the community.

It is interesting to know that in Black’s Law Dictionary (5th edition), three short paragraphs are used to define the word Freedom, taking up less than 20 percent of the page. As for the word liberty, over 10 paragraphs are used to define it, taking up more than one page. When you study the definitions of freedom and liberty in Black’s Law Dictionary (5th edition) deeply enough, you may notice that the word liberty has many definitions and a strong connection to artificial laws. When a word has many definitions, it can easily be used to trick you to agree to give up your natural rights to the State. This art of using words and definitions to trick you to do something is known as word magic.

In one of the Dictionary.com definitions of liberty, it says “permission granted to a sailor, especially in the navy, to go ashore.” A sailor is defined by Black’s Law Dictionary (5th edition) as “seamen; mariners.” The word seamen is defined by the same law dictionary using these exact words:

Sailors; mariners; persons whose business is navigating ships, or who are connected with the ship as such and in some capacity assist in its conduct, maintenance or service. … One whose occupation is to navigate vessels upon the sea including all those on board whose labor contributes to the accomplishment of the main object in which the vessel is engaged.

The word liberty has a strong connection to the ancient Roman goddess Libertas. In fact, the word for liberty in Latin is Libertas. Dictionary.com defines Libertas as “the ancient Roman personification of liberty”. In Roman mythology, the name Libertas was used to represent the goddess of freedom. This goddess was the female personification of liberty and personal freedom. Libertas was the Roman version of the ancient Egyptian goddess Isis. This Egyptian goddess was sometimes called the goddess of marriage and protector of sailors at sea. In other words, she was the protector of sailors/seamen.

Below is an excerpt from NaturalLawMatters.com that describes liberty in more details:

From the etymological source, ‘liberty’ denotes the legal status of a full member in a tribe or society. Membership may be an inherited status, alternatively one that is acquired through adoption or as an official favour. The word liberty is from the Latin word ‘libertas,’ which means a ‘descendent,’ being one who enjoys the same social position enjoyed by their predecessors. In todays political society, it typically is an attribute of citizenship, which is a construction of government. Liberty refers to permissions shared by people of a community or a state as they apply to its government.

In general, liberty is a fundamental attribute that provides one the ability to do what he or she wants. The real issue is, who exactly is to provide this attribute. It surely is not a natural gift, a natural right to do as one wants. For any given government controlled society it is necessary to examine its legal codes to ascertain the extent of one’s liberty. Liberty in one society may be very different from that in another.

Word magic is the art of using word play, definition and magic (magick) to transfer and/or hide information. All words have magic power because they were created based on sacred sound and sacred geometry, allowing them to direct and control energy to produce certain desired effects. One of the most powerful word magic spells is the name.

The Name Spell is one of the most powerful spells for deceiving and controlling you, which is why it is so effective for tricking you to believe that you and your name are one and the same. Your name is made up of letters which are symbols that represent ideas or objects. Because of this, in law, your name is not living and breathing. On the other hand, you (the living man or woman) are breathing and made of flesh and blood. As a result of that, you and your name are NOT one and the same. This short example shows you how the power of word magic can easily trick you to live in an artificial reality. Once you innerstand that you and your name are different, you should feel the Name Spell slowly losing its effect on you, causing you to wake up and remember who you truly are.

Below are some examples of how word magic is used to hide certain important information. These examples will show you the connection between word magic, freedom and Christmas.

When you separate the word freedom into two words, it transforms into the words free and dom. One of the origins of the word free is the Old English word freo, meaning “exempt from; not in bondage, acting of one’s own will”. Another one of its origins is the Old English word freogan, which means “to free, liberate, manumit”. As for the word dom, it comes from the Old English word dom, which means “statute, judgment”. Based on the definitions in this paragraph, the word freedom means “to be free or exempt from statute and judgment“. Today, there is no country in the world that has true freedom because the laws in every country are based on statue and/or judgment made by man.

The word Christmas is made up of two words which are Christ and Mass. The word Christ comes from the Greek word khristos, meaning “the anointed”. As for the word Mass, it is defined as “public celebration of the Eucharist in the Roman Catholic Church and some Protestant churches.” Based on these definitions, the word Christmas means “a religious celebration for the anointed.” Be aware that the word mass has a strong connection to magic rituals that acknowledge and worship the dead.

Christmas is the modern day version of the ancient Roman holiday called Saturnalia, an orgiastic festival that honored the god Saturn. One of the symbols of the god Saturn is the cube. When you unfold a 3D cube in a specific way and put it on a flat surface, it transforms into a cross. This is the cross that is used to symbolize Christianity. It is also the cross that the biblical character Jesus Christ died on. Hence, the word Christ-Mass/Christmas. In its original sense, Christmas is a pagan holiday for worshiping the god Saturn.

The examples above are only a few examples of how word magic is used to hide information from the public. To learn more about word magic, visit my website EsotericKnowledge.me and become a member.

Pao Chang is the author of EsotericKnowledge.me and OmniThought.org. For more content related to the article you just read, visit his websites and read his book titled Word Magic: The Powers & Occult Definitions of Words.