At the Eye of a Perfect Storm, The Ezekiel Stephan Story By Laurette Anderson 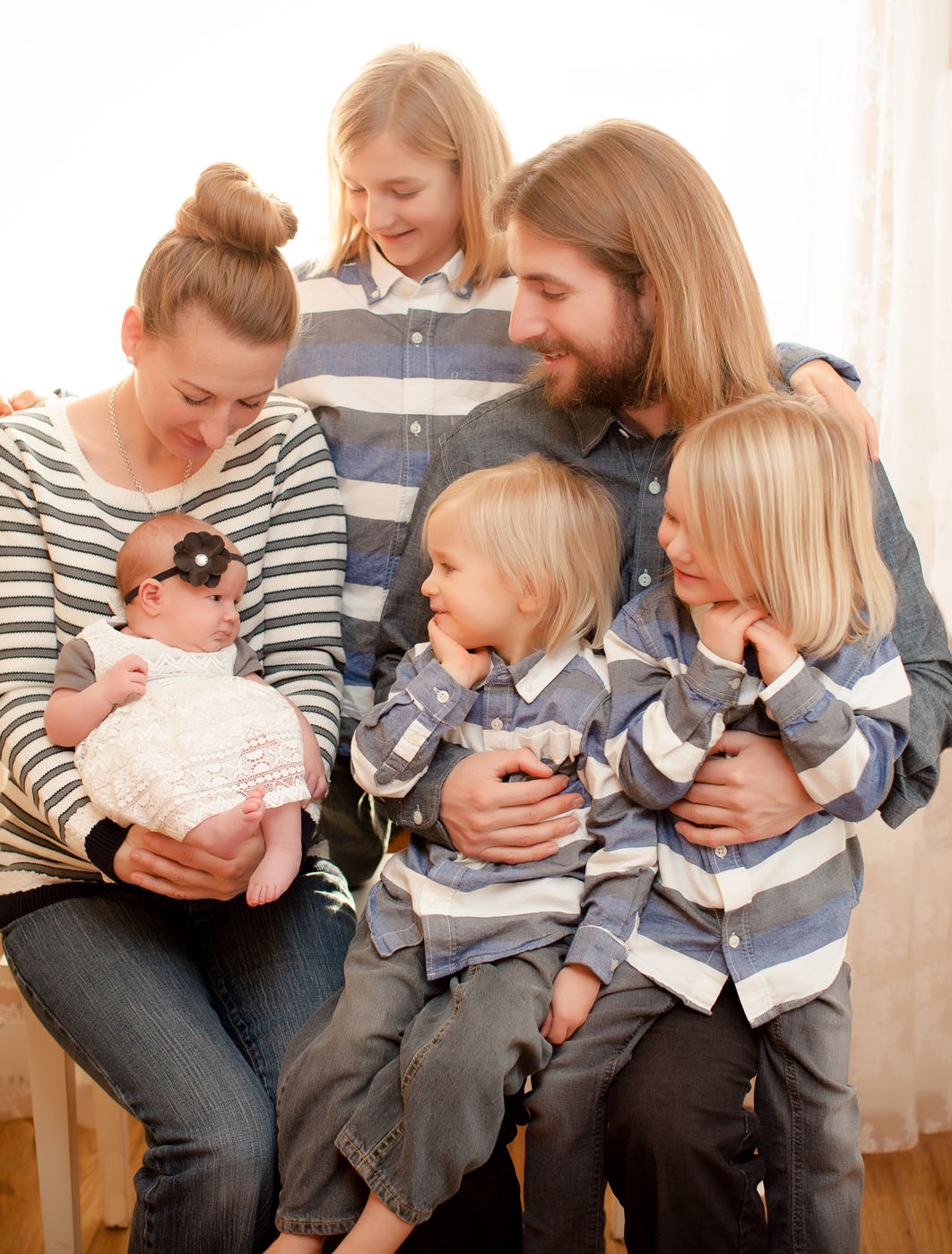 The tragic story of the death of Ezekiel Stephan and the resulting traumatic assault on his parents, which is ongoing even today, is a cautionary tale for all Canadian parents. This new status quo, a result of the outcome of our justice system, sets the scene of every parent’s nightmare. Ezekiel’s parents are being held to a much higher standard than any average parent. In fact, they are being held to a higher standard than medical professionals. There are several standing court decisions holding medical doctors blameless in situations where the symptoms were more obvious than in Ezekiel’s case; and these cases were actually bacterial meningitis – whereas Ezekiel’s illness was clearly, not, bacterial meningitis. And although he did not die of bacterial meningitis, as recently as this past February, the media still peddles that false narrative.

No one actually knows what killed Ezekiel Stephan. But why aren’t the authorities, both medical and judicial, interested in finding out what really caused his death? Why have they accepted the false narrative? Why have the Stephans themselves never been contacted by any of the reporters who have perpetuated the falsehoods against them? Since they were truly the only witnesses to the tragic events, ones the media claimed led to his death, you would think they would want to interview them as primary sources before writing such highly prejudiced and prejudicial stories in virtually every mainstream news outlet in Canada. Common sense would seem to demand it, unless, of course, there is a presumed and preferred narrative that such an interview might call into question. This leads this reporter to believe, and possibly conclude, that since every news agency in Canada has made the same claims against these parents, that they conspired against the Stephan family. It appears that the media are either recklessly reporting unsubstantiated and libellous drivel, or that they are being used to perpetuate a false narrative to distract the public from the serious lack of justice toward the family in this case’s outcome. Conspiracy, according to Oxford, is “a secret plan to commit a crime or do harm, often for political ends”. All news agencies spreading the same lie is proof in itself of conspiring, isn’t it? Political ends? How about creating propaganda and crisis in order to manipulate and slant public opinion in a predetermined direction. Yet, no outcry is to be heard at this dangerous precedent in the court.

If the Stephans are innocent, then what happened? The court says guilty, the media says guilty, and so we all believe they are guilty. Case dismissed. Remember, this couple is being held to a higher standard than any medical professional in a similar predicament with a patient. Even without an iota of training in diagnosing meningitis or any other deadly disease, they are being held responsible for not being able to read the subtle symptoms of what has been assumed, was a deathly illness. The charge of which they were convicted, “failing to provide the necessaries of life” is nebulous and easily abused terminology with a new precedent setting case for all future cases where parents can easily be deemed not meeting this vague standard of care. Whose standards? Stated as it is, it could refer to anything. “Necessaries” is vague to the point of meaningless.

There are discrepancies in the court and medical documents which scream injustice. Pertinent documents from the Crown, were either missing or were purposely out of order and hidden amongst other documents in disclosure, so as to be left unrecognizable. And though this is considered being ‘clever at law’, some of these documents reflect poorly, at very least, and it’s even possible criminally, at worst, on the investigators. Yet it can’t be considered in follow up appeals because, hidden or not, it’s old evidence now and non-admissible. In the end, the prosecuting team, investigators included, don’t come out of this matter squeaky clean but rather, it appears, they may have worked to slant the trial in a particular direction. Who knew? There was such a cacophony of misinformation created by the media that this reporter contends justice and truth were lost.

Then there are the people caught unwittingly in the maelstrom, those who genuinely attempted to save Ezekiel’s life in the first ambulances that arrived. Strangely though, they did not allow the parents to ride with Ezekiel in the ambulance. Is it possible neither of the two ambulances had the essential equipment that would have saved Ezekiel’s life? Obtained information indicates that he went eight minutes without any oxygen as a result of the missing equipment. Even the hospital didn’t log the use of the necessary and appropriately sized intubator tube until forty minutes after the child’s arrival. Why are our medical professionals put in the position where they cannot do their jobs? Is this the result of excessive budget cuts to an essential service? The very public that pays most of what it earns in taxation to the government for services gets the least out of it. Perhaps being emergency equipment it isn’t noticed as much, since the people affected are so traumatized anyway in these circumstances that the likelihood of them finding out and creating backlash by a public actually being informed of the scandal, is so very unlikely, that they go ahead and strip our medical system of funding without fearing any consequence. Will the emergency team cry out? Not likely, certainly not publicly, because there is a good chance if they did that they would be used as scapegoats to protect the system itself. There’s also a good chance they’d lose their jobs for speaking out and be written up as incompetent in their work. There is such a push ‘to go along to get along’ nowadays that we’ve all but forgotten what integrity is, and how important and essential it is to good governance. Top down integrity seems to be missing here.

So far, we have the media fabricating and perpetuating both rumours about bacterial meningitis and slanderous, persistent innuendo against natural medicine. We have an emergency crew ill equipped to save a child’s life both in the ambulance and at the local hospital. We have the justice system, according to recent discoveries, both burying censorious documents and possibly excluding what would have been exculpatory evidence for the parents. And we could, if this is all true, also have professionals perjuring themselves in a court of law. If so what was their agenda? Is it fair-game to say there was one? This reporter believes so. And why were the Stephans the ones chosen as scapegoats in all of this? It is here that we come to the reason critical to this story, and all of the insidious tentacles therein, to be explored more thoroughly in a following reportage.

Unless we, as Canadians, wake up out of our stupor and call out the foul play here, we are going to lose our precious rights, to be replaced by privileges that can, in a heartbeat, be taken away. Is there an agenda here that is bigger than the Stephans? You bet there is. And of course what is a good conspiracy without the pharmaceutical industry, the final tentacle in this debacle of justice. Does it benefit them if the Stephans are made an example of? You bet it does. As it stands today, the outcome of the court strikes fear into the hearts of parents – or at least it should – because if you don’t use the allopathic, or mainstream pharmaceutical drug system ‘of medicine’ when illness strikes your child, heaven help you: your next stop might be prison. And if you try natural medicines such as tinctures of garlic, onion, horseradish and hot peppers for colds, (not the disgusting smoothie that the media are claiming was force fed to Ezekiel) you might be smeared with not only believing in quackery but of “failing to provide the necessaries of life”. It means that Ritalin wins over a non-gmo, organic diet supplemented with vitamins and minerals, because that couldn’t possibly cure a mental issue like attention deficit disorder, to give just one example.

Did parties conspire to direct a certain preordained outcome? After much review of the facts, and after much thought, as well as actually interviewing both parents, it is my belief that Ezekiel’s mother & father did everything they could have done for Ezekiel, from the onset of illness to the moment they entrusted his care to the emergency team in the ambulance. According to the logs and documents obtained (others of which were mysteriously missing), it seems that Ezekiel’s safety and his life were put in jeopardy, not once, but several times.

In a forthcoming series we’ll explore each insidious aspect of this perfect storm, as they are all equally pertinent to discovering what actually happened to Ezekiel, and why this journalist believes his parents are innocents made into scapegoats for the medical system, the government, the justice system and big pharma, all of whom have a common agenda, an agenda of manipulating public opinion, to obtain a particular outcome far from justice or truth. Since none of the other media, the investigators, the medical or justice system wants the public to know what really happened, this reporter is going to undertake to fill you in, with recently gathered evidence, as well as re-examined evidence used in the original trial. We all need to understand the importance of finding justice in what appears to be a conspiratorial assault on the sanctity of the Canadian family. Stay with me for this series on Ezekiel Stephan, at the eye of a perfect storm. 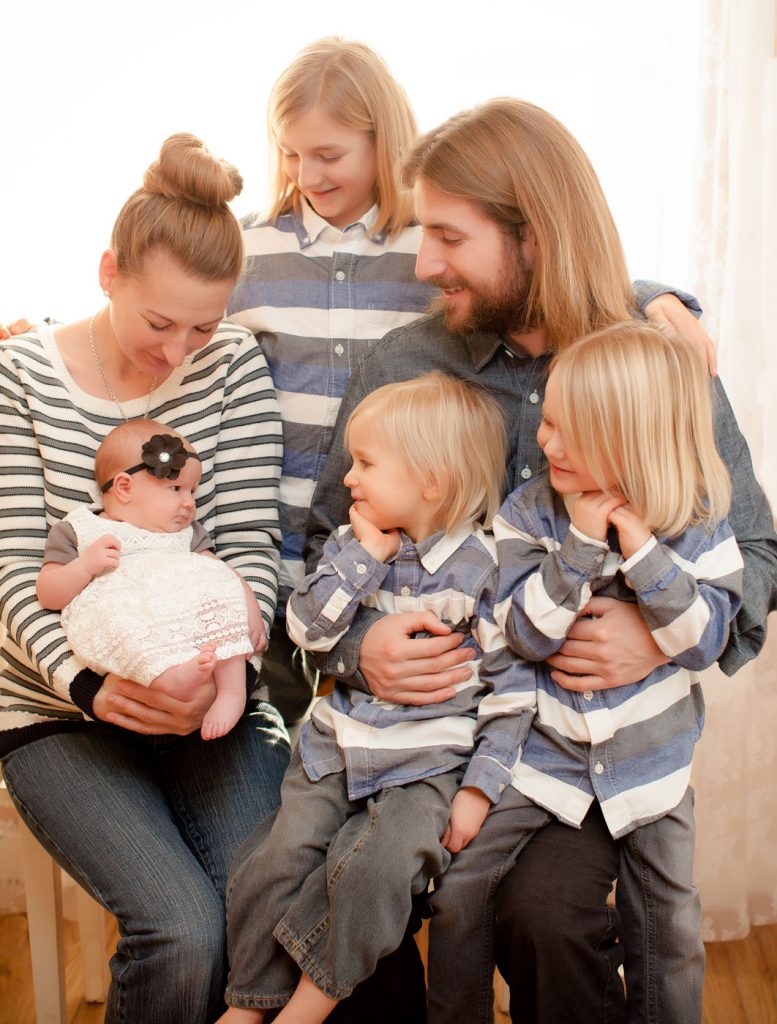