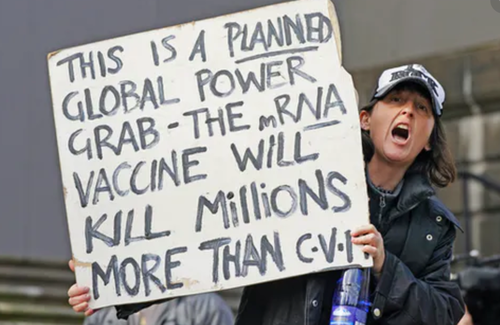 And if there is one thing that terrifies increasingly tyrannical governments, it’s a loss of control of the narrative, which is why the Australian government is getting a jump start on curbing any so-called “conspiracy theorists” daring to spread information that questions the fear-mongering being used to keep Aussie citizens under lock and key.

A new bill is expected to be debated by the Victorian government in the State Parliament this week. It gives local authorities the power to detain “conspiracy theorists” and people who refuse to self-isolate, reported Caldron Pool.

If passed, the COVID-19 Omnibus (Emergency Measures) allows the government to detain anyone labeled as a “high risk” or likely to spread COVID-19 negligently.

A state government spokesman told The Age that the rule could be applied to “conspiracy theorists who refuse to self-isolate or severely drug-affected or mentally impaired people who do not have the capacity to quarantine.” Those arrested under the new rule will be housed in quarantine facilities.

Attorney-General Jill Hennessy said the new bill would “allow us to continue responding to the challenges the pandemic presents, so we can keep protecting Victorians and delivering the services they rely on.”

So far, many of the anti-lockdown demonstrations have been held on the weekends. At least 200 people were fined and 74 arrested at a protest in Melbourne on Sunday. If the bill is passed, some protesters would be rounded up and arrested, and could spend time in a quarantine facility.

Clearly, the government’s intent to extend powers and detain conspiracy theorists and those who pose a risk of spreading the virus should be alarming to readers.

In a glimpse of what is ahead, authorities have already arrested a Melbourne woman for allegedly writing pro-anti lockdown posts on social media.

Notably, after widespread social media account deletions,TheConversation notes that QAnon has attracted a lot of followers in Australia, so what comes next? ‘Re-education centers’ for QAnons?

NEVER MISS THE NEWS THAT MATTERS MOST

ZEROHEDGE DIRECTLY TO YOUR INBOX