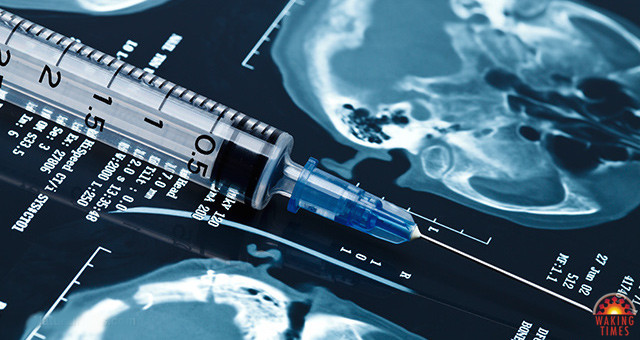 “The eugenics movement has always been problematic, it has always reflected a desire to have people be in perfect health as a society, not really as individuals, but as a group.” ~Liam Scheff

Eugenics in one form or another has always been a part of human culture, however it has taken a quantum leap since the 1800’s when it was first codified into science by Francis Galton. Now, in the 21st century, eugenics is broadly accepted to be immoral and unethical, yet is disguised in many aspects of our society, namely vaccination.

Speaking on the connection between eugenics and vaccines, and how families, most notably mothers, are destroyed when a child is vaccine injured, Liam Scheff, anti-vaccine activist and author of Official Stories: Counter-Arguments for a Culture in Need describes how the practice and ritual of vaccinating children qualifies as a eugenics project.

Eugenics is defined as, “the science of improving a human population by controlled breeding to increase the occurrence of desirable heritable characteristics.”

“Vaccination is a eugenics project. That is it is meant to improve the health of the species before sickness arrives. The eugenics movement has a history of killing and wounding many in the large populations to which the ‘science’ is applied. The vaccine movement, as part of the eugenic movement, is now killing families across the world and the United States.” ~Liam Scheff

A quote from the father of scientific population control, Thomas Malthusian, serves as a reminder of the true intentions of some scientists and social engineering programs:

“Instead of recommending cleanliness to the poor, we should encourage contrary habits. In our towns we should make the streets narrower, crowd more people into the houses, and court the return of the plague.

In the country, we should build our villages near stagnant pools, and particularly encourage settlements in all marshy and unwholesome situations.*12 But above all, we should reprobate specific remedies for ravaging diseases; and those benevolent, but much mistaken men, who have thought they were doing a service to mankind by projecting schemes for the total extirpation of particular disorders.

If by these and similar means the annual mortality were increased from 1 in 36 or 40, to 1 in 18 or 20, we might probably every one of us marry at the age of puberty, and yet few be absolutely starved.” ~Thomas Malthus, An Essay on the Principle of Population, 1826

This mentality is at the root of modern vaccination programs which are sometimes used as a means to sterilize a target population, but are more widely used as part of a larger agenda of a global depopulation slow kill.

“The eugenics movement has more or less been successful in killing a lot of people slowly. It’s dragging the mothers of America who understand this down into a very black hole from which there is no escape. Alone.” ~Liam Scheff

View the presentation by Liam Scheff below:

Alex Pietrowski is an artist and writer concerned with preserving good health and the basic freedom to enjoy a healthy lifestyle. He is a staff writer for WakingTimes.com and Offgrid Outpost, a provider ofstorable food and emergency kits. Alex is an avid student of Yoga and life.

This article (Author and Activist Explains the Link Between Vaccination and Eugenics) was originally created and published by Waking Times and is published here under a Creative Commons license with attribution to Alex Pietrowski and WakingTimes.com. It may be re-posted freely with proper attribution, author bio, and this copyright statement.