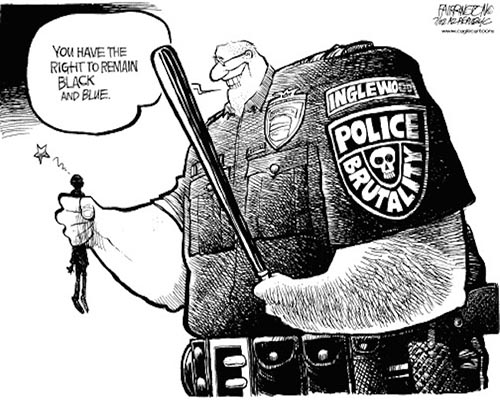 People in the modern world are quite literally waking up in droves and it’s really no surprise. For many it comes as a slow or perhaps even a sudden realization that something is terribly wrong. And it soon becomes apparent what the problem is.

In the world we now see before us in 2016, western governments have ceased even pretending they actually care what the people want or think or that they are going to bother even being nice anymore. In “response” to the recent events in Paris and Brussels, governments around the world have seized upon the opportunity to ramp the police state up at home as much as they can get away with. They have been almost falling over themselves to blanket the world with new legislation, they have been feverishly working to merge all global data gathering and retention into one massive global surveillance grid – to keep the people safe of course.

Through the never ending fear of terrorism the media constantly and methodically pushes into people’s minds since the attacks of 9-11, thus serving to make a stronger police presence more acceptable, our governments have eagerly and effectively removed almost every right from the populace in virtually all western countries. The interesting thing in them doing so however, is that if one speaks to people it becomes very apparent that it is not terrorism that now concerns the everyday suburban family, but rather the “protective measures”  their government is introducing. Yet it is a self-fulfilling prophecy because if the actions of the Government themselves, in their great rush to lock their countries down before the population wakes up and realizes the place is run by criminals, which is awakening the people to just how corrupt their governments actually are.

It has been something of a global phenomena. Where once neighbours would sit around discussing the local gossip or what one or two of their peers may be up to, now talk around the kitchen table turns more to matters of state, the oppressively brutal nature of modern police and the fact that maybe all those conspiracies the people down the road were talking about for all those years, weren’t just “theories” after all. And this is becoming the norm for more and more families in more and more countries. Now, at last, people can generally see that something is terribly wrong. It’s no longer something to speculate as being a possibility. Now it is an openly apparent and starkly visible problem that very much needs to be dealt with.

The question of course is how exactly are we to do so?

The one thing this society promotes in the minds of the populace is division. It may not appear to be that way on the surface, in fact Government and mainstream propaganda would have people believing the opposite, yet it exists in all aspects of our social structures. It exists in the very concept of a class based system. When one steps back and really begins to see this and notice how this divisionism programming is running subtly, like an underlying tone flowing beneath what is seen on the surface of society, you then begin to notice it everywhere. And there is a clue in the fact that so much effort is undertaken to push this divisionism, isolated mind set at into the hearts of the people. And that is because the parasites who rule this world know that were the people ever to recognize themselves and unite with each other, then their days of controlling this world come to a very swift close.  And it has always been this way, though in many ways in the modern world, keeping the people divided and fighting amongst each other has been taken to an entirely new level.

There were times in the past when people still communicated about real things in a real way. There were times when the entire town would meet to discuss things and decide upon their future. Then came the invention of television and almost over a very short time things began to change. Suddenly people did not need to go out and attend local meetings or be active in the affairs of the community at large, almost overnight they could be “up to date” on everything local, and then some, simply by staying home and tuning in to their favourite news personality who was always sure to keep them informed on all the “important stuff”.  And if it doesn’t make the news, well then quite obviously, it can’t really be that important. And what is the television “news” these day? It is little more than a shock and awe fear-fest. A carefully designed programming of constant fear, repeatedly punctuated with all the reasons you need government to protect you and all the reasons why you should join the military machine and go kill people abroad in order to keep things safe at home.

It is a continuous message delivered by all available mediums. It comes to us via television and newspapers, via media and games and Government, it is spoon fed to us subliminally in magazines, in movies and education, and it is always a repackaging of the very same thing: These are  dangerous times, war, famine, disease, global warming, comet impact, swine flu, Ebola, solar flares, imminent nuclear disasters and earthquakes, refugees, migrants, terrorism, ISIS, Al Qaeda,  Russia, China, Venezuela, Iraq, Iran, Syria, whoever, those guys over there who look funny, the “Muslims”,  world war 3… Always remain constantly aware that you are not safe, fear and terror lurks around every corner, you are just a little person, you are powerless, you can do nothing about anything, you are completely helpless without your government to protect you and most importantly that war brings peace.

The rise of the Military Industrial Complex has brought about vast changes to the manner in which business is conducted these days. In the past weapons were manufactured when they were needed as wars and conflicts developed. In modern times wars and conflicts are manufactured to keep up with weapons manufacture. After all, it’s no use making all those bullets and bombs if there is no one to kill with them, and these things have a shelf life. It’s all about the economics of it all and people are expendable. The world is overpopulated anyway… isn’t it?

This type of a mind-set and our constant believe in the economic value of everything has brought about some of the most severe situations ever seen. The list of environmental disasters for example, simply due to corner cutting and the desire to increase profits, has been almost unimaginable. From oil spills, water contamination through fracking, to situations such as the one still ongoing in Fukushima Japan, the list goes on and on and on. And always at the heart is the need for profits and to exalt the economic model of reality above all else.

It is this type of mind-set that has to stop.

Another huge issue we face in any attempt to overcome our current dilemma is peoples ingrained belief in authority and their willingness to follow orders at whatever the cost. Order followers have hugely contributed to our planetary woes whether they may realize it or not because in regard to human issues and the natural law of right and wrong, whenever any order is given, there comes with any following of that order, a grave moral responsibility. It is peoples placing aside of their morals wherein lies the problem. If people are required to deviate from their own moral compass to follow any order, then that order should be questioned and the moral right should hold precedence.

Though this is the way things are done these days, people’s willingness to step outside their moral compass is really the heart of the problem. Those people who are so programmed into following orders regardless of the consequences to humanity. Those whose belief in authority runs so deep that they will discard their fellow man in order to support a system that has lost its way and no longer serves the people it was constructed to protect.

In such a situation, it really comes down to the rest of us to shake the order followers out of their programming. There are a variety of ways this can be done but the simplest is to approach these people from a more human perspective. This is done, not by appealing to their humanity, but rather by stepping into your own and realizing that all you are dealing with is people. Employees in fact. Those who have been elected to office and tasked with the responsibility of managing our infrastructure in a responsible manner. They are nothing more, and when we approach such people in this manner, the barriers break down. Another method that must be employed is to remove support from such people. Remove support from order followers and those who engage in immoral and destructive activities as part of their “job”. If your partner is engaged in a form of work that is unethical, that supports a further consolidation of government power or is in any way destructive to people or the environment, tell them they need to find another job or find another partner. Make a stand on your own turf in your own home and help those around you come to realize that a stable future can only come from an empowered people and not via a controlling government.

The world is indeed facing difficult times, but all is certainly not yet lost. A great awakening is indeed taking place and we are on the verge of a very new reality. It can still go either way sure, however the overall positive attitude of many people in defiance of what we are facing is a very encouraging sign. People can see things as they really are now and in general, the people have had enough. If we can maintain our decency, not allow the reactionary monkey mind to control our actions and keep our focus where it is needed, on empowering ourselves and those around us then the 2016-2017 period could be a very good year indeed. Naturally it will be what we choose to make it and what we have the very real opportunity to choose here, is the time when mankind reclaimed their home and led the world and its creatures back to their natural state of abundance.

We simply have to make the choice.