Ban the Borg by Nowick Gray 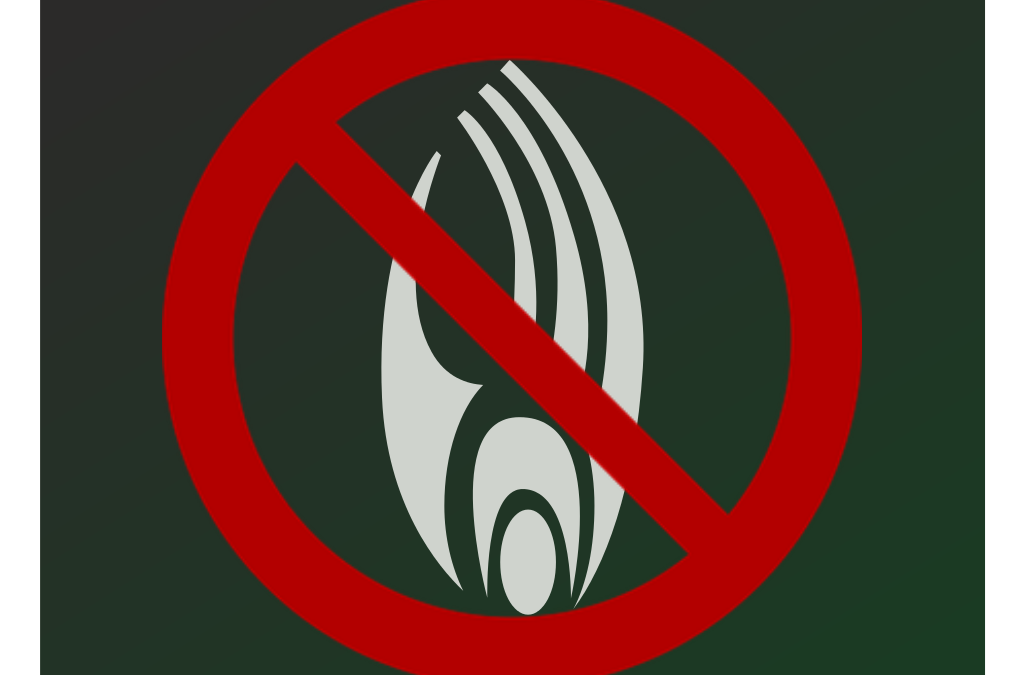 ‘The Borg are an alien group that appear as recurring antagonists in the Star Trek fictional universe. The Borg are cybernetic organisms (cyborgs) linked in a hive mind called “the Collective”. The Borg co-opt the technology and knowledge of other alien species to the Collective through the process of “assimilation”: forcibly transforming individual beings into “drones” by injecting nanoprobes into their bodies and surgically augmenting them with cybernetic components. The Borg’s ultimate goal is “achieving perfection”.

The Borg have become a symbol in popular culture for any juggernaut against which “resistance is futile”, a common phrase uttered by the Borg.’ —Wikipedia

Currently the Borg, in the humanitarian guise of the World Economic Forum and its fellow apex predators, are waging a war on humanity. The time is short for our survival as a natural species, against the technocratic drive to transhumanize us and separate us from our free and earthly nature. The problem is ably elucidated with appropriate urgency by Substacker BHerr in The Endgame:

‘The Endgame is this: to catalogue every human being electronically; to organize humankind into controllable and predictable global subjects; to control all natural resources; to make the globe “efficient”. A select few will sit at the top, and the masses will be below, living at the whim of the ruling class (who give Scouts honor they will be benevolent, fair, and generous.)’ —BHerr 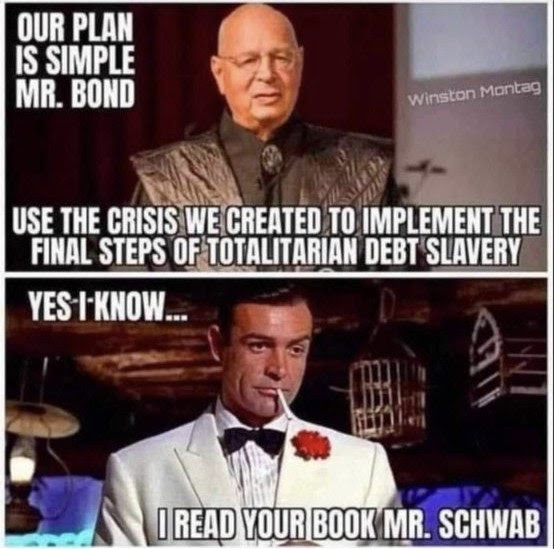 The vision of universal servitude is only enabled, indeed embraced, by docile populations under the media-induced psychosis known as Mass Formation, now widely exposed by Mattias Desmet as a collective hypnotic trance.

BHerr elaborates on this human side of the problem in a companion post, Mass Formation And The Way Out. Along with the needed alarm bell to wake us up from our Borg-friendly slumber, we need a positive vision of a way out, and a better way forward—”Fight the Borg and try to salvage our human dignity, freedom, and the essence of what makes us alive… [so] we’ll be able to pursue our successes and failures as individuals and as a race as a FREE people.”

BHerr goes on to propose massive and widespread pressure on media channels and influencers to turn the click-tide in humanity’s favor. That’s asking a lot of an industry that has already well demonstrated its capture by the Borg. Yet signs show it is already failing (Exhibit A, the crash and burn of CNN+), losing ground in the information war it has so far dominated with genocidal effect.

Still, gaining ground in the war against evil is not enough. We need a more positive vision to live for, to replace the Borgian fantasy world that is being programmed for us. 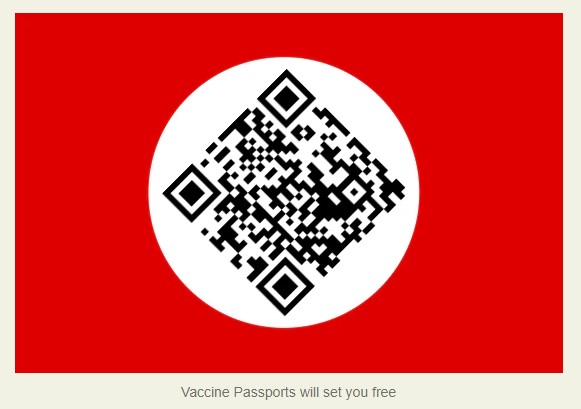 To see the world in 3-D, we need both eyes open. Neither a rosy positive vision or a fatally depressing one will motivate us with the promise of success. Taking both views together, we may be inspired to take remedial action. Rejecting apathy or a mandated brand of hope, and fueled by righteous anger over crimes against humanity, we may divert our course to a new, more human direction, a positive vision worth striving for.

Life, liberty and the pursuit of happiness. (USA)

Workers of the world, unite! (USSR)

All fine-sounding words, but those flying such banners have proved in the end to be a murderous bunch, more liars and thieves. The purveyors of positive political vision have given it a bad name, and their religious brethren of the ages have fared no better.

Given the current totalitarian push and its prevailing mass hypnosis, what is the way out?

The guideposts are the immediate causes of the mass psychosis that facilitates the rise of the totalitarian state (or global governance), as outlined by Desmet:

These conditions are sown by a lifetime of conditioning and coercion: from public schooling, media passivity and consumer culture, to corporate bureaucracy and political shadow puppetry. From the nuclear family to mutually assured destruction. From the Hollywood story line to the death squads in the wings. From academic niche to toxic seascape, we feel powerless and, if we are honest, abused. Without outlet, we crave like addicts more of the same, and numbly bow to our new masters, same as the old masters but with more insidious, more comprehensive, more scientific tools at their disposal. 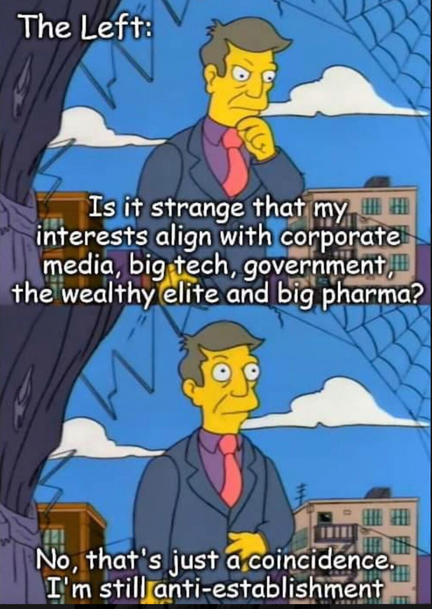 To get at the root of our vulnerability and break the toxic spell, we must first acknowledge our victimhood and awake to the real danger we are up against. Rejecting the globalist dystopia, we reassert our positive humanity.

We choose the path of voluntary association, away from the ruling pyramid.

We exercise our natural and instinctive right to free speech and self-determination, enshrined in our charters of rights and the principle of informed consent.

We take action to improve our lives in our neighborhood, town and district.

We put the lives, livelihood and well-being of our children ahead of vampire corporations, zombie financial interests, and other Borgian constructs.

Jon Rappoport clarifies that the main issue on the planet right now is not right or left on the political spectrum, nor the classic rich versus poor—nor even good against evil—but centralization vs. decentralization.

An allied concept is that of collectivism vs. individualism.

‘The new political axis is between individual freedom to choose and collectivism. Not left versus right. Not Nazi versus Woke…. I choose freedom, as embodied in the core beliefs and thought which nourishes the roots of the American enlightenment, the Declaration of Independence, The US Constitution, and the Bill of Rights. Not the collectivist world view which Davos Man and his WEF lackeys have cleverly weaponized to hide his egregious self-interest driven rape of the planet, its human capital, cultures and economies.’ —Dr. Robert Malone, Populism vs. Davos Man during COVID

Centralized control is exercised in the name of the collective good. To carry out collective decision making, centralization has been the dominant choice—or force.

Decentralization reaches its logical end in the individual; and the impulse to think and act locally begins also with the individual, a person in place. This is the basic human level of reality, from which family and tribe are added—a political skin to a social body.

Those not satisfied with their own skin (or kin) reach beyond to some imagined importance, elevation of status, power to employ, other souls to save. Closer to home, we get to know our neighbors when they grow our food, when they trade for our skill, when we share rides.

What is human? Is it strapped to a laptop, eyes glued to screen, counting digits in the matrix? Is it rising from the moss, to gaze skyward, and wonder what the new race has brought, uninvited? Surely it includes asking, What is human?

Obscured by the binary battlefield is the direction of a better way, the middle way.

The path that is not yet mapped, and laid with snares.

The program that cannot be named, funded, or infiltrated.

The future that unfolds by its own intelligence, not fed exclusively on data.

‘We can never know exactly where democracy is going to take us – not this time, nor the next, nor the time after that.’ —Peter C. Baker, quoted by Dr. Robert Malone, Populism vs. Davos Man during COVID

‘We need small communities that try every kind of self-governing experiment under the sun. Not so that we can select a winner and then install that system for 10 billion people. No. Rather, so people can decide their own fate. And if they don’t like what they’ve decided, they can change their minds. Quickly. In other words, people channel their whining and screaming and protesting and violence and destruction into ruling themselves, in manageable ways.’ —Jon Rappoport, Rebuilding civilization in the wake of losing this one

Between the collectivist and the individualist, we place the agorist, the friend and neighbor, the co-op store.

Between central government and no rules at all, follow a tribe, clan, neighborhood or parish council approach to solving problems.

This exit from the expanding box of central control has been called “fourth world” thinking. Along with a multiplicity of local initiatives, it picks up the thread of human sustainability from the surviving knowledge and traditions of indigenous peoples and cultures.

Though it once seemed a humane concept to “think globally,” Klaus Schwab and Bill Gates have shown us the anti-human vision behind the philanthropic mask. In the upheaval of the plandemic, their top-down force seems irresistible, whether we see it as negative or positive. 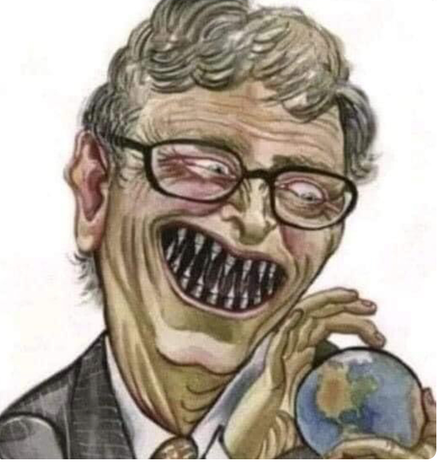 You may have already lost your business to the lockdowns, or your job to the vax mandate. Looking ahead to simultaneous failures of supply chains, currencies, and food and energy supplies, we will face two solutions: the handout of the friendly central government (if we have been good); or local, self-organizing, voluntary and mutual aid and trade to meet our needs.

The latter approach is the way of decentralization. It is often touted by the centralists as extreme—akin to unthinkable anarchy, social chaos, feudalism, and other primitive barbarisms. To paint the alternative so darkly closes the door of fear in the masses and reinforces blithe acceptance of the opposite extreme, central control. The conversation has left out the humane middle way: the positive human equation of creating social and economic relations in the place where we live.

Without paying duty, tithe, tax or tribute to the conquering parasite.

Invariably in our experience, unchecked governing power has created more problems than it promises to solve. Instead it chokes the native impulse to thrive, individually and collectively, as it indulges its own impulse of greed or sickness, evil or misguided ideal.

Cast it away, along with its rasping mouthpiece, the blown bullhorn of the mainstream media.

Find your own voice, and hear what your neighbor has to say.

If you don’t like the answer, the next step is up to you. Step up, or walk away. 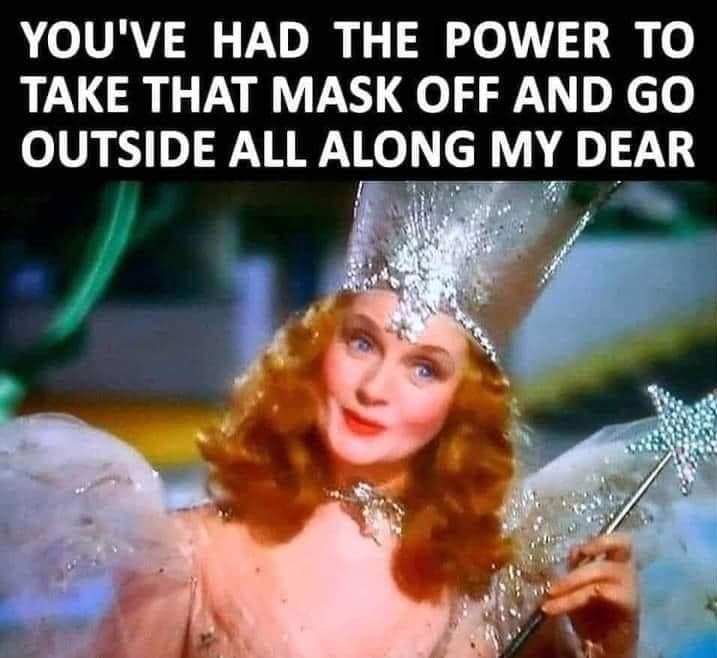 What does it mean to you, to be human?

From that stance, what makes sense to you moving forward? And is that sense informed by your own experience and intuition, or is it simply a cliché you’ve been given to repeat?

If that personal sense makes sense to you and me, where can it lead? Maybe we don’t know yet, and don’t need to know, as we continue in free cooperation to work out common solutions.

Rule number one: Open your eyes to the ground in front of you.

Is it broken pavement, cast aside for distant priorities?

Is it razed forest, a quick sale to a developer?

Is it a throne in front of the grandmother tree? 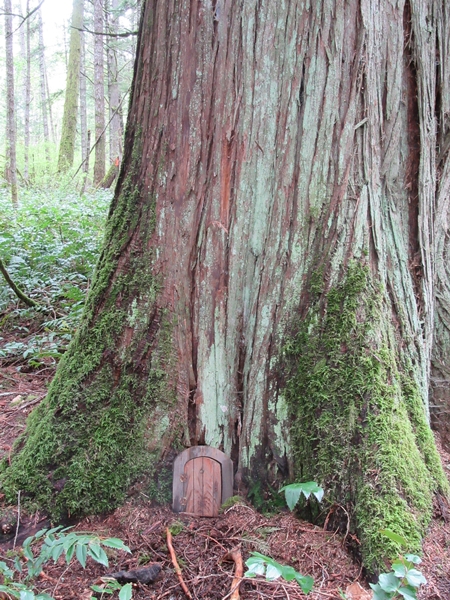 She called me in, from the momentum of my stride on the road, said come sit here.

I eased my back against her soft cedar bark, crouched cradled in her wide-root embrace.

I saw the carpet of moss, heard a trickling creek, smelled silence.

She said, This is how we do things here.

We start from here, come back to here.

“Everything you thought you wanted, where is it now?

And if you had it, what then?

That would be this.

What lies in front of you, in the silence.