Beyond All Structures By Jon Rappoport 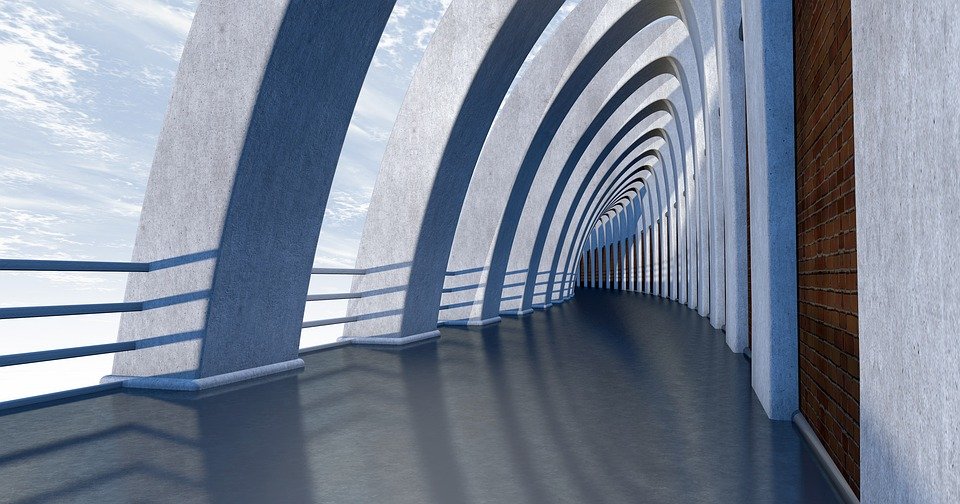 We are fascinated with structures and systems because they work, and because most of us feel an aesthetic attraction to them.

They work until you want to do something else.

Many people want to grab a structure and pull it around them and sit there like a bird in a cage. They want to hop from A to B to C and feel the satisfaction of knowing the route works every time.

Go into a corporation and say you want to talk to them about Creative Force and they’ll say, “What’s the system?”

Once, at a party, I told a personnel chief at a company, “The system is to stand on your head.”

“No. That would be too easy. People would find a formula for it. But figuratively, that’s what you want to get people to do.”

He scratched his head.

“I don’t know what you’re talking about,” he said.

“Exactly,” I said. “That’s where we start. I say something and you don’t understand. Then we have a chance.”

He laughed in an uncomfortable way.

“We don’t operate on non-systems at the company.”

“No, but if you let three or four people do that, they might come up with a product you never dreamed of.”

That he could understand. Vaguely.

Here’s how things work at most companies. The second-tier honchos decide it’s time for a new product. They call in the chief of production and ask him what could be done. He suggests a whiz-it 4, which is basically a whiz-it 3 with a few more bells and whistles.

The honchos give him the green light, and he goes to work. He triggers the structure he already has. He gets underlings to make sketches of whiz 4, and he assigns compartmentalized tasks to various departments under him. The timetable is eighteen months.

He appoints a project supervisor to oversee the whole thing.

The project supervisor pretty much knows what’s going to happen. The six departments in charge of bringing in the whiz 4 on time will do their jobs—except one key department will fail miserably, because three guys in that dept. are lazy. They find ways to delay operations. They ask meaningless questions. They let work pile up on their desks. They meddle in other people’s business.

Twelve times, the supervisor has tried to get these idiots fired. No go.

So everybody settles down to grind of bringing in whiz 4 on time.

This can make magic the way an ant can fly to the moon.

So long ago it was in another life, I taught private school in New York. There were six kids in my class, all boys. I was supposed to teach them math. They were all at different levels. They had no ambition to learn math. No matter what I did, they performed miserably. Add, subtract, multiply, divide, decimals, fractions—it didn’t matter. If they managed to learn something on Monday, they forgot it by Tuesday. It was rather extraordinary.

So I took them to an art museum one morning. They were as lost there as they were in the classroom. But I wasn’t. That was the key. I was already painting in a little studio downtown, and I was on fire.

So I began to talk about the paintings. The Raphael, the Vermeer, the Rembrandt. The De Kooning, the Pollock, the Gorky. I had no plan, no idea. I just talked about what they could see if they looked.

And then we walked back to school and I set them up with paints and paper and brushes and told them to go to work. I said I didn’t care what they painted. Just have a good time. Do something you like.

All of a sudden, they weren’t making trouble. They were painting. No more whining and complaining.

I walked around and watched them go at it. I pointed to this or that area and mentioned what I liked.

There was no way to measure or quantify or systematize what the kids were doing that day, but they were coming alive, out of their sloth and resentment.

Then we got back to math, and it was as if they’d all experienced an upward shift in IQ.

That night, back in my studio, I made a note in my notebook. It went something like this: Give them a non-structure, and then follow it with logic; it works.

So that was that.

There used to be something in this culture called improvisation. People understood what it was, even if they wouldn’t do it themselves. Now the word has almost vanished. Same with the word spontaneity. The moment when eye, mind, and brush meet canvas. When mind meets the new. When the inventor suddenly gets up from his chair and trots over to his workbench and starts putting pieces together.

This becomes magic because imagination jumps into the fray. The urge to invent takes the foreground.

The trouble with all these imported Asian spiritual systems now is they have a long and distinguished history, and the history tends to infiltrate everything that’s happening. It’s venerated. You need a clean slate, a wide open space. You need Now.

You need Now, which is dry tinder to the spark of imagination.

Magic isn’t really a return to the mystical past. Alchemy was what people did in the Middle Ages to give themselves a Now, on which they could inject the flame of their imagination.

At its highest levels, it wasn’t a system. Not really.

But if you have enough history at your back and you stand away far enough, everything looks like pattern and structure and system. That’s the illusion. That’s the deception.

Systems allow people to see and also make them blind. If they can’t fold an event into a structure, then for them it isn’t there. This is very interesting. This is where all the myths of Hermes (aka Mercury) sprang from. He was the figure who flew and passed through walls and had no barriers in the space-time continuum—the tin can we call universe. So people pretended, at a deep level, that they were unable to comprehend him. He was invisible to them. He was a trickster. He toppled idols of the hidebound, rule-bound, system-bound society.

Mythologically, he ranked very high in the pantheon of the gods. There really was no reason he couldn’t be considered the king of the Olympians.

But he didn’t want the throne or the lineage. That was just another structure, erected by his god-colleagues, who were bored out of their minds and desperately needed the entertainment and distraction it could provide.

Hermes lived deep in the fire of his own speed and improvisation and spontaneous action.

He didn’t need metaphysics or cosmology. He already embodied them, and much, much more.

To him, the notion of shared, consonant, brick-by-brick reality as the longed-for ultimate goal became an enormous joke.

The word “art,” across the full range of its meanings, is what happens when, departing from a platform of structure, a person takes off and discovers he doesn’t want to wait around a cosmic railroad station looking at What Is forever. He wants to invent what isn’t there.

CODA: If you lined up five or six of the greatest artists who ever lived and you pressed them hard enough, they would be forced to admit that, no matter what plan or program or system they had laid out for one of their masterpieces, beforehand, their highest moments of creation, which they launched after that, were utterly unexplainable. Not possible to analyze in any way. Beyond any structure.

Beyond anything that society or government could supply.

And now, compare THAT to the stench-ridden welter of COVID science and policy and restrictions that—as a system—have enveloped the world for the past two years.

If you were a security guard at a museum, you would come across this COVID structure and see it as nothing more than a damp mark on the floor in front of one of the immortal Goyas or Vermeers; you would find a mop and remove it and walk on.

And that would be that.

STRUCTURE—even evil structure—is the default people accept as the end-all and the be-all when they can’t fathom there is anything else.

Freedom, which is outside government and society, is the gateway to Everything Else.