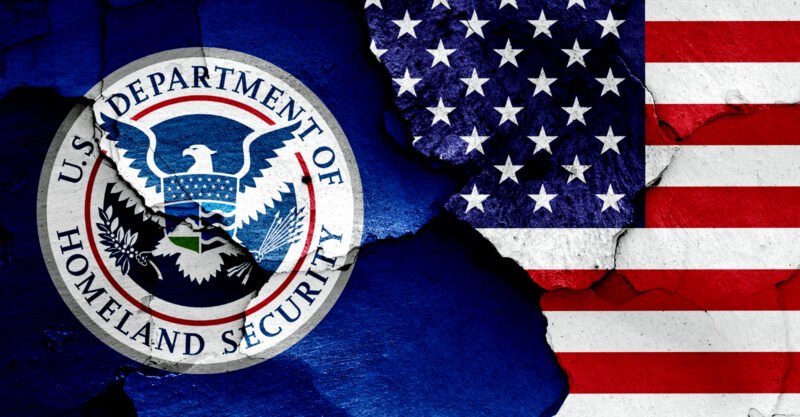 “The ramifications of a government — any government — having this much unregulated, unaccountable power to target, track, round up and detain its citizens is beyond chilling,” John Whitehead, attorney and author told The Defender.

The U.S. Department of Homeland Security (DHS) is promoting “Enhanced Border Security Agreements” by offering access to the department’s vast biometric databanks  to foreign states that agree to reciprocate, according to a July 22 Statewatch report.

According to the document, the IBIS Program provides “a scalable, reliable, and rapid bilateral biometric and biographic information sharing capability to support border security and immigration vetting.”

Biometric technologies work by identifying unique features in the biological traits of a person and comparing them with stored information to see if a person is who they say they are.

According to DHS, these traits — which could be physical, such as a fingerprint or iris pattern, or behavioral, such as voice patterns — are used for “automated recognition” of individuals.

Some human rights and civil liberties advocates raised concerns about the collection of people’s biometric information by the DHS, foreign governments and corporations.

“It’s not just the surveillance and the buying and selling of your data that is worrisome,“ John Whitehead, a civil liberties attorney and author told The Defender.

“The ramifications of a government — any government — having this much unregulated, unaccountable power to target, track, round up and detain its citizens is beyond chilling,” he said.

The soaring use of biometric technologies is about money and profits, Whitehead said.

“We have been reduced to data bits and economic units to be bought, bartered and sold to the highest bidder by the government and corporate America.

The extensive surveillance of U.S. citizens — first revealed by former NSA contractor Edward Snowden in 2013, and the subject of a lawsuit by the American Civil Liberties Union (ACLU) — still operates with no judicial and limited congressional oversight, according to a June 2021 report in The Washington Post.

While the NSA’s continued surveillance of citizens is problematic, Whitehead said he’s more concerned about today’s genetic “panopticon” — a digital prison of constant surveillance — in which “we’re all suspects in a DNA lineup, waiting to be matched with a crime.”

“In an age of overcriminalization, round-the-clock surveillance, and a police state eager to flex its muscles in a show of power, we are all guilty of some transgression or other,” Whitehead co-wrote in a July 27 article for the Rutherford Institute.

We’re being surveilled right down to our genes’

Corporations and governments around the world are rapidly investing in new technologies for identifying and tracking people, according to Global Newswire, which in June estimated the market to be worth just north of $49 billion in 2022 —  and projected it will more than double, to $102 billion, by 2027.

Commenting on the prolific use of biometric technologies, Whitehead said:

“We’re being surveilled right down to our genes, thanks to a potent combination of hardware, software and data collection that scans our biometrics — our faces, irises, voices, genetics, even our gait — runs them through computer programs that can break the data down into unique ‘identifiers,’ and then offers them up to the government and its corporate allies for their respective uses.”

According to Whitehead, a current for-profit surveillance capitalism scheme that threatens people’s privacy is made possible with individuals’ cooperation.

“All those disclaimers you scroll through without reading them, the ones written in minute font, only to quickly click on the ‘Agree’ button at the end so you can get to the next step — downloading software, opening up a social media account, adding a new app to your phone or computer — those signify your written consent to having your activities monitored, recorded and shared,” Whitehead said.

He also noted that “every move you make” online is “monitored, mined for data, crunched, and tabulated” so that marketers can get a picture of who you are, what makes you tick and how they can best influence and/or control you.

“With every smartphone we buy, every GPS device we install, every Twitter, Facebook, and Google account we open, every frequent buyer card we use for purchases — whether at the grocer’s, the yogurt shop, the airlines or the department store — and every credit and debit card we use to pay for our transactions, we’re helping corporate America build a dossier for its government counterparts on who we know, what we think, how we spend our money and how we spend our time.”

On any given day, Whitehead said, the average American going about his daily business will be monitored, surveilled, spied on and tracked in more than 20 different ways by government and corporate eyes and ears.

“The technology has advanced so far that marketers (political campaigns are among the worst offenders) can actually build ‘digital fences’ around your homes, workplaces, friends and family’s homes and other places you visit in order to bombard you with specially crafted messages aimed at achieving a particular outcome.”

Whitehead said the level of transgression by corporations on individuals’ privacy is so invasive that if the perpetrators were individual stalkers, those falling prey might call the police.

But that wouldn’t be effective in this situation, he said, because U.S. law enforcement services are frequently involved in biometric surveillance.

“If anyone else stalked us in this way — tailing us wherever we go, tapping into our calls, reading our correspondence, ferreting out our secrets, profiling and targeting us based on our interests and activities — we’d call the cops.”

“Unfortunately, the cops (equipped with Stingray devices and other Peeping Tom technologies) are also in on this particular scam.”

Police use of facial recognition ‘deservedly’ gets ‘bad press’

Part of what makes public discourse on biometrics potentially confusing and controversial is that there are multiple uses for a single technology, said Michael Magrath, a high-level consultant on digital identity and a privacy and security advocate.

Magrath told The Defender that facial recognition technology, in particular, is used in various ways and those ways should be assessed separately.

Magrath is managing director of the digital identity practice for the consulting firm Kuma — a global privacy, security and identity company that specializes in custom cybersecurity solutions.

According to a June 27 press release, Kuma is the world’s first and only assessor to offer digital identity certifications for the U.S. and Canada.

“We need to delineate the use cases that use facial recognition,” Magrath said. “I like to view them as two different use cases.”

According to Magrath, the use of facial recognition technologies by law enforcement “really gets bad press and, in my opinion, deservedly so.”

Magrath said he opposed having “cameras all around” cities that videotape people and use facial recognition technology without their consent. “I don’t agree with that at all,” he said.

Ted Claypoole, legal expert and cyberspace committee chair for the American Bar Association, also flagged this use of facial recognition technology because of how it threatens people’s right to privacy.

Claypoole, who recently co-authored the book “Privacy in the Age of Big Data: Recognizing Threats, Defending Your Rights, and Protecting Your Family,” told The Defender that privacy concerns surface when biometric face data captured by video cameras are run through artificial intelligence (AI) recognition programs.

“Suddenly,” Claypoole said, “the users of these systems can identify by name every person who passed through an intersection one day or who walked into a women’s health clinic.”

“There is an important part of our modern lives called privacy-through-obscurity,” he said.

“If you are sitting in a crowded park, you don’t expect everyone to know who you are. If you did, it would inhibit your behavior. So when the police can use facial recognition systems to scan and identify everyone in a peaceful political march, that obscurity is threatened, and so is your First Amendment Right to free association, which can rely on obscurity in certain circumstances.

“If people who can threaten your privacy, like the police, Facebook, your boss or your mother-in-law, have the ability to watch certain areas and identify the people who appear there, then you have lost significant freedom of movement and association in your life.”

Magrath and Claypoole said they find such use of facial recognition concerning.

Magrath also noted this is very different from the biometrical technology that uses facial data to log into a personal device, such as a phone.

Magrath said he would call AI’s use of facial data for logging into a phone or computer “facial matching as opposed to recognition.”

“Ideally, the biometric is stored securely in the device and does not go up into some big data warehouse in the sky.

“The matching would be done on the device. The fingerprint or face would be determined through the algorithm to be me, and I can log into a website or my phone, or whatever.

“That’s done on the device, and it’s very secure.”

The ACLU urges citizens to critically assess different kinds of biometric technologies and how they are used — especially when their community’s police force wants to implement a new surveillance technology.

Six questions to ask before accepting a surveillance technology

“If police in your community are saying they want to install a new surveillance technology — face recognition, cameras, or license plate scanners, for example — they’re likely to be touted as the way to prevent all manners of evil, from terrorism to street crime to fraud to package theft.

“If we just record everything, surveillance boosters would have us believe, we can stop or solve crimes and life will be better.

“The authorities will also probably have specific stories they tell you — hypothetical or real — in which the technology saved the day.

“How should we process those claims? If the technology can do some real good, should we accept it?”

According to Stanely, citizens should ask these questions before accepting a surveillance technology:

Surveillance technologies must be held to public scrutiny, Stanely stressed, because “side effects from surveillance can include the loss of privacy, the possibility of abuse, chilling effects on creativity and freedom of expression, and disparate racial impacts that worsen existing social injustices.”

Suzanne Burdick, Ph.D., is an independent journalist and researcher based in Fairfield, Iowa.

Sign up for free news and updates from Robert F. Kennedy, Jr. and the Children’s Health Defense. CHD is implementing many strategies, including legal, in an effort to defend the health of our children and obtain justice for those already injured. Your support is essential to CHD’s successful mission