BEYOND MAINSTREAM MEDICINE: REMEMBERING OUR SUPER HUMANITY WITH WIM HOF 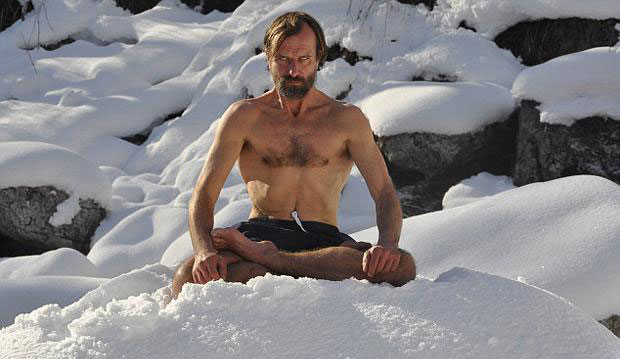 BEYOND MAINSTREAM MEDICINE: REMEMBERING OUR SUPER HUMANITY WITH WIM HOF

The entire mainstream medical establishment has been built upon the supposition that something outside yourself is required for healing to occur. Such a system will tell you that there are no answers to be found within because you alone are somewhat helpless and powerless. According to mainstream medicine, only patented products and procedures that can be billed to your insurance company can heal…everything else is invalid, illegal, unscientific, or just plain quackery. Yet beyond those neatly cramped and confined limitations, better accommodations await those who posses the curiosity to venture into the depth of their own abilities waiting patiently to be activated just beneath the surface.

Meanwhile, the coveted peer-reviewed process used to study, approve, and legalize patented pharmaceutical medications is experiencing a major loss in integrity. Those within the medical and research community are blowing the whistle on the ease and regularity of data manipulation, conflict of interests, and common inaccuracies that run rampant within the current peer-reviewed research process. This is especially the case when it comes to pharmaceutical drugs.

“It is simply no longer possible to believe much of the clinical research that is published, or to rely on the judgement of trusted physicians or authoritative medical guidelines. I take no pleasure in this conclusion, which I reached slowly and reluctantly over my two decades as an editor of the “The New England Journal of Medicine.” -Marcia Angell, MD, “Drug Companies and Doctors: A Story of Corruption.” NY Review of Books Jan. 15, 2009

You are already complete. This is not metaphysical, new age rhetoric. This has become a demonstrated fact thanks to the life’s work and teachable techniques of Wim Hof. He and anyone he teaches his simple techniques to are able to show consistently reproducible results to influence, for the better, their immune system, their hormonal system, and their body temperature. Hof’s teachings, techniques, and wild demonstrations are rapidly grabbing hold of the public’s attention. Super human feats like climbing Mount Kilimanjaro in his shorts, holding the world record for the longest ice bath, running a full marathon in Finland in -4 degree Celsius temperatures and more are done with the aim of shattering the limited beliefs of humanity causing onlookers to consider what is really possible.

While researchers are left speechless and clamoring for more, a bigger picture has been glimpsed. The results tell a story of a pharmaceutical establishment that may no longer be needed if Hof’s ideas begin to influence and capture the consciousness of humanity. Hof’s goals are for every person to have abundant health, happiness, and strength. Areas that he and anyone he teaches are able to influence at will. If you could influence your immunity at will, would you reach for a drug or risk getting a vaccine?

Hof’s work and techniques are grounded and mirrored in many ancient religions and cultures. Although Hof isn’t the first to reclaim and demonstrate his rightful human attributes free of limitation, perhaps he certainly has the best public relations and brand (developed by his son.) The ‘Wim Hof Method’ as it is referred to has three simple components:

It is known throughout the science and medical research that consistent, reproducible, and qualitative findings trump computer models, theories, and expectations. Hof’s method can allow practitioners to influence their autonomic nervous system and their innate immune response. Up until this research was documented and published by the Nijmegen Institute for Infection, Inflammation and Immunity at Redbound University, Netherlands, both the autonomic nervous system and the innate immune system of humans were regarded as systems that could not be voluntary influenced. The researchers concluded the following:

“The present study demonstrates that, through practicing techniques learned in a short-term training program, the sympathetic nervous system and immune system can indeed be voluntarily influenced. Healthy volunteers practicing the learned techniques exhibited profound increases in the release of epinephrine, which in turn led to increased production of anti-inflammatory mediators and subsequent dampening of the pro-inflammatory cytokine response elicited by intravenous administration of bacterial endotoxin. This study could have important implications for the treatment of a variety of conditions associated with excessive or persistent inflammation, especially autoimmune diseases in which therapies that antagonize pro-inflammatory cytokines have shown great benefit.”

Hof’s findings are supported by a March 2000 study in the European Journal of Applied Sciences who concluded that water immersion of 14 degrees Celsius increased metabolic rate by 350 percent, norepinephrine by 530 percent & dopamine by 250 percent. 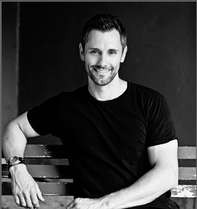 Jefferey Jaxen is a researcher, investigative journalist, writer and voice for health freedom on the front lines of society’s shift towards higher consciousness.  Jefferey is constantly working behind the scenes to spotlight the untold, censored and under-reported stories of our time. His mission in life is to teach & empower others to take back their power and heal themselves. As a compelling writer, active researcher, and creative force his work has been catapulted into the mainstream. Jefferey has been featured in the documentary The Truth About Cancer: A Global Quest. His writing has been featured by RT, Natural News, InfoWars, Collective-Evolution, Waking Times, GreenMedInfo, The Truth About Cancer and countless others. Along with being a regular guest on national and international television networks and radio shows, his articles are read by tens of thousands weekly. Jefferey is actively working with the media outlet The Highwire with host Del Bigtree provide breaking news stories and investigative reporting.

Jefferey took to the ideals of consciousness and alternative health at a very young age while studying the martial arts. Inspired by the works/teachings of Jiddu Krishnamurti, Osho, Moshé Feldenkrais, Bruce Lee, Hunter S Thompson, Dr. Martin Luther King Jr., Mahatma Gandhi & many others. Later, he made the decision to walk away from a Doctorate degree knowing there was more value in seizing a once-in-a-lifetime offer to do trailblazing mind/body research at the time. It proved to be the springboard from which he has never looked back. Continuing to find himself working alongside some of the top minds in alternative health, medicine, and consciousness, Jefferey spends his time as a constant learner taking part currently in many alternative & holistic health research projects. An adventurer always up for the next challenge, he keeps his ear to the ground for techniques, ideas, & solutions to issues humanity currently faces.