Beyond the Flaming Kaleidoscope of Humping Hermaphrodites, Coupling in the Wheel of Fire.

Beyond the Flaming Kaleidoscope of Humping Hermaphrodites

Coupling in the Wheel of Fire.

There was never any doubt in my mind that Notre Dame was set on fire, by the same deluded Satanists that are behind all the trouble and torment of our times. The hands of darkness that threaten the light of the day, press in their awesome and manufactured weight upon the human spirit. Heaviness and despair are Siamese Twins, gone a-muck from the fire of poisoned vaccines. In the end, one will prove stronger and strangle the other. Evil does, of course, always destroy itself. 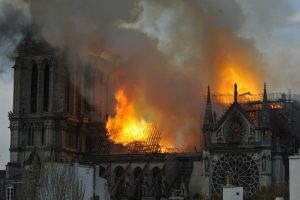 As tiny as the world may be, in the relative scheme, of this vast and unmeasured universe, it is far too great a reach of time and space and objects… for me to even try to change. Billions of souls, in dreams of appetite, yearn to be in that magic land of Kardashian excess and languorous depravity; a world where anything anyone could want, is in reach, or a mere phone call away. Nimods and Minions, twist and writhe to the perky pulsing embarrassments of Ariana Grande. How did it ever get so ignorant and infantile? “It did it in increments, Visible. It crawled in a slithering snake dance, of moment to moment reversals, over the previous moments, forgotten in the turn of each bending curve.”

Salon and Slate, MSNBC and Huffington Post, squeal like pigs being castrated; “Trump! Trump!! Trump!!! Where are the gay, cross species, android candidates of color!?! Where is the transitioning gender bending guidon of, everlasting temporary change? Where is the flaming kaleidoscope of humping hermaphrodites, coupling in wheels of fire, reaching from the other side of the mirror, like vampire sirens, for the pleasure of your company? Are they okay? Do they have enough blood? 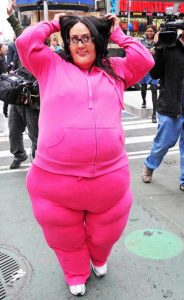 Never fear, their prophets, present and pending, will find their way to those Elysian Fields of pigs swimming in warm Jello. Their rutting hungers and porcine passions satisfied at last!”

Freedom!!! The freedom to be me!!! What a glorious intoxication it is to be able to be anyone and anything I want to be and it doesn’t matter if I have even a remote clue about the meaning of all those enduring things that are meaningless to me. ‘Cause… cause, I don’t care! Yep… you betcha- my parents fucked me up, big time.

Let me be really clear here. None of this is about equality, or diversity, or remotely about what is fair and right. This is about opening the gates of Hell. This is about Normal people becoming prey. If they have their way, pretty soon, Normal is going to be against the law. There will be a bounty on us. We are going to find ourselves on The Island of Dr. Moreau, in real time. We are going to be inmates in The Penitentiary of Pain, serving sentences, for offenses against the whims of troglodytes and weaponized gerbils from Tavistock Labs.

“O generation of vipers, how can ye, being evil, speak good things? For out of the abundance of the heart the mouth speaketh. A good man out of the good treasure of the heart bringeth forth good things: and an evil man out of the evil treasure bringeth forth evil things. But I say unto you, That every idle word that men shall speak, they shall give account thereof in the day of judgment. For by thy words thou shalt be justified, and by thy words thou shalt be condemned.”

Here’s a little metaphysical musing. It’s rock solid, concerning elements of scripture from every bonafide source. The God Force is a serpent. It can rise up the canal that runs from the sacrum to the central control booth of the operating system and at that point, a light switch is tripped and one sees upon the face of the interior mirror the eternal persona of Divine Luminous Wisdom. Or… it takes the elevator to one of the floors in between, the basement and the penthouse and the door opens on an entire world, devoted to a particular experience. Everything on that floor makes sense in the context of everything else. The force that expresses itself in sex, when routed past that arena of enterprise, ultimately results in divinity. You can ‘identify’ as either or anything else on the way.

The snake in the grass, when elevated through transformations in consciousness, becomes God. In times of material darkness, the mind is hypnotized by the myriad possibilities of excess and it draws the body out upon the stage for its death dance. Here are the faces of the prophets of the moment. They are showered with media attention and cash money. There are pages of pictures of them flashing their ‘stacks’. Here we have one of the heroes of the process, wearing his new 500,000 dollar diamond encrusted chain. If you call attention to any of this in a negative way then… you’re a hater. You’re a playa-hater.

We are merely scratching the surface of a bottomless pit. In today’s universities and institutions of (snort) higher learning, educated professors are holding forth on the intricate and endless virtues of vice.

Local governments across the country are being inundated with practitioners of alternative sexual persuasions, who are then motivated to use their positions as weapons against business owners who have the unfortunate fate of being Christians. Chick-fil-A engages in no aggressive behavior against those who ‘identify’ as being gay. They hire them at their locations. Their crime is that they donated to organizations like the Salvation Army and a Christian athletic group. That was all. Woe be unto Christians in this time. I’m of more than half a mind to become one now. Of course, the deity I worship is the same as theirs. There is only one- but he/she/it has a thousand faces.

My problem with religions is that they tend to identify God as something apart from and outside of ourselves, even when they say otherwise. The problem with any religion is ALWAYS the priests. The church is their income. I know God lives within our interior. I know this. I want my god direct! I want to be ‘in the company and presence of the almighty god’. I don’t need robes and funny hats, or Byzantine twists of scripture, that argue a spiritual path, which accommodates my peculiarities of behavior. I don’t want God to change to accommodate me. I want to change to accommodate God. I want to celebrate the indwelling in me… and in you.

It is not only demons like George Soros who are at work perverting humanity. There is a shadow, much like the Sauron of the rings trilogy. He moves from mind to mind and heart to heart; wherever he finds weakness and particular perverse inclination… even if it is only in a seed potential, he waters it, he nurtures it. Before you know it you have drag queens in the kindergartens. In no sane culture is this sort of thing celebrated. In no sane world are abnormal behaviors, relentlessly beaten into the heads of unformed youth. In no sane culture would you find most of what we find today. This culture is not sane. The reason is runaway materialism and materialism and Satanism are indistinguishable. The operating guidelines of Satanism is the spread of division, discord and perversity. History tells many a tale about cultures long gone and what happened there.

Now people are actually being imprisoned for denying things that never existed! And here is a photo of the political head of France. 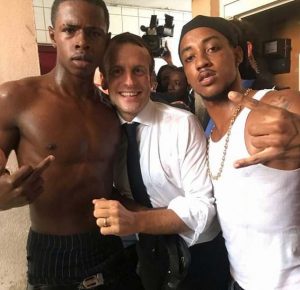 Does this look… sane?

This is the man who has unleashed the official uniformed thugs upon the French Yellow Jackets. World leaders around the world are all of a type these days. They don’t get to be world leaders, unless they bend over for the real world leaders, who are the puppet masters for these marionettes. Here is a face that could easily sink a thousand ships and make the topless towers of Ilium choose to go underground of their own accord.

The man’s face is a perfect canvas of Dorian Grey in reverse. It’s a roadmap of depravity. He is singlehandedly on a campaign to destroy the world as we used to know it. He’s been, more or less successful at that so far, because it certainly no longer looks the way we used to know it. 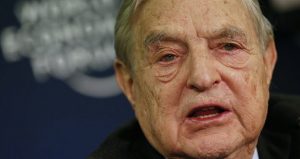 I am not going to bend the knee to these twisted, psychopathic vermin. I know Lord, I know, don’t speak ill of the damned but… Lord! Someone has to say something; not that very many people are likely to hear it, given the crib death suffered by the truth at some point in the unremembered past. Well… you can’t kill the truth can you? You can attempt to hide it out of sight and that may work to the ends of what you are after, if everyone is dead before they get a chance to see it; dead or lobotomized by their cellphones.

I don’t know what’s round the corner. I do know that the almighty everlasting, is immeasurably more powerful than the shadow armies arrayed on the field against him. It is a sad testimony of the times that so many who find themselves, in the disordered ranks of The Prince of Darkness, would surely rather be somewhere else, …if they knew any better but… they don’t; “father forgive them” as the saying goes.

Surely this has been a depressing ride I have taken you on today but… that’s all just appearances. There has never been a time that The Lord of Hosts has not been in complete charge of the whole affair. I know this so… I’m not troubled. At least I am not troubled for myself. Sometimes all you can do is pray and leave the outcome in the hands of the one who determines it… always. Time will tell and we shall see.