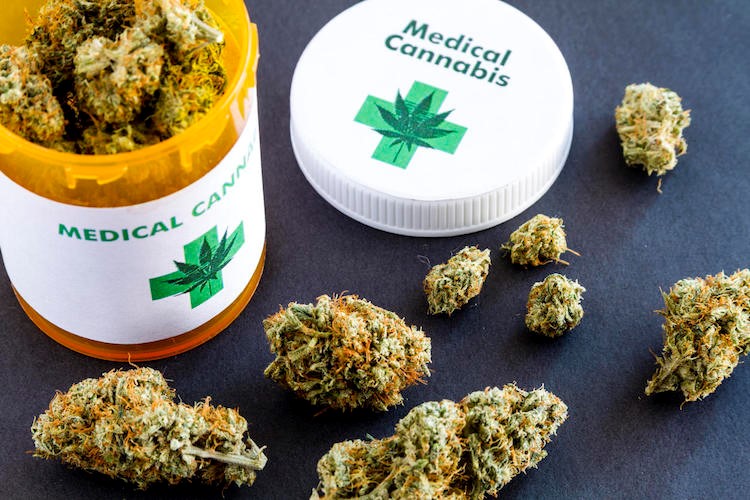 A new survey published this month in the Journal of Psychoactive Drugs helps explain why Big Pharma is so afraid of cannabis. The pharmaceutical and alcohol industries, both powerful influences in Washington, have long lobbied against cannabis legalization in order to protect their profits.

However, the tide has turned as decriminalization of medical and recreational cannabis sweeps the nation and the continent. With legalization, more and more people are discovering how this plant can provide a safe alternative to the dangerous effects of prescription pills.

Researchers recently distributed 400 questionnaires to medical marijuana patients at a public event asking them about their usage and attitudes toward the U.S. health care system. The results of that survey were published in the Journal of Psychoactive Drugs.

As Marijuana Moment points out, the participants reported using marijuana for various medical conditions, including chronic pain, muscle spasms, anxiety and post-traumatic stress disorder. Most of them said that cannabis represented an effective and relatively harmless alternative to pharmaceuticals that are conventionally prescribed for their respective conditions.

Highlighting the potential for marijuana to curb the nation’s drug problem, the most common drugs patients reported quitting or reducing using were opioid-based painkillers, non-opioid painkillers, benzodiazepines and anti-depressants.

As TFTP has reported, this massive shift from often dangerous prescription drugs to cannabis has been documented for some time now and is likely creating a wave of fear int he pharmaceutical industry. We reported on a survey conducted by the Centre for Addictions Research of BC in 2016 which found similar results.

The survey of 473 adult therapeutic cannabis users found that 87% of respondents gave up prescription medications, alcohol, or other drugs in favor of cannabis. Adults under 40 were likely to give up all three of these for medical cannabis.

The most startling revelation, and one that will have Big Pharma running to their crony lawmakers, is that 80% of respondents reported substituting cannabis for prescription drugs.

“The finding that cannabis was substituted for all three classes of substances suggests that the medical use of cannabis may play a harm reduction role in the context of use of these substances, and may have implications for abstinence-based substance use treatment approaches. Further research should seek to differentiate between biomedical substitution for prescription pharmaceuticals and psychoactive drug substitution, and to elucidate the mechanisms behind both.”

As The Free Thought Project has reported before, the U.S. is in the midst of a painkiller epidemic, with overdose deaths skyrocketing as Big Pharma has secured its grip on government and mainstream medicine. Opioid painkillers and heroin have driven overdose deaths to the point where they are now the leading cause of fatal injuries in the U.S. Alcohol is also killing Americans at a rate not seen in 35 years.

The results of this survey confirm that cannabis is the answer to all of these problems.

Americans for Safe Access has a comprehensive breakdown of conditions that cannabis can treat, and comparisons to prescription pills.

Although the war on drugs put a stop to medical cannabis research for decades, in recent years we have seen a surge in studies being performed, as prohibition crumbles and the Schedule 1 classification of “no medical benefit” is exposed as a farce.

Matt Agorist is an honorably discharged veteran of the USMC and former intelligence operator directly tasked by the NSA. This prior experience gives him unique insight into the world of government corruption and the American police state. Agorist has been an independent journalist for over a decade and has been featured on mainstream networks around the world. Agorist is also the Editor at Large at the Free Thought Project. Follow @MattAgorist on Twitter, Steemit, and now on Facebook.

**This article (Big Pharma’s Worst Nightmare, Survey Finds Most Medical Pot Users Quitting Prescription Drug Use)  was originally featured at The Free Thought Project, and is re=posted here with permission.**