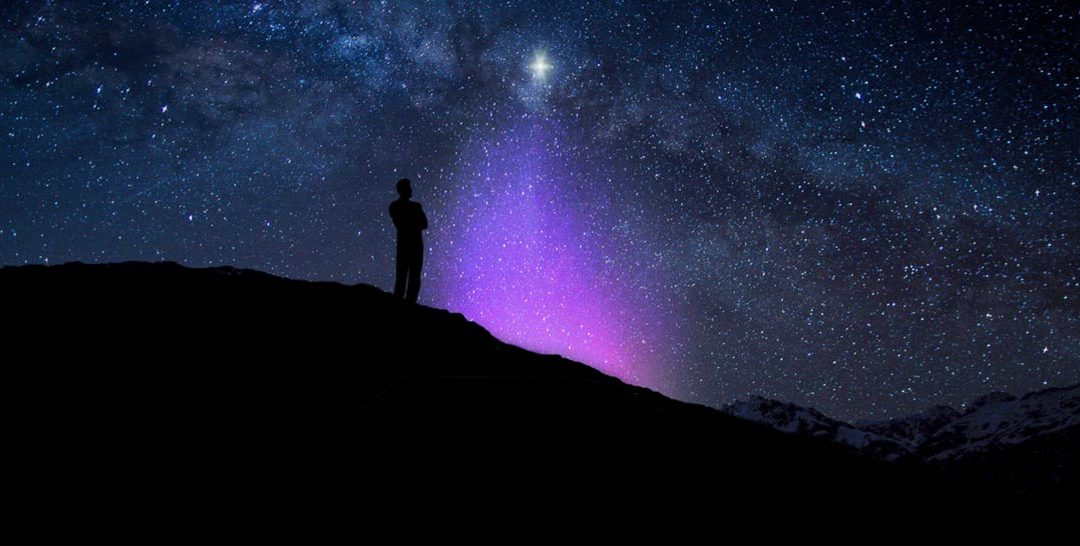 We hear the expression “consensus reality” used more and more often to distinguish the conventional Western/Newtonian/Cartesian world view from other possible philosophies or frameworks of thought.

The frequent bracketing of these words in writing and conversation implies that there is one accepted version of reality that includes a social agreement about what the mind may or may not legitimately countenance, if its owner wishes to remain within mainstream discourse. Yet there is also a connotation of questioning or doubt in the use of the modifying adjective “consensus,” even a certain defensiveness.

It is as if the speaker, who may generally accept the prevailing paradigm, does not completely agree that what we have been acculturated to believe is, in fact, the only reality.

In order to carry forward my argument, I will try to define the dominant Western view of reality in my own words, appreciating that this may be an oversimplification.

The two pillars of this world view are materialism and mental dualism.

The materialist/dualist version of reality has proved useful for Western society in its attempts to dominate the material world, other peoples, and nature.

This philosophy has also led us to the brink of nuclear war – the ultimate expression of self-other division – and the extinction of many of the planet’s many life forms, as human beings pursue their own material well-being at the expense of weaker humans, other animals, and plants.

The Western world view is, however, under assault due to a number of scientific discoveries. These include research that has demonstrated the paradoxical and probabilistic ambiguities of matter and energy at the subatomic level, and contemporary studies of human consciousness that have shown us that what we have previously accepted as “reality” is but one of a virtually infinite number of ways of constructing or experiencing existence.

It is a curious fact, perhaps reflective of the operation of some sort of universal intelligence, that the assault upon the Western world view is both scientific and exigent in nature. The Western view is contradicted by new knowledge of the physical world and the nature of the psyche, whereas the simultaneous urge to reject that view is demonstrative of imperative need in the face of the planetary crisis that humans have caused.

It is as if our minds are being opened to new realities in some sort of synchrony with the conscious and unconscious, individual and collective, perception that we cannot go on as we have been without destroying life itself. Science, need, pragmatism, and morality have all fused. The established version of reality no longer “works” in all the operational and normative senses of that word.

Stated more positively, facts that we are discovering about nature, and ourselves in nature, seem to correspond to the knowledge that will be required to preserve life and well-being on the planet.

The new paradigm emerging from the current discoveries of laboratory science and consciousness research is in some ways embarrassingly old and familiar.

This model embraces truths known to virtually all past cultures and most contemporary societies, however much the latter may be influenced by materialism and dualism in their pursuit of modernization, political power, and market advantage. How we in the West could have succeeded in forgetting this knowledge is one of the great untold stories of our time.

Essentially what we are relearning is that intelligence and connection are pervasive, not only on this planet, but throughout the universe, and that complex relationships exist in the cosmos, ones that we are only beginning to grasp. Whether or not we accept the holographic model (the idea that the whole is contained in each part) of the universe, it seems clear that the universe functions like a vast, interconnected information system, in which an action or thought occurring in one part has an unpredictable effect upon other dimensions of the system.

The central tasks confronting humankind at this critical juncture are to limit our destructiveness, to learn to live harmoniously in the natural world, and to discover the appropriate outlets for our remarkable creative energies. We will also need to cultivate, really to liberate, those capabilities of the psyche that allow us to experience the numinous in nature and to perceive realities beyond the empirically observable physical world.

In order for psychologists to help support the emerging paradigm described above, we need first look to our new profession. The fact is that academic departments of psychology and psychiatry, and even therapeutic models, are dominated by a mechanistic, dualistic view of the psyche based on the Newtonian/Cartesian world view.

Defences and rigidly defined mental structures, compartmentalized divisions of the psyche, and self/other or self/object dichotomies are the stuff of everyday discourse in the psychology and mental health fields. However, change is occurring gradually, due to the influence of several factors: experiential and growth-promoting transformational models, the transpersonal psychology movement, the introduction of non-Western healing methods, a new emphasis on spirituality in therapeutic dialogue, and the feminist-inspired emphasis on relationship and connection.

But fear of subjectivity and “mysticism,” confusion of spirituality with traditional religion, reliance on exclusively sensory/empirical or cognitive/intellectual knowledge, and habitual dependence on quantifiability for academic respectability and advancement have made the psychology professions particularly slow to move toward the new world view.

New psychological or, more accurately, psycho-spiritual, approaches are helping to accelerate the shift in world view within the psychology field.

All share the healing and assumption-shattering power of non-ordinary states of consciousness.

By reaching affectively to the deepest levels of self-awareness, these methods release creative psychic energies and, most important, overcome the dualities that the Western mind has assumed are the only ways of experiencing reality. These techniques also bring us into contact with spiritual realities outside the material world, force us to confront the cycles of birth, death, and rebirth, cut through the intensity of our attachment to the material world, and allow us to discover our true place in the universe.

The shift in world view is also being accomplished through the efforts of scientific and political leaders willing to take professional and personal risks in order to disseminate new ways of perceiving reality. Australian pediatrician Helen Caldicott probably did more than any other individual in the past twenty-five years to raise public awareness about the insanity of the nuclear arms race and the danger of nuclear annihilation in order to divert us from our apparent march towards destruction.

Her transformational impact included both a leadership model and the creation of a non-ordinary state of consciousness.

Through her presence in the United States as a leading physician and political activist, Caldicott effectively challenged the male-dominated nuclear weapons industry and its political and scientific supporters, at great personal risk. She was eventually attacked by the media and felt compelled to return to Australia.

Hearing Dr. Caldicott lecture was a mind-altering experience, reaching to the deepest levels of the psyche. In addition to penetrating the audiences’ defenses by using powerful images of nuclear destruction, while simultaneously revealing the fear, senseless greed, egoism, and stereotyping that lie at the root of the nuclear weapons race, Caldicott would also do something else.

She would plant an infant in the audience and, at a dramatic moment in her talk, step down from the platform, pick up the baby, and speak of the intergenerational cycles of life, embodied in the infant, that would be interrupted forever by a nuclear war. The emotional impact of this performance, reaching to the perinatal level of the psyche and beyond, was so powerful that the consciousness of many who experienced it was forever changed.

Literally thousands of members of the antinuclear movement were recruited by Caldicott in this way.

The global crises of the late twentieth century – especially the proliferation of nuclear weapons, ethnic clashes that could escalate to become nuclear disasters, and the devastation of the environment – have all been aggravated by the Western materialistic world view and a rigid adherence to its dualistic economic ideologies, whether socialist or capitalist.

The extension of a New World View that derives from our experience of the interdependence and interconnectedness of all living things, together with a recognition of the fragility of the earth’s ecosystems, will be an important step in the preservation of the planet.

But blowing the traditional Western mind is not enough. Leadership and action on behalf of life and the environment will be required. We will need to take risks and expose our vulnerabilities. Perhaps it has always been so, but I am struck by how many of the political and intellectual leaders I admire, for their efforts on behalf of human life have spent time in prison.

Facing up to the established order, taking a stand with one’s whole being, exposing one’s vulnerability, and risking the loss of personal freedom all seem to inspire both leaders and their followers.

Finally, the dissemination of the New World View must be accompanied by the transformation of existing social institutions and the creation of new ones. Schools, churches, corporations, and governments must all change in order to become consistent with a sustainable future. Institutions become repositories of conglomerated power, tradition, and habit.

They resist change intensely, sometimes violently, even when many of the individuals involved recognize the institutions’ anachronistic nature, In particular, the worldwide military complex has become obviously incompatible with a sustainable future of the planet.

Yet wars continue, and arms sales are booming.

The mass media, especially television, have been used predominantly to preserve the status quo, but their redirected application can also help accelerate the process of transformation through powerful images that shatter old assumptions and mental structures and allow the creation of new narratives and world views.

For instance, films that show the accelerating damage to the Earth’s biosystems from the perspective of outer space have been particularly powerful vehicles for the transformation of consciousness about the vulnerability of the planetary environment.

Vaclav Havel, president of Czechoslovakia, in his February 1990 address to the United States Congress, was the first world leader to link the various global crises to the need for a change in human consciousness.

Without a global revolution in the sphere of human consciousness, nothing will change for the better in the sphere of our being as humans, and the catastrophe toward which this world is headed – be it ecological, social, demographic, or a general breakdown of civilization- will be unavoidable.

A growing global community is committed to expediting the revolution in human consciousness described by President Havel.

The mission of the John E. Mack Institute is to explore the frontiers of human experience, to serve the transformation of individual consciousness, and to further the evolution of the paradigms by which we understand human identity.

JEMI is named in recognition of John E. Mack, M.D. (1929-2004), Pulitzer Prize-winning author and Professor of Psychiatry at the Harvard Medical School, to honor his courageous examination of human experience and the ways in which perceptions and beliefs about reality shape the global condition.