BREAKING: Google Just Scrubbed Natural Health Websites From Its Search Results; Whistleblower Explains How and Why 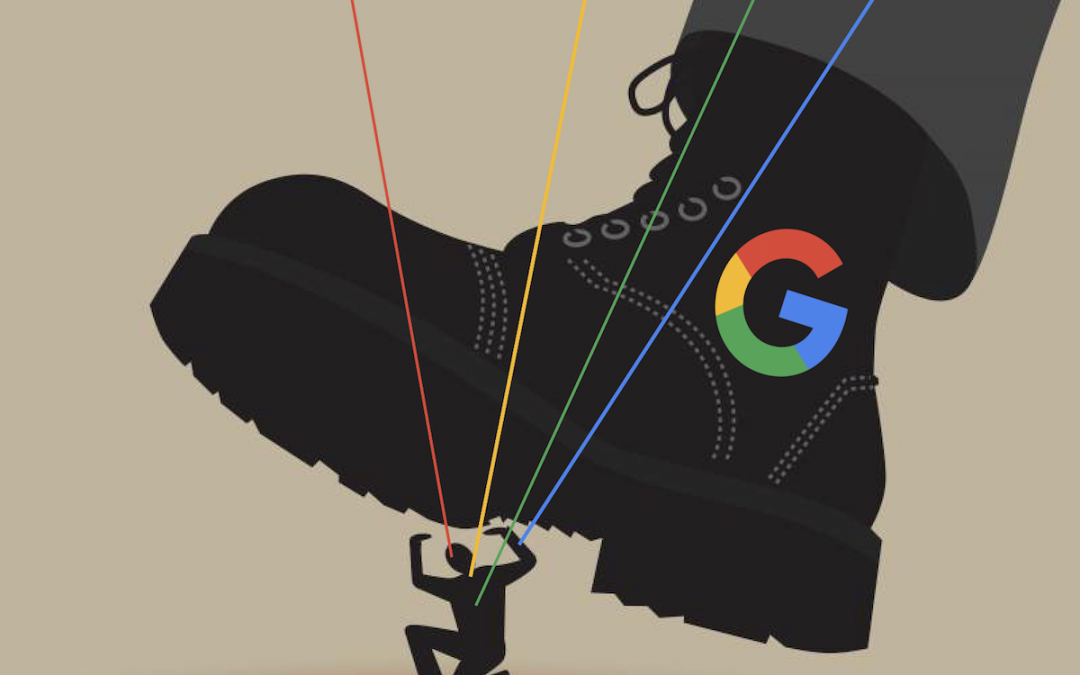 BREAKING: Google Just Scrubbed Natural Health Websites From Its Search Results; Whistleblower Explains How and Why

Views 31651
This article is copyrighted by GreenMedInfo LLC, 2019
Visit our Re-post guidelines

***CENSORSHIP IS REAL. YOU CAN MAKE A BIG DIFFERENCE BY SHARING THIS ON SOCIAL AND FORWARDING IT VIA EMAIL. THANK YOU!!***

Earlier this month, in one devastating algorithmic stroke, Google removed many of the top natural health and health freedom websites from their organic search results — some losing as much as 99% of their traffic. In fact, the term “organic” should no longer be used to describe Google’s referral traffic, as a jaw-dropping undercover investigation by Project Veritas reveals: Google surreptitiously manipulates its search results and auto-suggestions to conform to a very specific set of sociopolitical and economic agendas intended to manipulate elections and promote private interests.

We live in amazing times, albeit intense, filled with incredible darkness and light.

But thanks to the power of the internet, we have a level of freedom of information never enjoyed before by any previous generation on Earth — and that information is the very life’s blood of democratic ideals, and the necessary ingredient for informed consent and health freedom, our primary advocacies.

But what happens when the gate-keepers of the content that flows through this incredible invention, like Facebook and Pinterest, censor and shadow ban certain of its users or content, or their ability to send you messages via email service provider platforms like Mailchimp, as we’ve recently experienced on GreenMedInfo.com? Where do we go for information then?

Why not skip the social media filtering and email platform censorship and go back to using Google, you might ask. Aren’t they the very archetype and modern-day oracle of fairness, having become synonymous with looking for and finding objective answers.

After all, wouldn’t you expect that if you typed in turmeric research, GreenMedInfo.com would come up on the first page, given we have the world’s largest, open access resource on the topic which curates over 2,700 peer-reviewed studies relevant to over 800 diseases, on the topic? Whereas a few years ago, our search traffic was growing, today it’s as if we don’t exist on the internet any longer (unless you specifically search for us by name).

Instead, today, you find first page google results on turmeric like: “Turmeric May Not Be a Miracle Spice After All” from Time.com, or “Turmeric: Uses, Side Effects, Interactions, Dosage, and Warning” from WebMD.com, which overlook much of the research we have gathered, and make turmeric sound like it’s just another drug that you have to be very careful to take.

Apparently, this is entirely by design! On June 3rd, in fact, Google rolled out its latest core algorithm change, which obliterated the organic search results for the majority of the top sites in the natural health and health freedom advocating sector of the internet. Sites like DrAxe.com, Kellybroganmd.com (stats depicted in the image below), and Naturalnews.com saw most of their traffic removed overnight. Mercola.com, perhaps the most heavily hit of all, broke the story in its two-part report: “Google buries Mercola in their latest search engine update, Part 1 and 2.”

Mercola.com has been a source of whistle-blowing information about Big Pharma and Big Tech collusion for decades, so it is no surprise why Google would take this action against his platform, and similar ones. In fact, signs of the coming purge came back in 2016, when GlaxoSmithKline signed a $715 million contract to partner with Google, and with increasing partnerships with pharmaceutical companies in 2019 like Sanofi.  Google’s parent company Alphabet is heavily invested in a vaccine company,Vaccitech, founded by scientists at Oxford University. Google, it appears, has become a pay-to-play operation, and contains a specific sociopolitical and economic agenda that is built directly into its search algorithms. Amazingly, on the same day of Mercola’s report, June 24th, an investigative reporter by the name of James O’ Keefe, founder of Project Veritas, released an undercover video of a top Google executive and a whistleblower from within Google, revealing how the company is manipulating search results to unduly influence elections, but how they are applying an Orwellian-type narrative to the autosuggestions, search results, and google news aggregator feed used by billions daily. This is a must watch video, and was almost immediately removed by Youtube (owned by Google), further validating how badly they don’t want the information to get out there. (JUNE 26TH, 8:12 PM UPDATE: VIMEO PULLED THE VIDEO, JOINING GOOGE/YOUTUBE’s CENSORSHIP EFFORTS – FURTHER EVIDENCE OF JUST HOW DAMNING THIS REPORT IS. WE ARE LEAVING THE VIMEO TAKE DOWN MESSAGE BELOW) 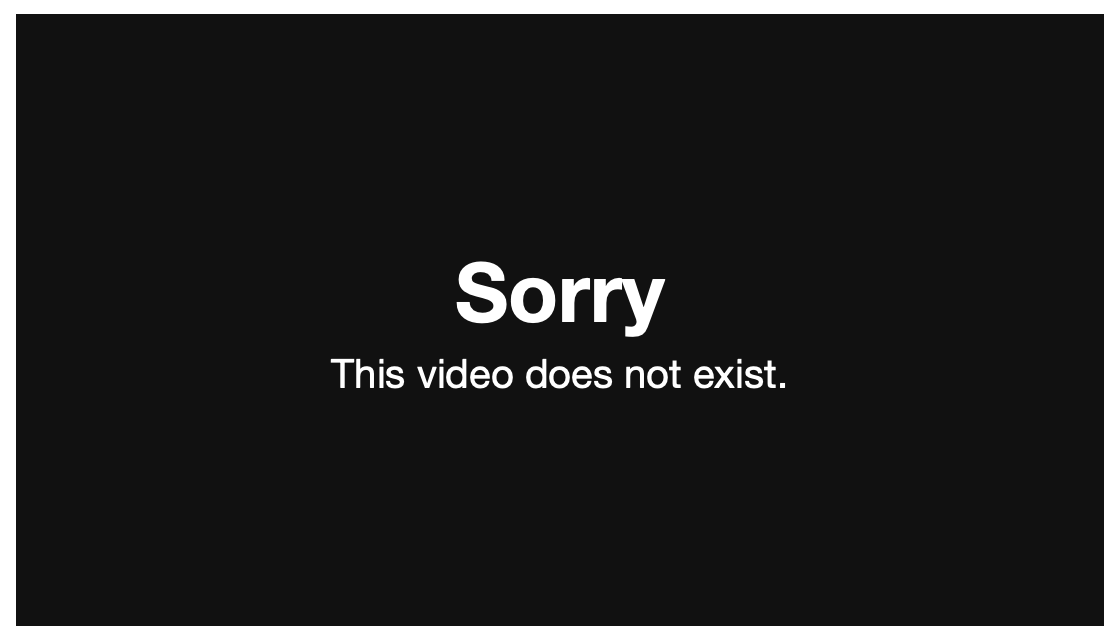 A back up the video was preserved on the Project Veritas website and is embedded below:

Vimeo provided the Project Veritas team the following explanation for the removal of the video. You be the judge if you believe their reasons were justified. Amazingly, the timing of this video could not be worse for Google. As reported by the Wall Street Journal on June 24th, the Justice Department is preparing an anti-trust case against Google. Additionally, on June 19th, Senator Josh Hawley (R-MO) introduced Senate Bill 1914, “A bill to amend the Communications Decency Act to encourage providers of interactive computer services to provide content moderation that is politically neutral,” which would strip Big Tech companies of the immunity they presently enjoy from lawsuits for exactly the type of political manipulation Project Veritas’ video above exposed.

Until Google is held accountable for their actions, and there is industry reform, it will be difficult to get around their full spectrum dominance (gmail, google, youtube, google calendar, google documents, etc.) unless we find better, privacy-secured, platforms.  And there are quite a few you may not have heard about, including the internet browser alternatives to Google Chrome, such as Brave Browser and Opera, search engines like Startpage.com, duckduckgo.com or ecosia.org, and email programs like protonmail.com. You can also use the communications app Signal, which provides a level of encryption that may be the best out there.

Lastly, this newsletter is one of the only lifelines people will have to receive our content in the future. And we highly encourage you to share it with others. They can sign up here and receive our most information-packed gift ever here, a 500+ page natural remedy guide entirely backed up by peer-reviewed science. It’s truly an invaluable resource and we are happy to give it away to support our readers taking back control of their health. Download it here. You can also read my recent Founder’s Statement about Recent Censorship Events, to get a greater sense for the context of what is happening to us and similar projects like ours.

ADDENDUM: TESTING THE HYPOTHESIS THAT GOOGLE IS MANIPULATING THEIR RESULTS

In order to confirm that O’ Keefe’s accusations against Google are correct, and that they are engaged in manipulating search term auto suggestions, I typed into Google “Vaccines cause…” to see what results it would retrieve. This is the result: In order to ascertain what the actual search volume for the term in question is, we went to another Google product called Google trends which allows you to see the volume, and what people are searching for, over time. So, we compared the searches: “Vaccines Cause Adults” with “Vaccines Cause Autism.” You’ll see the profound disparity in volume between the two, in favor of the latter. You can visit the google trends search and see for yourself here.

Amazingly, Google states that the auto-suggestions are “predictions, not suggestions.” Here’s their official statement:

“You’ll notice we call these autocomplete “predictions” rather than “suggestions,” and there’s a good reason for that. Autocomplete is designed to help people complete a search they were intending to do, not to suggest new types of searches to be performed. These are our best predictions of the query you were likely to continue entering.

How do we determine these predictions? We look at the real searches that happen on Google and show common and trending ones relevant to the characters that are entered and also related to your location and previous searches.”

Clearly, this demonstrates with Google’s own data that they are intentionally removing certain auto-suggestions from their search to cover up the truth about what people are actually searching for. This also corroborates the hypothesis that they are censoring sites critical of vaccines, or which question vaccine safety; namely, natural health and health freedom promoting websites like our own.