Why Breast Milk is Irreplaceable by Luis Miranda 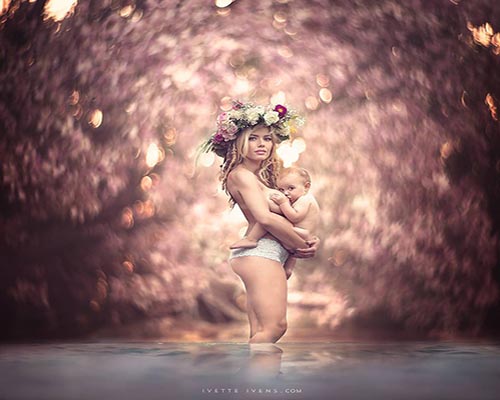 (The Real Agenda) At first glance, breast milk may seem like any other food, especially nutritious, perhaps, or better adapted to the needs of the baby, but little else. However, this perception is wrong.

Over millions of years of evolution, breast milk has been refined to also become a staple food. It is the way the mother transmits her baby critical tools for survival.

Breastfeeding reduces infant mortality and infections and has been linked to a lower risk of obesity. Health benefits also reach the mother, whom breastfeeding protects against breast cancer.

The importance of breast milk in human development makes an interesting element of study, but its complexity has not allowed scientists to unravel its secrets.

“Breast milk is so complex and so rich in bioactive factors such as proteins that stimulate the immune system, antimicrobial proteins, antibodies and others, that it can not be replaced with any artificial version of it,” explains Thierry Hennet, researcher at the Institute of Physiology at the University Zurich.

Hennet, who has just published a review of efforts to understand the role that breast milk plays in raising a healthy child, adds that “production of an infant formula that includes all the constituents of breast milk would be so expensive that no one could afford it.”

The milk produced by the mother changes to adapt to the developing baby.

At first, each breast produces, on average, 450 grams of milk daily. Fifteen months later, depending on how often you breastfeed, the daily output can reach 200 grams. It also changes its composition.

One of the basic functions of breast milk is to build the baby’s immune system. This task was described in 1903 and was linked to the presence of antibodies in the milk.

The complexity to which Hennet refer to may be associated with more than 200 different sugar molecules found in human milk, well above the 50 that can be found in cow’s milk.

Although it is not known precisely what role these sugars play, it is believed that one of its functions is to feed the bacteria that must colonize the intestine of the baby, who is born without these microorganisms that will determine much of his future health.

All these benefits for child health have made the World Health Organization recommend that the baby feeds from the breast of his mother during the first six months of life, and then for at least a year to supplement solid food. From there, if you want to and can continue, it is even better.

From the scientific point of view, the superiority of breastfeeding is overwhelming, but between the 1950s and 1990s there was a strong influence of the dairy industry, which promoted artificial milk as an ideal substitute. That cannot be further from the truth.

“Despite all the benefits we know that originate from breastfeeding and of prolonged breastfeeding, it is very difficult and requires a lot of support from society,” says Hennet.

Despite emphasizing that evidence continues to accumulate about the positive results of the breastfeeding, Hennet’s article also draws attention to some risks. Some contaminants present in the environment can accumulate in the breast tissue of women and be transmitted to children.

The milk itself may be contaminated with substances ingested by the mother during pregnancy. This is why, women looking into getting pregnant must do a complete body cleanse and spend a lot of time preparing their bodies to conceive the child.

According to Hennet, the work of scientists to control this risk is to identify contaminants, to remove them from industrial processes and thus the environment and our bodies.

Luis R. Miranda is an award-winning journalist and the founder and editor-in-chief at The Real Agenda. His career spans over 18 years and almost every form of news media. His articles include subjects such as environmentalism, Agenda 21, climate change, geopolitics, globalisation, health, vaccines, food safety, corporate control of governments, immigration and banking cartels, among others. Luis has worked as a news reporter, on-air personality for Live and Live-to-tape news programs. He has also worked as a script writer, producer and co-producer on broadcast news. Read more about Luis.