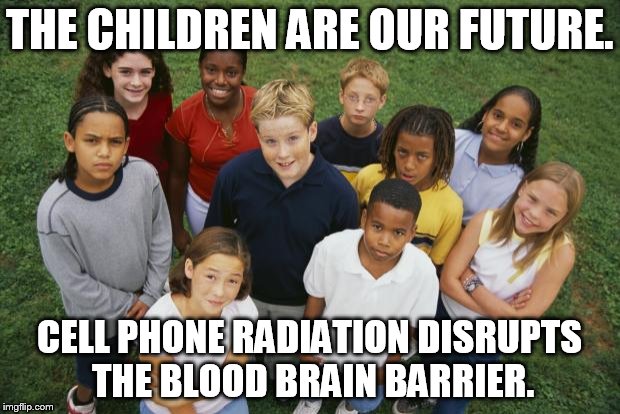 Reports about phone bans in schools in the U.S. and around the world aren’t new, and many of the comments posted with this news story mention that.

It’s still good news and many of the kids interviewed at this school seem to be embracing as well as thriving from the new policy.

Even better – banning phones reduces kids’ exposure to harmful radiation.  American Academy of Pediatrics and other health experts have warned that children are more vulnerable to exposure than adults.  In fact, no safe level of exposure has even been determined for children or pregnant women.  This is why many health experts, parents and teachers in the U.S. and around the world have also been trying to get schools to replace WiFi with wired internet (see 1, 2).  A hospital in Cyprus has also taken action to reduce pediatric patients’ exposure.

Exposure to cell phone and wireless WiFi radiation isn’t only about increased cancer risk.  It can cause symptoms and illnesses in children, adults – even pets.  This is referred to as Microwave Sickness.  American embassy workers have reported experiencing this in both Cuba and China.

Activist Post reports regularly about illnesses caused by exposure to all sources of Electromagnetic Radiation aka Electrosmog.  For more information, visit our archivesand the following websites.