Can Sunlight Shrink Fat Cells? A Surprising New Study Suggests it Can 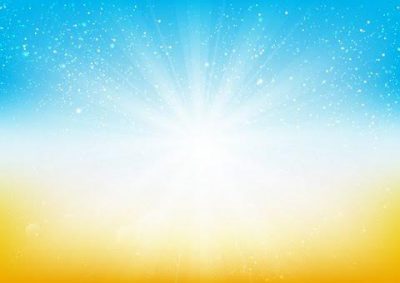 Can Sunlight Shrink Fat Cells? A Surprising New Study Suggests it Can

Less daylight, more body fat: Most us are all too familiar with the extra pounds that come along with the long, dark days of winter.

One logical explanation for winter weight gain is the sugary treat, refined carbohydrate, and alcohol-filled festivities that come with the holiday season.

A study published in 2016 found that for the average person, the time just before the start of the holiday season is the low point in an annual weight gain pattern that peaks during the holidays and takes nearly half a year to fully shed.

In the U.S., weight patterns begin rising at Thanksgiving and peak around Christmas and New Year’s (no surprises there!).

It takes about five months to lose those holiday pounds, with weight typically stabilizing from May to November…before the cycle begins all over again.

But there is more to the winter weight gain story?

In addition to helping our bodies create Vitamin D and making us feel happy, it appears that sunshine may provide yet another health benefit.

A breakthrough study by University of Alberta researchers has shown the fat cells that lie just beneath our skin shrink when exposed to the blue light emitted by the sun.

The findings, published in the journal Scientific Reports, suggest that lower levels of sunlight exposure have an impact on body weight.

Led by the appropriately-named Dr. Peter Light, the scientists examined the effect of sunlight on subcutaneous fat cells – the white fat cells that are found right beneath our skin.

Note: There are two major types of fat in the body – subcutaneous and visceral. If it jiggles, it’s subcutaneous fat – it is “the inch you can pinch.” Visceral fat – also referred to as “deep fat” – wraps around your internal organs and is more dangerous to health.

Subcutaneous fat cells regulate metabolism, as they store calories to be burned. It also is protective against the dangers of visceral fat, as explained here.

Back to the study… Dr. Light said of his team’s findings:

“When the sun’s blue light wavelengths — the light we can see with our eye — penetrate our skin and reach the fat cells just beneath, lipid droplets reduce in size and are released out of the cell. In other words, our cells don’t store as much fat.

If you flip our findings around, the insufficient sunlight exposure we get eight months of the year living in a northern climate may be promoting fat storage and contributing to the typical weight gain some of us have over winter.”

Dr. Light explained a bit more about his study to Men’s Health:

“What really sealed it for me was, we got in touch with some surgeons here in Edmonton, and we got samples of skin and fat from cosmetic surgery,” Light explains. “We took those fat cells and we put them in culture, and we measured activity in response to light, and we still saw the same response in human fat cells.”

The caveat: In order for your fat cells to experience this shrinking effect, you need an extremely bright blue light source. “The sun is the only thing that will do it,” says Light, since only 1 to 5 percent of the blue light can penetrate your skin.

The finding is only an initial observation, Dr. Light cautions. However, the discovery opens up new avenues of future scientific study which could someday lead to light-based treatments for obesity and other related health issues such as diabetes:

“For example, we don’t yet know the intensity and duration of light necessary for this pathway to be activated.

Maybe this mechanism contributes to setting the number of fat cells we produce in childhood—thought to stay with us into adulthood.

Obviously, there is a lot of literature out there suggesting our current generation will be more overweight than their parents, and maybe this feeds into the debate about what is healthy sunshine exposure.”

Could these findings shed light on Seasonal Affective Disorder (SAD)?

SAD is a mood disorder associated with depression episodes and is related to seasonal variations of light:

As the seasons change, and length of daylight hours varies, there is a shift in our biological internal clocks or circadian rhythm. This can cause our biological clocks to be out of sync with our daily schedules, and can have dramatic effects on our overall wellness. The most difficult months for SAD sufferers in the Northern Hemisphere are January and February, and younger people and women tend to be at higher risk. (source)

In a press release, Light explained that the fat cells we store near our skin may be a peripheral biological clock:

“It’s early days, but it’s not a giant leap to suppose that the light that regulates our circadian rhythm, received through our eyes, may also have the same impact through the fat cells near our skin.”

He explained that the molecular pathway they discovered was first identified as being activated by the eye when exposed to the blue wavelengths in sunlight.

“That’s why you are not supposed to look at digital devices before bed, because they emit the same blue light the sun does, which signals us to wake up,” he explained.

“Well, perhaps that pathway—exposure to sunlight that directs our sleep-wake patterns—may also act in a sensory manner, setting the amount of fat humans burn depending on the season. You gain weight in the winter and then burn it off in the summer.”

For now, it is too soon to know how much sunlight is needed to experience benefits regarding weight control. But, a little sunshine never hurt anyone, and will likely perk up your mood a bit during the dark and dreary days of winter. Getting outside when the sun is shining – even for a short walk – can help, even if it means waking up earlier.

Nutritional Anarchy is owned and operated by Lisa Egan and may contain advertisements, sponsored content, paid insertions, affiliate links or other forms of monetization.

Lisa Egan has been passionate about nutrition and fitness for over 20 years. She holds a Bachelor of Science in Health Sciences with a minor in Nutrition. Lisa has managed two medically supervised weight control centers, worked as a personal trainer and wellness educator, and is a Precision Nutrition Level 1 Certified Nutrition Coach. She is the owner of Lisa Egan Nutrition Coaching and the website All About Habits. Lisa enjoys helping people improve their health and is dedicated to keeping up with the latest research in nutrition science and behavior change psychology. You can contact Lisa via email at lmegan02@gmail.com.