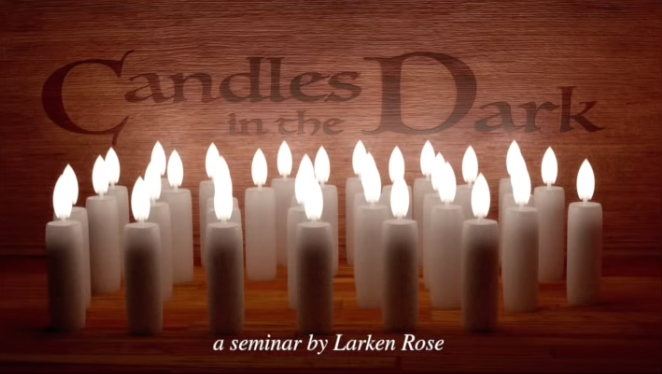 The belief in “authority,” which includes all belief in “government,” is irrational and self-contradictory; it is contrary to civilization and morality, and constitutes the most dangerous, destructive superstition that has ever existed. Rather than being a force for order and justice, the belief in “authority” is the arch-enemy of humanity. 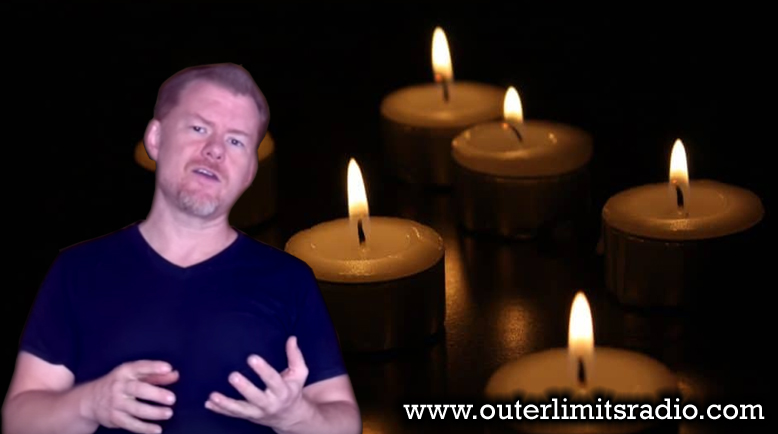 The author of several books—including The Most Dangerous Superstition and the novel, The Iron Web— Larken Rose has been an outspoken advocate of the principles of self-ownership, non-aggression and a stateless society for over two decades, giving in-person talks at dozens of events, and producing many hundreds of articles and videos, including “If You Were King,” “The Tiny Dot,” “The Jones Plantation,” and “It Can’t Happen Here!”.

“Authority” can be summed up as the right to rule. It is not merely the ability to forcibly control others, which to some extent nearly everyone possesses. It is the supposed moral right to forcibly control others. What distinguishes a street gang from “government” is how they are perceived by the people they control — the trespasses, robbery, extortion, assault and murder committed by common thugs are perceived by almost everyone as being immoral, unjustified, and criminal. Their victims may comply with their demands, but not out of any feeling of moral obligation to obey, merely out of fear. If the intended victims of the street gang thought they could resist without any danger to themselves, they would do so, without the slightest feeling of guilt. They do not perceive the street thug to be any sort of legitimate, rightful ruler; they do not imagine him to be “authority.” The loot the thug collects is not referred to as “taxes,” and his threats are not called “laws.”

“Candles in the Dark” is a concentrated, in-depth, six-session educational course designed to help voluntaryists and anarchists be far more effective in their communications with the rest of the world—i.e., with all of those people who still adhere to the commonly accepted mythology regarding “government” and political “authority.”

“The bravest thing you’ll ever do is walk into a booth every few years, where no one can see you, and press a button, to say which of two slave-masters you’d rather be owned by.”

“defies logic to say, “I give my consent for you to be robbed.” Yet that is the basis of the cult of “democracy”: the notion that a majority can give consent on behalf of a minority. That is not “consent of the governed”; it is forcible control of the governed, with the “consent” of a third party.”

“truly evil people, with all their malice and hatred, pose far less of a threat to mankind than the basically good people who believe in “authority.”

“But history shows that most human beings would literally rather die than objectively reconsider the belief systems they were brought up in.”

“Many have been able to recognize and oppose specific acts of tyranny by specific regimes, but very few have recognized that the underlying problem is not who sits on the throne; the problem is that there is a throne to sit on.”

“You proclaim how proud you are to be ‘law-abiding citizens,’ and express utter contempt for anyone who considers himself above your so-called ‘laws,’ laws that are nothing more than the selfish whims of tyrants and thieves.”

“The truth of the matter, back then and today, is that these parasites who call themselves ‘leaders’ are not superior beings, they are not great men and women, they are not honorable, they’re not even average.”

“The upstanding, church-going, law-abiding, tax-paying citizen who votes Democrat or Republican is far more despicable, and a bigger threat to humanity, than the most promiscuous, lazy, drug-snorting hippie. Why? Because the hippie is willing to let others be free, and the voter is not.”

“The alleged right to rule, in any degree and in any form, is the opposite of humanity. The initiation of violence is the opposite of harmonious coexistence. The desire for dominion is the opposite of love for mankind. Hiding the violence under layers of complex rituals and self-contradictory rationalizations, and labeling brute thuggery as virtue and compassion, does not change that fact.”

“You have become so thoroughly indoctrinated into the cult of state-worship that you are truly shocked when the occasional sane person states the bleeding obvious: the mere fact that the political crooks wrote something down and declared their threats to be ‘law’ does not mean that any human being anywhere has the slightest moral obligation to obey. Every moment of every day, in every location and every situation, you have a moral obligation to do what you deem to be right, not what some delusional bloated windbag says is ‘legal.’ And that requires you to first determine right and wrong for yourself—a responsibility you spend much time and effort trying to dodge.”

“The truth of the matter, back then and today, is that these parasites who call themselves ‘leaders’ are not superior beings, they are not great men and women, they are not honorable, they’re not even average.”

“Land of the free and home of the brave?” came the voice from the radio. “Hardly. You are a nation of enslaved cowards, afraid to act, afraid even to think. You keep telling yourselves that you, the American people, are independent, strong, brave, and free. You are none of the above.”

“But in practice, “left” and “right” politicians all engage in wealth redistribution, war-mongering, centralized control of commerce, and numerous coercive restrictions upon the behavior of their subjects. As “rightwing” and “leftwing” states approach complete power, they become utterly indistinguishable from each other.”

“But if you’re not allowed to defend your rights, by force if necessary, then they aren’t rights at all. If it’s up to government to decide what rights we have, then we have no rights at all. You might as well ask a carjacker whether you have the right to keep your own car.”

“When the people recognize and accept no master, they will have no master. Ultimately, their bondage, and the means to escape it, exists entirely inside their own minds.”

“Your actions are always determined entirely by your own judgment, and your own choices. To try to attribute your behavior to some outside force, such as “authority,” is cowardly and dishonest. You made the choice, and you are responsible. Even if you just stupidly obeyed some self-proclaimed “authority,” you decided to do that.”

“It’s amazing the amount of anger, hostility and hatred some people show towards those of us who want to leave them in freedom. Hysterically, some statists characterize that as the voluntaryists trying to “force” their views on everyone else. “You’re oppressing me, by leaving me alone, and wanting me to leave you alone!” Meanwhile, they wildly cheer when some politician promises to extort and control them. Go figure.”

“In short, if the victims of authoritarian extortion, harassment, surveillance, assault, kidnapping, and murder simply stopped assisting in their own oppression, tyranny would crumble. And if the people went a step further and forcibly resisted, tyranny would collapse even more quickly.”