Cannabis could replace these 5 prescription drugs by Satyapriya 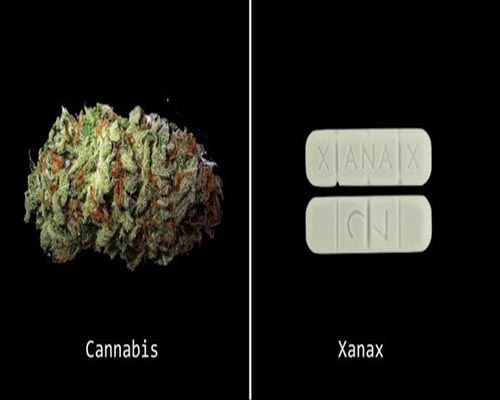 Big Pharma makes millions of dollars by selling prescription drugs to people. More often than not, these pills don’t actually treat the affliction that the patient is suffering from. In reality, most of these drugs cause severe adverse side effects. For example, commercials for the anti-depressant Zoloft state that the pill might actually make a person feel more suicidal, rather than assisting in the struggle to deal with depression. Cannabis has been shown to improve the condition of many different types of illnesses and afflictions. This list contains five substances that could possibly be replaced by a natural, green remedy.

Many studies have found that cannabis is effective in treating patients who suffer from chronic pain. The Centers for Disease Control and Prevention notes that 44 Americans die every single day from overdose of these painkillers.

Xanax is often used to treat patients who suffer from anxiety. Not everyone can treat anxiety with marijuana. In fact, smoking cannabis for some people can cause acute anxiety and paranoia. However, the effects are linked with the type or strain of weed that is consumed.

Sativa strains are often associated with cerebral highs – which can stimulate anxiety, most especially for users who don’t frequently use the drug. However, indica strains have revealed to reduce anxiety.

Similar to tranquilizers, substituting marijuana for stimulant prescription drugs vary depending on the strain. Those who intend to use marijuana as an alternative for these stimulants will have to consume sativa strains, as they have shown to be more effective in treating both ADHD and ADD.

Doctors caution users against trying to stay awake while on Ambien for two reasons. The first (and most commonly heard) is that the drug is extremely powerful and fighting the effects just isn’t worth it. If you’re required to use a drug this strong to make you fall asleep, you should do just that. The second reason being that the drug has a “hypnagogic” effect on people if they don’t fall asleep right away. What this means is that the drug has hypnotizing qualities. When under the influence of Ambien, people are far more open to suggestion, whether there is a third party involved or the user’s own subconscious. This means that you might end up driving your car, stealing something that you shouldn’t take, assault, or any other number of negative actions. Additionally, there are studies that link Ambien use to heightened death rates and the FDA recommended that Ambien doses be lowered in order to prevent people from suffering from next-day-impairment. Marijuana can put someone to sleep easily, without all of these potentially deadly side effects.

Along with several studies, a lot of medical marijuana patients have noticed that cannabis can actually be an effective treatment for depression. Although it varies from patient to patient, research has found that smoking marijuana has less side effects than people using antidepressants.