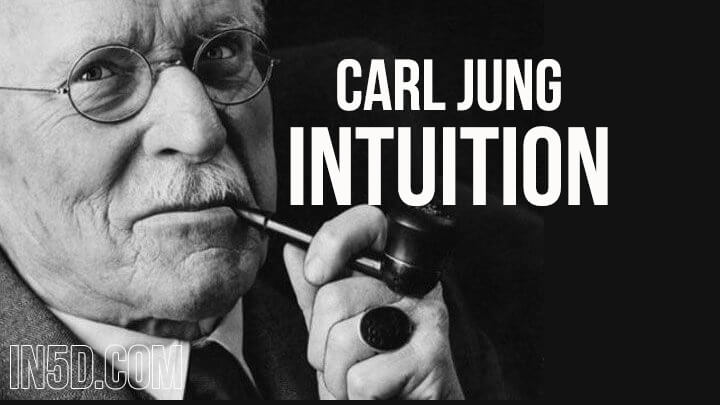 Carl Jung talks about intuition and people who are introverts and extroverts. Jung said, “He has intuitions as to the subjective factors, that is, the inner world.”

Jung said that a person in whom intuition was dominant, an “intuitive type”, did not use their concrete sensory experience but an abstract intuitive one. An extroverted intuitive type, “the natural champion of all minorities with a future”, orients themselves to new and promising but unproven possibilities, often leaving to chase after the new possibility before old ventures have borne fruit, oblivious to his or her own welfare in the constant pursuit of change.

An introverted intuitive type orients himself with images from the unconscious, ever exploring the psychic world of the archetypes, seeking to perceive the meaning of events, but often having no interest in playing a role in those events and not seeing any connection between the contents of the psychic world and him or herself. Jung thought that extroverted intuitive types were likely entrepreneurs, speculators, cultural revolutionaries, often undone by a desire to escape every situation before it becomes settled and constraining repeatedly leaving lovers for the sake of new romantic possibilities.

His introverted intuitive types were likely mystics, prophets, or cranks, struggling with a tension between protecting their visions from influence by others and making their ideas comprehensible and reasonably persuasive to others—a necessity for those visions to bear real fruit.

This work by In5D is licensed under a Creative Commons Attribution-NonCommercial 4.0 International

Subscribe to In5d to get the latest news in your e-mail inbox.