Carpe Noctem: Embracing the Dark to See the Light 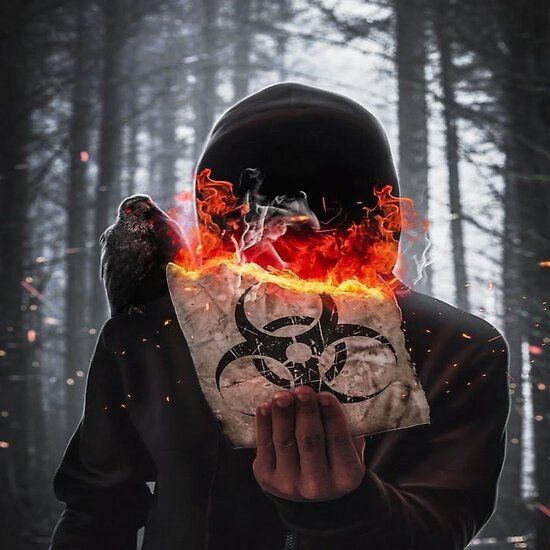 Carpe Noctem: Embracing the Dark to See the Light

Initiate the monster. Integrate the shadow. Baptize the beast. Assimilate the demon. Incorporate your dark side. Then reign them all in. Let them bare their teeth. Let them chomp at the bit, just don’t let them bite unless it’s absolutely necessary.

This has been the way of martial law since time immemorial. When you become aware of your inner monster, you are less likely to become a monster and more likely to become a hero. As Robert Greene advised, “Recognize and examine the dark side of your character. Once subjected to conscious scrutiny, it loses its destructive power.”

A gardener in a war is a weak rabbit beseeched by wolves. Whereas a warrior in a garden is a peaceful lion prepared for all comers. The warrior in the garden had to learn how to be a monster, how to integrate his shadow, how to baptize his inner beast, how to assimilate his demons, and how to incorporate his dark side. It was a part of his warrior training.

Being a good person does not imply being harmless. The most harmful person is the person that is unaware of how dangerous they really are. A good person is a person who realizes that they are dangerous but then uses discipline in order not to harm anyone.

The true danger in the world are those people who are unaware of how dangerous they really are. They are Jekyll & Hyde zombies ignorantly going through the motions of imagining they are moral goody-two-shoes divorced from their animal natures. When, really, they are ticking time bombs. All their repressed darkness and wildness is building up inside them ready to explode when they least expect it.

The warrior in the garden understands that the worst thing you can do is repress the shadow. True self-actualization means going beyond merely seizing the day (carpe diem). It involves taking it to the next level and seizing the night (carpe noctem).

As Shakespeare said, “You are an alchemist; make gold of that.” Seize the night! Make pearls out of your grit. Form diamonds out of the coal. Forge sharpness out of your dullness. Grow sacred wounds out of your pain.

When you seize the night, you are embracing your inner animal, you’re baring your teeth, you’re showing the world your fierceness. You’re hugging the hurricane. You’re tempting the tempest. You’re uprooting the Soul and ripping up fenced-in foundations. But then you are using discipline to keep it all in check. Like a ninja balancing on one foot perched on a razor blade.

Now that you have teeth, you can smile even if your heart is breaking. From your heartbreak will come lightheartedness. This is the terrible joy of self-conquest. Even if your world is falling apart, you will gain the courage and alertness to adapt and make yourself stronger.

When you seize the night, you are acting courageously, knowing mistakes will happen rather than merely existing, fearful of making any mistakes. You realize that pain should not be avoided at the expense of love; rather, love should be embraced at the risk of pain.

When you’re seizing the night, you are explicitly moral but implicitly amoral. You are overtly moral but covertly amoral to prevent immorality. You realize that peace does not imply pacifism. That’s where the proactive amoral agent comes into dynamic play.

When you seize the night, you see how the moral approach is too soft and goody-two-shoes, while the immoral approach is too violent and tyrannical. Both are too rigid and fixed. Amoral action is just right, a kind of trickster Goldilocks Zone emerges where sacred tomfoolery can put things into a more balanced perspective. It provides a detached and flexible space where meta-emergence and next-level mind-body-soul hacks can arise.

The amoral agency that comes from seizing the night creates a kind of numinous horseplay that keeps the zeitgeist in check even as it shocks and astonishes it out of passive and fixed thinking.

The amoral agent stands between the two extremes of moral cowardice and immoral recklessness. Recklessness is a Goliath, but so too is cowardice. When you seize the night, you are the amoral agent (David) with a slingshot powerful enough to topple both.

This article (Carpe Noctem: Embracing the Dark to See the Light) was originally created and published by Self-inflicted Philosophy and is printed here under a Creative Commons license with attribution to Gary Z McGee and self-inflictedphilosophy.com. It may be re-posted freely with proper attribution, author bio, and this statement of copyright.