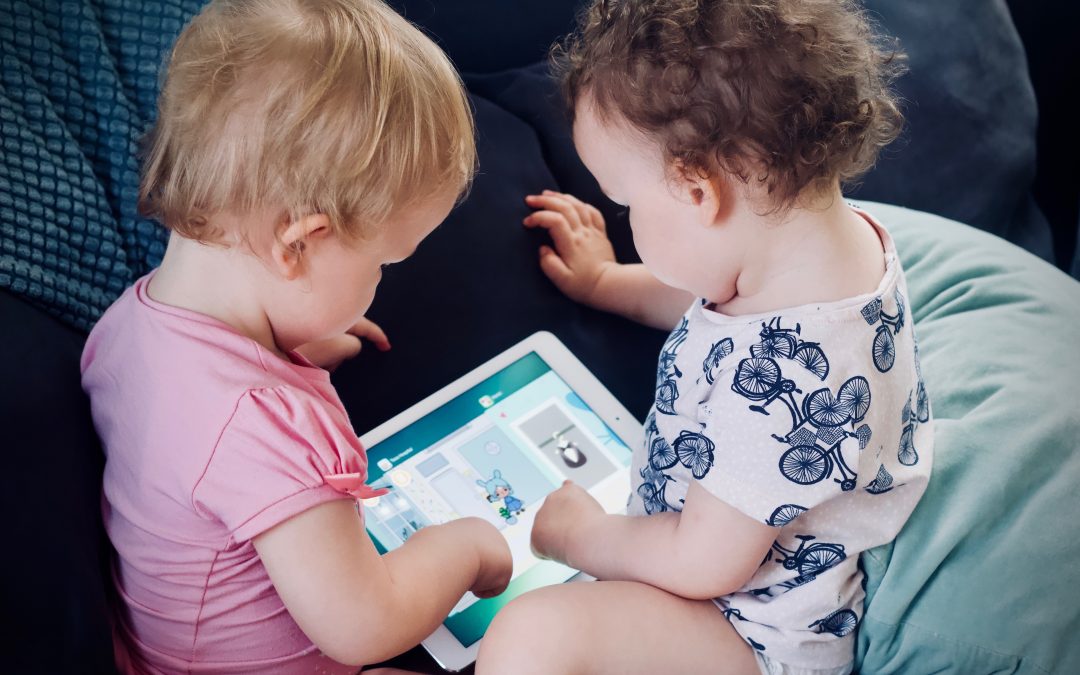 Brain Disruption and Child Development in the Wireless Age

In our wireless age, we are still uncovering the impact of childhood development and EMFs. All electrical and wireless devices generate electromagnetic fields (EMFs). Think: your children’s cell phones, gaming stations, tablets, laptops and computers, family television and microwave – all your popular and common household and office devices. EMFs never extinguish, though. They move indefinitely through space as they interact and disturb other electromagnetic charges in their vicinity. EMF exposure or interference impacts the natural electromagnetic processes that underlie all of the body’s biological processes. Thus, making the developing brains of children and adolescents particularly vulnerable to the effects of EMFs.

Antenna in the Human Brain

Research at the Caltech University (California Institute of Technology) by Joseph L. Kirschvink, shows the brain is a high-power magnetic receiver lined with several billion magnetic particles “tuned in” to background planetary frequencies that form the natural electromagnetic field surrounding us. Today, Earth’s field is polluted with technologically produced frequencies (EMFs), so the brain receives electromagnetic “junk” produced by AC electricity and wireless technology and transmits this junk to the cells.

Vulnerability to EMFs and Childhood Development

Children are especially vulnerable to EMFs and its effects on their development. Children’s skulls are less dense and contain relatively more brain fluid than those of adults.  A 1 year old child absorbs almost twice as much radiation per kilo as an adult. The following image shows just how much higher the electromagnetic radiation absorption rates are in the brains of 5 and 10 year old children as compared to the adult brain. 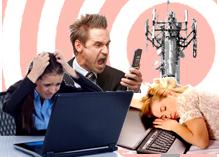 Exposure to EMFs from cell phones, wireless networks and other wireless technological devices has long been associated with complaints of visual and hearing disruptions, headaches, dizziness, insomnia, anxiety, depression, and cognitive difficulties such as attention problems, difficulty focusing, poor memory, and foggy thinking. The rapidly growing number of patients presenting with complaints they associate with EMF exposure, led Toronto Women’s College Hospital, to commence an initiative in 2012 to train family doctors to recognize symptoms of EMF exposure.

Given the diversity of these complaints, children’s vulnerability to EMFs and their effects, and the pervasiveness of EMFs in homes, schools and most everywhere else in today’s world, we must admit EMF exposure is adversely affecting childhood development. The role of EMFs in childhood and adolescent mental, emotional, and behavioural disorders begs deeper examination.

An EMF contribution is reflected in the rising incidence of psychiatric disorders in children and adolescents, that has escalated in recent years in tandem with the increasing use of personal and industrial EMF generating devices in our technologically rich society. According to Canada’s Centre for Addiction and Mental Health,

The mental health of young people is increasingly fragile. In Canada, one in five children and youth are identified with a mental illness. It is a trend reflected in other countries. Policy leaders and researchers with the European Commission and the U.S. Department of Health and Human Services predict that mental illness will be one of the five most common causes of morbidity, mortality and disability among youth by 2020.1

Not surprisingly, the agency also reports 70% of mental health problems have their onset during childhood or adolescence2.

Since EMFs are received via the brain, how might childhood development be influenced by EMFs? Generally, emotional, mental and behaviour disorders seen in children and adolescents relate to deficits in what mental health professions refers to as “Executive Function”.  Executive Function is a collection of brain processes responsible for planning; cognitive flexibility: abstract thinking; learning rules; initiating appropriate action; inhibiting inappropriate speech and behaviour; and selecting relevant sensory information.  Executive Function is involved in judgment and decision making, trouble shooting, impulse control, reasoning, managing time and space, organizing and coordinating activities, setting goals, self reflection, self correcting; multi-tasking and mood.

Executive function develops during childhood through to young adulthood. This is when the child and adolescent learn to:

Brain Health: Childhood Development and The Role of EMFs in Executive Function Disorders

There are various documented EMF effects known to alter brain function, composition and activity, which implicate EMF exposure as a major accelerator and contributor to deficits in Executive Function.  Considering all of the following influences on the brain occur during EMF exposure, it is more than reasonable to consider EMFs an adverse influence on brain health during child development:

At the cellular level, the EMF-induced state of emergency, creates changes in cell biology with huge potential to damage brain activity and function and even brain cell (neuron) health. Namely, flight or fight responses weaken the protein in the cell membrane wall and delay non-vital processes, consequently impairing cellular communication and coordination. When in a state of emergency the cell succumbs to chronic oxidative stress, wherein the cell begins to ferment and becomes increasingly inefficient. The alteration in cell biology changes the atomic structure of the cell and breaks the bonds that exist in and between cells. These damages trigger changes in blood chemistry, induces free radicals, disrupts the cells ability to control  PH levels, enzyme activity, cell reproduction, synthesis, functioning and energy transfer. The state of emergency behaviour is passed on to each subsequent generation of cells.4

Bio-engineers, EMF experts and health experts agree the most sensible and healthiest means of EMF protection is one that guards against the damaging effects of EMFs and restores the body’s natural relationship to the natural frequencies of Earth’s electromagnetic field. Previously, pervasive electro-smog impeded us from immersing in Earth’s natural electromagnetic frequencies in all but remote areas. This obstacle to health is effectively removed using EMF remediation that immerses the body in Earth’s natural frequencies 24-7. So, any child can live in harmony with EMFs while families enjoy the conveniences of modern electrical and wireless devices. Structured Water infused with L-8 Transceiver Technology meets that criterion. It is, therefore, recommended as effective and healthy, natural support for childhood development of growing nervous systems and development of innate personality, abilities and talents. 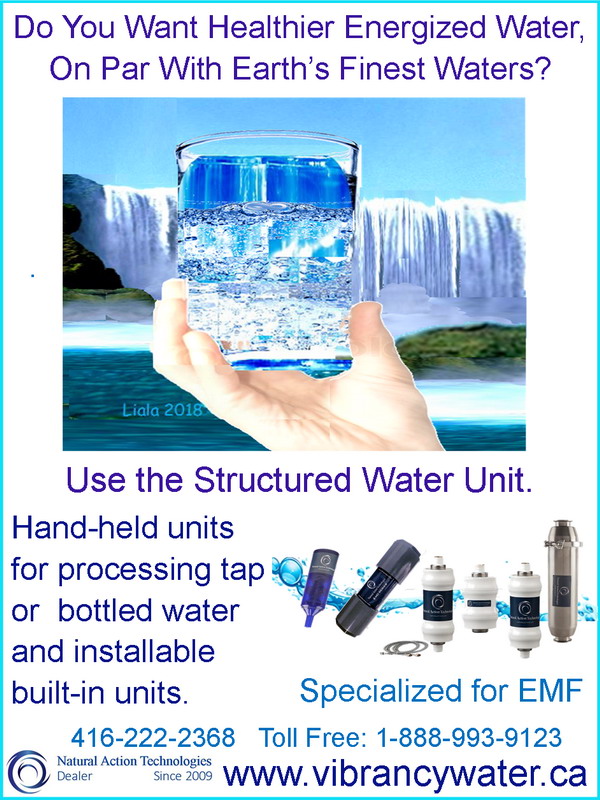 Liala Ackerman is the founder of Advanced Health Technologies and the developer of L-8 Transceiver Technology. An expert in Electro Hypersensitivity (EHS), she works with persons experiencing EHS since 2007.  Liala is trained in the science of Structured Water, by Clayton Nolte, developer of the Structured Water Unit, and markets the units since 2009.  For details about the underlying scientific principles and benefits of remediating EMFs using Structured Water and L-8 Transceiver Technology, visit: www.vibrancywater.ca

3 Pall ML. Electromagnetic fields act via activation of voltage-gated calcium channels to produce beneficial or adverse effects. Journal of Cellular and Molecular Medicine . 2013 Jun 26. A review of 24 studies investigating the mechanisms by which electromagnetic fields influence the biology of our bodies.

7In this study, Human DNA was exposed to cell phone radiation emitted by an IPhone3 both standby and receiving modes. Cell phone radiation caused a 42%-100% inhibition of electrical conductivity of DNA depending on the excitation conditions.

Electromagnetic Fields: A Consumer’s Guide to the Issues and How to Protect Ourselves, B. Blake Levitt. 1995. Thorough explanations of these fields, and how they affect the body. An excellent overview.

Public Health SOS: the Shadow Side of the Wireless Revolution. Camilla Rees and Magda Havas. 2009. Excellent overview of the latest science and practical health consequences of wireless technological devices.

Would You Put Your Head in a Microwave Oven? Gerald Goldberg, MD. Authorhouse 2006. Clear short explanations of health effects, with descriptions of supportive experiments included in the book’s final section. According to its author, “the book demonstrates that the rising incidence of certain illnesses and cancers across broad geographic regions parallels the increasing rise in exposure and use of microwave (cell phone and wireless) radiation.”

Samuel Milham, MD, PhD, one of the country’s most noted epidemiologists of the last 50 years examines and details the dangers associated with the increasing “electrification” of the society since the 1930s and 1940s, and links increasing electrification to the surge of modern diseases of the twentieth and twenty-first centuries: including cancers, heart disease and diabetes. 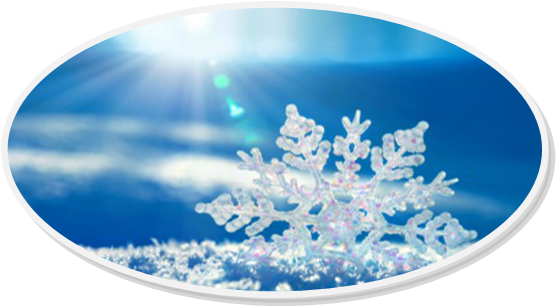