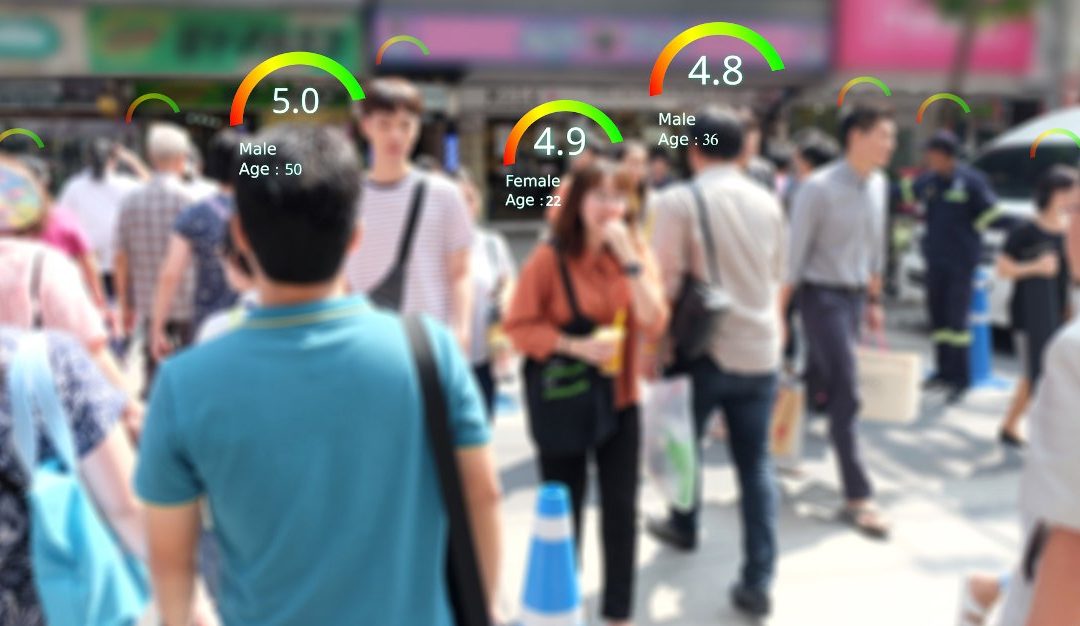 As a journalist in China, Liu Hu was no stranger to punishment.

For reporting on corruption among government officials, Hu was arrested, accused of “fabricating and spreading rumours,” and fined.

But then one day in 2017 he suddenly found that he was unable to buy a plane ticket. The system just rejected him. He also found he couldn’t purchase certain train tickets.

Then he discovered that he was unable to acquire a loan from any bank, and even forbidden from buying property at all.

Eventually Liu Hu discovered his name on a government “List of Dishonest Persons Subject to Enforcement.” And there was no obvious way to appeal the designation, or have his name removed from the list.

Hu was one of the early victims of the Chinese social credit system which blacklists citizens who are found to be untrustworthy— in the sole discretion of the Chinese government.

Others on the list have been prevented from renting certain apartments, holding particular jobs. They’ve even, had their bank accounts frozen.

Sometimes, all it took to become blacklisted was an accusation from a disgruntled business partner, or a social media post critical of the government.

The Twitter mob may be easy enough to ignore for most of us. But now it’s become more mainstream to purge US residents who have bad social credit.

For example, PayPal has announced an inquisition in partnership with the Anti-Defamation League to research funding for extremism on its payment platform.

“PayPal and ADL will focus on further uncovering and disrupting the financial pipelines that support extremist and hate movements. In addition to extremist and anti-government organizations, the initiative will focus on actors and networks spreading and profiting from all forms of hate and bigotry against any community.”

They are extremely vague about what exactly they will consider extremist content. But we have some idea…

The New York Times, for example, considers the word “freedom” to be an “anti-government slogan,” according to a recent article on the protests in Cuba.

Twitter considered it hate speech and banned a Spanish politician for Tweeting, “a man cannot get pregnant.”

If you protest lockdowns, you are an extremist putting lives in danger. If you burn down police stations and flip cars in the name of social justice, you are a mostly peaceful protester.

And these days, anything from the “Ok” hand gesture to cheese is considered racist.

PayPal is not going to keep this research to itself. It intends to be the tip of the social justice warrior’s spear:

“The intelligence gathered through this research initiative will be shared broadly across the financial industry and with policymakers and law enforcement.”

So the Big Banks will be able to use this same intelligence to blacklist “extremists” peddling “hate speech.”

And the CEO of the alternative social media website Gab had four banks in four weeks ban the company’s account, allegedly because the platform harbors “extremist content.”

All of this looks eerily like a back door for a Chinese-style ‘social credit system’ in the United States.

Vaccine passports are an obvious example.

If certain people have their way, the unvaccinated will be unable to board an airplane and banned from restaurants. Some people even say the unvaccinated should lose their health insurance for making an unpopular personal health decision.

During the pandemic, governments across the world set up reporting systems to rat out your neighbors for having family over for the holidays. Bad Citizen!

Vermont’s governor even asked students to snitch on their own parents who might have invited extended family over for Thanksgiving 2020.

And now the US government is leading the charge— with the help of the Big Tech companies, of course— by providing new, easy ways to report your ‘radical’ friends and family to the government.

What exactly constitutes radical? Anything they don’t want you to do, or believe.

This is the problem when just a handful of powerful centralized institutions controlling society.

And it is the reason a solid Plan B gives you options to ensure that you’re not entirely reliant on one country’s government, one country’s banking system, or one country’s public health policies.

I’m actually an optimist, and I have strong hope that humanity will overcome authoritarianism, as it always has before.

But hope is not a course of action. Optimism is not a viable strategy.

To truly become more secure from threats like America’s version of the Chinese social credit system, it’s important to give deliberate consideration to Plan B options that will put you in a position of strength.

James Hickman (aka Simon Black) is an international investor, entrepreneur, and founder of Sovereign Man. His free daily e-letter Notes from the Field is about using the experiences from his life and travels to help you achieve more freedom, make more money, keep more of it, and protect it all from bankrupt governments.
© 2021 Blacksmith Global Ltd. – All rights reserved