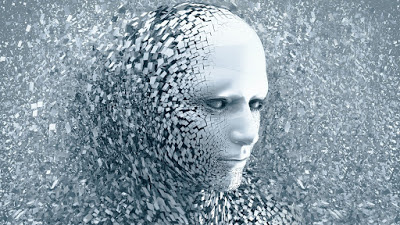 5G is a rapidly morphing core technology for today’s telephones, and tomorrow the nebulously labelled IoT, or “Internet of Things”, which sounds like a thriller sci-fi movie title. It’s a looming presence garnering increasing attention here and worldwide. Some yay, some nay, some what’s that? Regarding the new generation of mobiles, the CRC of the Canadian Govt says “5G will be a game changer in wireless telecommunications …with more devices, faster communication, and higher speeds.” The Scientific NGO PACE says that allowable international “radiation limits will have to be increased by 30-40% in order to make 5G deployment technologically feasible.”

If this is indeed a game changer, there’s a game being played here. In our world of duality and seeming opposites we have by default a) versus b), so let’s play up and play the game! We have two teams, the dark shirts vs. the light shirts, remembering that dark is neither good nor bad, it simply is. What the dark shirts of the radiation increase game are offering humans and all life on the planet is this: a massive increase in information, in electromagnetic force, in frequency.

In order to support our well-crafted and insatiable demand for more and faster and better in an already satiated network, and the forthcoming “internet of things”, millimeter wave technology is offering a ‘practical’ solution. Not so, of course, for all recipients though, as these beyond-microwaves don’t just touch your stuff!

Need a little perspective? A healthy human body (at our current level of consciousness) resonates at frequencies between 62-72 MHz; that’s a million Hz per second. 5G range plays between 6GHz-100+GHz … that’s a billion waves of radiation/second. When used by the US Army in crowd dispersal guns, the same millimeter waves in the 96GHz range penetrate the top 1/64” (.4 mm) layer of human skin, instantly producing the intolerable sensation that “your body is on fire” (US Dept of Defense). Wow…but if I’m not in the crowd, what’s that mean to me?

It means plenty. Wherever we are, we are always receivers of energy. Within 5G infrastructure, “The higher frequency waves carry data much faster but not very far, requiring a wide deployment – about every 8-12 homes – of micro-cell towers.” (Castanet.net). So we’re on an all-encompassing game-board and these higher frequencies penetrate and affect us with their information. “Everything on this planet, including animals, plants, and water, is made of atoms which produce, emit, and receive energy which operates [optimally] at a specific frequency. Everything – all our tissues, cells, organs, emotions and thought patterns– have their own unique electromagnetic fields” (medium.com).  Fields that can be altered by other energies.

The rhythm of your heartbeat is controlled by electrical impulses.

The human story has long been and still is one of excessive oppression, control, manipulation and external will (from on-planet and off) …an impressive experiment in consciousness perhaps? Our DNA, originally functioning as 12-strand, has been diluted to 2 with a bunch of “junk DNA” hanging out. Junk?!  But to some, “DNA is now recognized as a shimmering waveform configuration…a biological quantum field computer that is adaptable, and modified by light, radiation, and magnetic fields.”(newearthcentral.com)

Metaphysical/Spiritual awareness perceives that 3D reality here is intentionally limiting and segragative, focusing on our seeming separation from, well…just about everything. Other humans, nature, the Earth, beings beyond Earth, and the source of who we are. So the questions to ponder are these: who do I want modifying my DNA with information, and does a massive increase in it, in electromagnetic force, and in frequency have a lighter side?

We ourselves are the most unimaginably magnificent divine-human computing devices, the operating system of which determines how we each create our world. However, and here’s the good news, not only 5G is vying for continued mastery of how we function, our experiences we create, and where this world and this planet are going. We are simultaneously being immersed in, from the Black Hole of our Galaxy, the modifying light, radiation and electromagnetic fields of 5D, the light shirts of this game…and it’s your operating system, your choice! 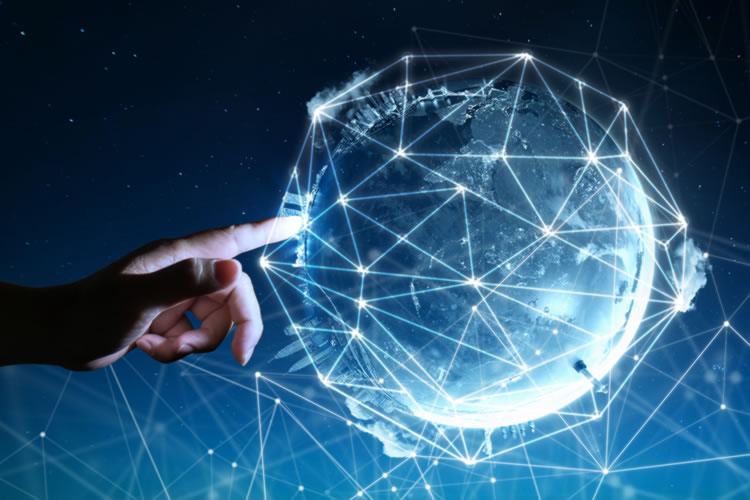 We know that 5G means 5thgeneration mobile telephone.  5D is recognized in a myriad of ways and to varying degrees as the “5thDimension”. For the sake of this story, let’s say that the dimensions of “reality” are levels of conscious awareness of ourselves and our relationship to life, to existence. The levels are, in essence, a matter of increasing density or refinement of the vibrations, frequencies, and electromagnetic forces… the energy of which all of Creation is made. And of course, in the unfathomable All of Creation, 3D is understandably not the only kid on the block!

Diluting DNA to 2-strand drastically creates a limited and focused experience, such as one of an adamant belief in individuality and separation from most everything else ~ basically where we still are today. Such a belief is a profoundly limiting one, and only allows certain information into our awareness, into our operating system for processing, from which we create our experience. Yes we’ve been waking up, moving evermore into the realm of the recognitions of the heart, with the blossoming worldwide Climate Strike being a perfect example! It’s the movie Avatar’s “I see you”, and what I see right now isn’t acceptable to me. I do not agree!”

So far, humanity’s m.o. has been pretty much at that point to express it by going to war, and the game of us versus them would flare up and create whatever havoc it created.  5G is only a continuum of manipulation by the so-called dark shirts, most of which barely gets noticed.  Let’s look at two examples, one regarding 5G, the other specifically about the on-going corruption of our bodies, our biological quantum field computers and their operating systems.

As recently as 2018 the U.S. Federal Communications Commission (FCC) took extraordinary steps to ram through 5G…rules were amended so that deployment decisions regarding 5G infrastructure would no longer require public participation and environmental review…and they, the unelected officials, voted to grant themselves more power to overrule all local and state governments in terms of siting 5G infrastructure. (watershedsentinel.ca)

“If you could eliminate certain outside frequencies that interfered with our bodies, we would have greater resistance toward disease.” `

Conspiracy, or just eager, powerful dark shirts playing the control game, the aggression leading up to today’s 5G is telling. An example of their mindset being Biologist Arpad Pusztai who was the world’s top expert in his field, until he discovered that genetically modified goods are dangerous: smaller brains, livers and testicles, partially atrophied livers, damaged immune systems…globalresearch.ca claims the call to shut him down came from the pro GMO U.K. Prime Minister [Tony Blair] to the head of the prestigious Rowett Institute, and Pusztai was silenced. Others believe the first call was from Monsanto to President Clinton then Blair.

I see you…and I don’t accept…I don’t agree. This is not my preferred reality!

So…we’ve established there’s a dark shirts vs light shirts game here. Also, that the dimensions or levels of reality in which we live are different by degrees of density or refinement of frequencies; dark being denser, light being more refined, more information. However…the information itself is a matter of quality as much as quantity.

Recognized or not, some of us have now chosen to receive more and higher specific information. Pioneering teacher Madam Montessori believed that children naturally enter stages of their development in which they have a predisposition or sensitivity to receiving and integrating more information, leading to the expansion of specific life’s abilities and skill sets.

It’s built in…and, if we choose to accept, 5D is offering! 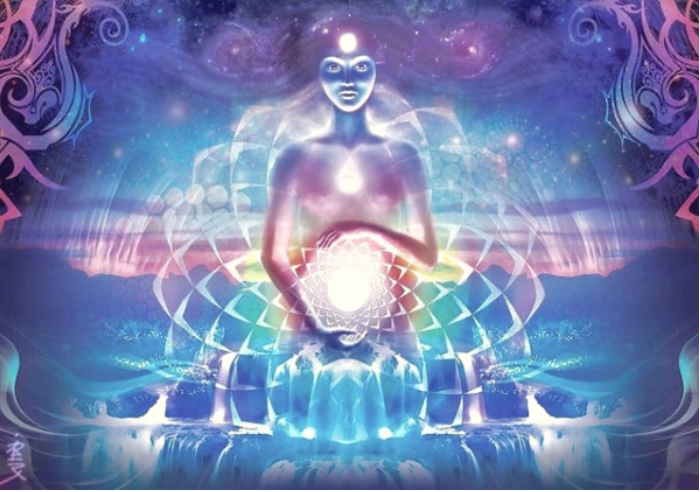 5G offers us bigger, better and faster business as usual. Such business has, however, driven the planet and all life upon her to the brink of disaster.  Let’s look at that…really look.

We already know that everything about us, specifically our emotions and thought patterns, has a unique frequency. “We understand in metaphysics and quantum physics that the frequency or vibration that you’re at is what actually determines the outcome”– our experiences and circumstances. Truth be told here, we ‘put out’ our energy and literally create the world we live in, personal and collectively global. “The way you put out your energy is by strongly believing in something…each of your beliefs is a specific frequency,” and humanity has been programmed with some dynamically limiting beliefs. This one, for example: I’m only human.

We perceive we have a world and earth in peril. Yes, we have a problem. And it’s one which we ‘only humans’have created in tandem with another belief: I’m separate from other.

“No problem can be solved from the same level of consciousness that created it.” (Einstein)

If you want to listen to soft rock you tune the dial of your receiver into the frequency where it’s playing. Even though your space is flooded with every station broadcasting simultaneously, you only receive soft rock. Apply this fact to our necessary solutions.

“For whatever challenge you face, the solution is a reality that already exists, but it exists at a higher or different frequency than that of the problem.” Every problem also has its own frequency, and will always exist at that vibration…meaning we cannot ‘solve’ a problem.

So…if we have these limiting beliefs of “I’m only human” and “I’m separate from other”, and from these we ourselves create a world and planet in peril, and this is an unsolvable problem, what do we do?

We raise our frequency above that of the problem. How? Here are some perfect starting places: “Say to yourself, ‘If this is happening then it is meant to happen.’ This will change your frequency.” Acceptance, openness, and trust in your higher self are magical things. “Behave in integrated, expansive, and loving ways.” And perhaps most importantly, remember that we are readyto receive more and higher information, and 5D is offering!

The gift to us from 5G is inherent in what it, our own collective creation, is reflecting back to us.  It is inviting us to open to our 5Dadventure, where we naturally live within, and create realities from, frequencies and information that are finer, faster, and higher!

“The only way you can experience anything is by agreeing to match that frequency.” An option being: 5G radiation proliferation of potentially questionable motives and damage. If you do not agree that this “is your preferred reality, you will not match that vibration and will not take it on. You cannot be a victim. Everything is a free choice.”

Our instinctual desire to connect has much higher purpose than global commerce, more realistic entertainment, and perceived human connection. “5D focus is on the harmonious blending with everyone and everything around you…you know that you are a multi-dimensional being, change is fast and easy [and] you know you are connected with All That Is.”

If we choose to let more 5D information in, we are letting go of the limiting beliefs that have prevented us from being all that we can be…who we truly are. 5D is, literally, come home to who you really are, and create the world you really want.  CHOICE POINT.

In kindness and Grace,
Marien Amaylia