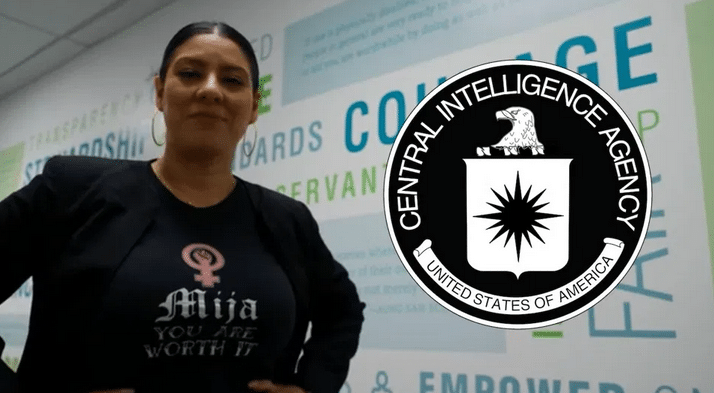 Intersectional Torturers: those making fun of the CIA’s latest woke propaganda are now calling it the Cisgender Intersectional Agency, an updated version of the Cocaine Import Agency. The CIA is probably the most notorious spy agency in existence worldwide, having been single-handly responsible for countless instances of overthrowing foreign governments, instigating coups, controlling the US media (Operation Mockingbird), assassinating heads of state, starting wars and running guns ‘n’ drugs.

The CIA is rebranding itself as the agency of intersectional torturers.

Social media was ablaze yesterday over a CIA recruiting video which you should definitely watch if you haven’t seen it already, because it has to be seen to be believed. The video features a Latina CIA officer proudly describing her ascent to her position in one of the most depraved institutions that has ever existed using a jaw-dropping fountain of social justice buzzwords and appeals to Latin American culture while wearing a t-shirt featuring a girl power symbol and the caption “Mija, you are worth it.”

“I am a woman of color, I am a mom, I am a cisgender millennial who’s been diagnosed with generalized anxiety disorder,” she says. “I am intersectional, but my existence is not a box-checking exercise. I am a walking declaration. A woman whose inflection does not rise at the end of her sentences suggesting that a question has been asked.”

“I did not sneak into the CIA,” says the officer over inspirational-sounding music, adding, “At 36, I refuse to internalize misguided patriarchal ideas of what a woman can or should be.”

“Know your worth, command your space. Mija, you are worth it,” the video concludes.

“People in other parts of the world who make even modest efforts to ‘command their space’ often end up murdered by the CIA or its proxies,” someone commented under the video.

It’s honestly one of the most appalling things I’ve ever seen. To see ideas and values that are intended to protect and elevate disempowered members of the human community exploited to promote an immensely powerful government agency notorious for its down-punching assaults on those very populations is horrifying, to put it mildly.

This would after all be the same CIA that has inflicted many murderous and catastrophic interventions upon the world in general and Latin America in particular. The same lying, drug-running, warmongering, propagandizing, psychological terrorizinginstitution whose extensive use of torture has reportedly included “Rape, gang rape, rape using eels, snakes, or hard objects, and rape followed by murder; electric shock (‘the Bell Telephone Hour’) rendered by attaching wires to the genitals or other sensitive parts of the body, like the tongue; the ‘water treatment’; the ‘airplane’ in which the prisoner’s arms were tied behind the back, and the rope looped over a hook on the ceiling, suspending the prisoner in midair, after which he or she was beaten; beatings with rubber hoses and whips; the use of police dogs to maul prisoners.”

So it’s understandable that a video promoting this agency using language intended to uplift women, Latin Americans, and those struggling with mental illness has been met with widespread ridicule and mockery. Of course, it was only a matter of time before this outrage elevated the video to the attention of mainstream conservatives and it was turned into another vapid partisan issue.

“China and Russia are laughing their asses off watching CIA go full woke,” tweeted Donald Trump Jr. “‘Cisgender.’ ‘Intersectional.’ It’s like The Babylon Bee is handling CIA’s comms. If you think about it, wokeness is the kind of twisted PSYOP a spy agency would invent to destroy a country from the inside out.”

Yes Junior, the CIA is trying to destroy the very empire it exists to defend, using “wokeness”. Fucking moron.

“The CIA once had a mission against the Soviets, then Al Qaeda, but it is now a slothful, wasteful bureaucracy, overrun with politically correct slogans and militant mediocrity- as is the whole ‘intelligence community’,” tweeted radio host Buck Sexton.

Yeah the CIA was awesome when it was murdering and torturing Muslims and communists, but now it’s just a wasteful bureaucracy. Putz.

Why I love working for the CIA. pic.twitter.com/Frs3OnNgP3

To be clear, here are the things we learned from the CIA’s “I am intersectional” video:

Here are the things we did not learn from the CIA’s “I am intersectional” video:

The video is significant because it shows an agency staffed entirely by sociopaths using extremely manipulative language to advance its predatory agendas, not because it vindicates your dopey ideology. It’s so dumb and depressing how everything real gets twisted and bogged down into fake partisan bullshit.

The CIA can use, has used, and will use any ideological position to advance its agendas. That’s what’s so creepy about the video: it’s a high-budget, in-your-face example of how predatory manipulators operate, and it sets off our predation alarms. It’s not because “woke bad”.

Sociopaths don’t use language like normal human beings; normal people use language for connection and communication, while sociopaths use it for manipulation and control. Seeing it laid out openly, with language toyed with in a way that is entirely divorced from human value, is shudder-inducing.

Command your space. Mija, you are worth it.”

Still, it is in some sense comforting to know that after all this time, after all that practice, after all that research into the mechanics of the human mind, and even with all its vast resources, the CIA can still make a sloppy propaganda video that is subject to viral disgust. They might be sociopaths, they might have an immense budget supplemented by their own covert drug trafficking programs, but at least the missing empathy centers in their brains sometimes make it difficult for them to understand normal human beings enough to manipulate them effectively.

It’s just so crazy that people still support this warped, perverse institution. It says so much about the power of Hollywood brainwashing, and about the power of denial. People just assume the CIA no longer does the profoundly evil things we know for a fact it has done in the past, and this assumption is based on literally nothing. It’s based on no factual evidence whatsoever. It’s believed because it is comfortable.

You can be sure that when the next revelation comes out about some unfathomably evil thing the CIA did in the past, people will say “Boy I’m sure glad it’s not like that anymore! Today’s CIA is intersectional!”

“The bombers will be emblazoned with rainbow flags
and flown by empowered women of all colors
who will scream ‘YAAASSS QUEEN!’ as the mushroom clouds arise.”https://t.co/wGH8YPXigX

Our weapons will be manufactured by corporations
that have pansexual CEOs and Muslim shareholders.

The bombers will be emblazoned with rainbow flags
and flown by empowered women of all colors
who will scream “YAAASSS QUEEN!” as the mushroom clouds arise.

The desert sand will turn to glass in the blasts,
and that glass will become a ceiling,
and that ceiling will be shattered
by a lesbian CIA Director.

People will be vaporized on the spot,
or watch their own bodies fall apart like sandcastles,
but they will never be misgendered.

We will march as equals,
white, black, Asian, indigenous,
and whatever miscellaneous extras we can find
(so long as they’re photogenic enough for Instagram),
arm-in-arm singing “Fight Song” in one voice
beneath a drone-filled sky
to the edge of extinction
where we will leap together
screaming “This is all Susan Sarandon’s fault!”
into the face of the abyss.

It won’t be pretty,
it won’t be wise,
but at least,
for one glorious flash,
we will get to feel like we really tried. 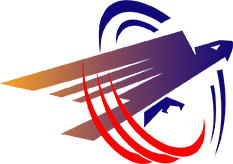 Caitlin Johnstone:   Rogue journalist. Bogan socialist. Anarcho-psychonaut. Guerilla poet. Utopia prepper. Proudly 100 percent reader-funded through Patreon and Paypal. Much work done with assistance from soulmate/brother-in-arms/co-conspirator Tim Foley. Read Caitlin’s articles on Medium here or on Steemit here, follow her on Twitter here, and follow her on Facebook here. If you would like to support Caitlin, you can share her articles around, buy her book, or throw some coin in her hat on Patreon or Paypal. Shine on.