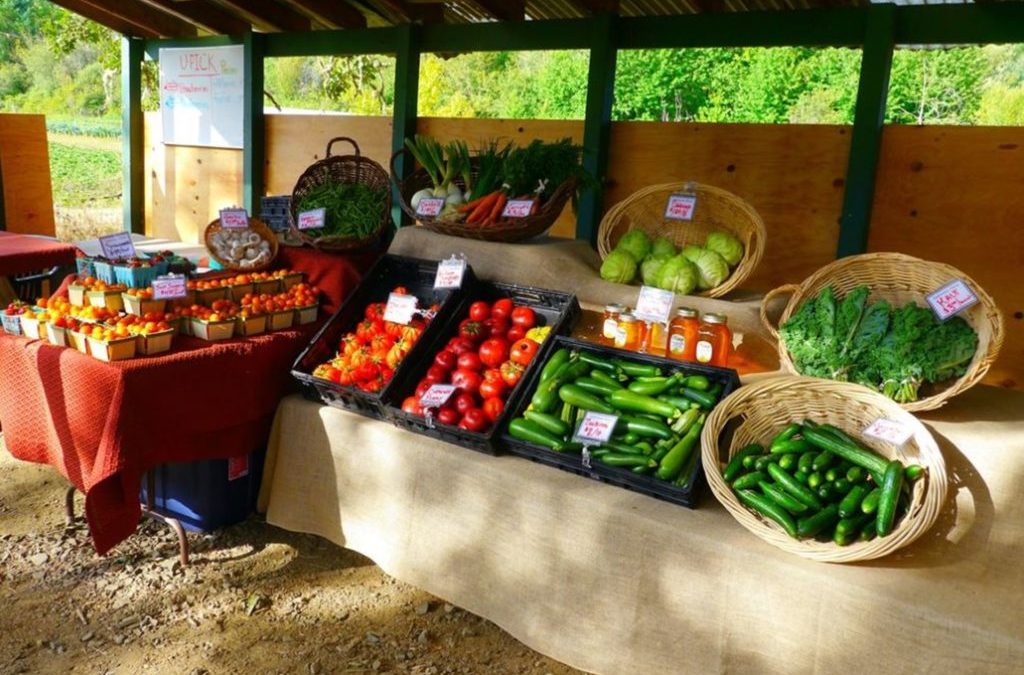 Welcome to the the Foundation for Economic Education

Our mission since 1946 has been to inspire, educate, and connect future leaders with the economic, ethical, and legal principles of a free society. We captivate and inspire tomorrow’s leaders with sound economic principles and the entrepreneurial spirit.

The Little Ones Learning Center in Forest Park, Georgia, has often sold its produce with discounts to local food stamp recipients and other neighbors and has been acknowledged as a leader in the farm-to-school healthy food movement.

It’s like something out of The Onion: city manager shuts down preschool farm stand out of fear that, if allowed, “we could end up with one on every corner.”

Alas, this is not satire. It’s the current predicament facing the Little Ones Learning Center in Forest Park, Georgia, just outside of Atlanta. In an area where access to fresh fruits and vegetables can be limited, this preschool has stepped up to prioritize growing and selling fresh produce from its school gardens. According to recent reporting in the Atlanta Journal-Constitution, Little Ones has often sold its produce with generous discounts to local food stamp recipients and other neighbors and has been acknowledged as a leader in the farm-to-school healthy food movement.

That is, until the city shut down the bi-monthly farm stand program last month for zoning violations.

Despite protests from community members, city officials are holding firm to their stance that allowing one farm stand could lead to an unruly proliferation of fresh produce.

Central planners are uneasy with spontaneous order, or the decentralized, peaceful process of human action in an open marketplace.

“Anywhere you live, you’ve got to have rules and regulations,” Forest Park City Manager Angela Redding said. “Otherwise, you would just have whatever,” the Atlanta Journal-Constitution reported.

That “whatever” is exactly the hope and promise that irks central planners. Whatever symbolizes what is possible when individuals and organizations spontaneously create new streams of value for their neighbors. Whatever are opportunities for mutual gain through voluntary exchange. Whatever are new inventions, new services, and new ways of living and being that augment our existence and improve our future. Whatever is freedom.

Central Planners Are Threatened by Freedom

Freedom is the threat. Central planners are uneasy with spontaneous order, or the decentralized, peaceful process of human action that occurs when individuals follow their diverse interests in an open marketplace of trade. A preschool finds it beneficial for their students, parents, employees, and neighbors when they emphasize immersive gardening, sustainably-grown produce, and farm stand commerce. Students enjoy it, parents value the experience for their children, teachers choose to work in this farm-focused environment, and neighbors are willing to pay for the garden bounty from a twice-per-month farm stand. It is a beautiful example of the beneficial gains achieved through free markets.

That is, until the city’s central planners intervened out of fears that allowing one neighborhood farm stand to operate could lead to many, un-zoned farm stands. This is particularly poignant given that this preschool is located in one of the most disadvantaged counties in Atlanta. Little Ones preschool director Wande Okunoren-Meadows told Mother Nature Network: “According to the United Way, Clayton County has the lowest child well-being index out of all the metro Atlanta counties…So if we’re trying to move the needle and figure out ways to improve well-being, I’m not saying the farm stand is the only way to do it, but Little Ones is trying to be part of the solution.”

Zoning is often considered to be a protection mechanism, ensuring that neighborhoods remain orderly and livable. Yet, zoning laws in this country have a long history of racist tendencies. Granting power to government officials to control housing, commerce, and neighborhood development has previously led to unfair practices and unfavorable results. Decentralizing that power by eliminating questionable zoning practices can ensure that power is more justly distributed among the individual citizens of a particular community. Sadly, children’s lemonade stands are also routinely shut down for similar reasons, often with the same outrage.In the case of the Little Ones preschool, power would shift from city planners to local neighbors and businesses.

The city has offered Little Ones an opportunity to hold their farm stand in another part of town, but it is far away from the preschool and its neighborhood. City officials also said that Little Ones could pay $50 for a “special event” permit for each day it hosts its farm stand—a fee that is prohibitively expensive for the school and its small produce stand. For now, the school is selling its fruits and vegetables inside the building, but the indoor location is leading to far fewer sales as passersby don’t realize it’s there. The Little Ones parent and educator community is hoping that the city rules can be changed to allow for occasional outdoor farm stands.

Cases like Little Ones preschool expose the deleterious effects of zoning regulations. “It’s like shutting down a kid’s lemonade stand,” Okunoren-Meadows says. “Nobody does this. It just shouldn’t happen,” the preschool director told Mother Nature Network.

We should be outraged when young entrepreneurs are prohibited from producing and selling something of value to their neighbors due to restrictive regulations that centralize power and weaken neighborhood dynamism. Some states, like Utah, are passing laws to protect young entrepreneurs from these zoning and licensing challenges. The key is to look beyond preschool farm stands and advocate for more freedom for all.

Kerry McDonald is a Senior Education Fellow at FEE and author of Unschooled: Raising Curious, Well-Educated Children Outside the Conventional Classroom (Chicago Review Press, 2019). She is also a regular Forbes contributor. Kerry has a B.A. in economics from Bowdoin College and an M.Ed. in education policy from Harvard University. She lives in Cambridge, Massachusetts with her husband and four children. You can sign up for her weekly newsletter on parenting and education here.