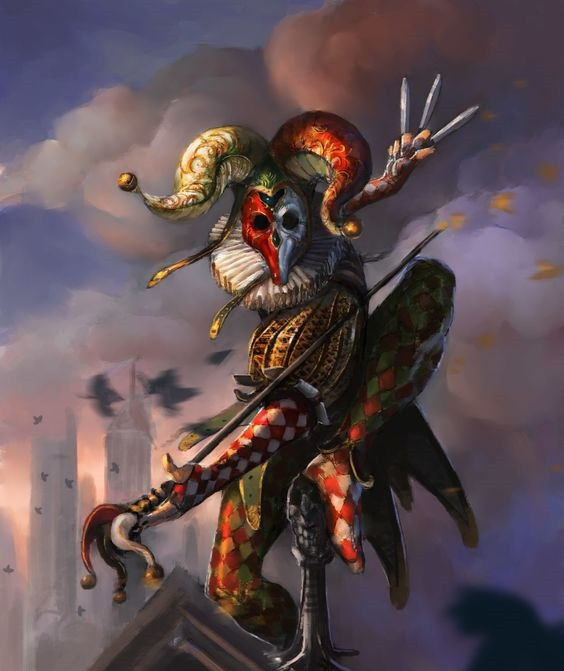 The sickness of our society is actually hidden within its order. The seeming order of our society hides the fact that it is fundamentally sick. How do we know it’s sick? It’s self-evident. Any society that pollutes its own air, water, food, and minds is a profoundly sick society. And here we are.

As such, the “order” of our society (tribe) is in desperate need of higher order. We can probably all agree that we would like our society to be healthier and more harmonious. Or, at least, not sick. But most of us don’t even know that we don’t know the society is sick. And those of us who are aware of it, don’t know what to do in the face of a behemoth that’s so profoundly sick yet continues to thrive at the detriment of everything else. There’s the fear of change to contend with. There’s cognitive dissonance to wrestle with. There’s the daunting overwhelm of it all to battle against. What is a healthy human raised in an unhealthy society supposed to do?

That’s where the powerful energy of the sacred clown comes into play. We may not have been initiated into Heyokas, Koshares, Zuni Kochina Dancers, or any number of traditional sacred clowns, but there’s nothing preventing us from tapping into this vital energy to create a little disorder in the all-too-orderly disharmony of our sick tribe (society).

(Here are Seven Signs You May Be a Sacred Clown)…

Heraclitus, speaking thousands of years before, proposed the idea that all change comes about through contradiction, referring to the idea of opposite thinking as Becoming. Sacred clowns are the personification of this Becoming. They herald the coming of higher order, with a twist: they use discord to create concord. When Heraclitus said, “Everything is Fire” he meant that everything is in a constant state of change and progression, more-so than in a state of chaos.

Modern day societies can’t stand real fundamental criticism, whereas tribal societies were healthy and secure precisely because they could withstand real criticism. The main reason for this was because of the role of the sacred clown.

Through the discord of sacred clown (or trickster) energy, the existing order is put on blast. It’s challenged, jostled, shaken up, turned inside out. The script is flipped. The tables are turned. The envelope is pushed. It’s like a plowing of the crops, only the crop is society. It’s a cultural tillage, so to speak. The churned up social milieux creates a psychosocial humus in which seeds of updated order can be planted and cultivated so that a burgeoning higher order can come to fruition.

Through high humor and otherworldly antics sacred clown energy reveals the wizard behind the curtain. It’s desperately needed medicine, vital, primal, primordial. It makes the darkness lighter. It dims the too-bright lights. Through amoral disharmony it maintains moral harmony. It lifts the burden of seriousness and heaviness that we have become so accustomed to feeling in our everyday lives. It shows us alternative ways of being human in the world.

Much shadow work is needed. A huge aspect of transforming order into higher order through strategic disorder is shadow work. Sacred clowns must be able to reconcile their shadows and bring them into ecstatic union—a union of opposites—with their inner light. This will create a fierce humor, a courageous humor, that will be able to cut through the blinding light of society’s all-too-orderly disharmony.

An amoral honor emerges. Sacred clowns understand that one must be amoral in order to transform immoral action into moral fortitude. The need to use amoral acts to counter both the overly moral goody-two-shoes and the immoral psychopaths, tyrants, and power-mongers is vital for transforming order into higher order. Sacred clowns embrace this amorality with humor and honor. They deflate the ego and animate the soul in spectacular displays of uncertainty and ambiguity.

With their shadows like black capes flapping behind them, sacred clowns earn a courage that goes beyond good and evil, or rightness and wrongness. It’s a kind of courage that launches them past sentimentality and pettiness and into a fierce ruthlessness regarding the “way” of things. They gain the vital power needed to transform disordered order into higher order through strategic disorder.

They realize that the only thing that matters more than maintaining order is implementing disorder to attain higher order. This is a self-evident truth that serves as the first principle of clowning greatly: we will reap no higher order if we cannot sow a little strategic disorder.

This doesn’t mean mindless chaos, mind you. No. this means intelligent upheaval, civil disobedience, and counting coup on the Power’s That Be. It means using amoral agency despite the overly moral majority blinded by the sick society’s light. It’s a wake-up call. It means reconditioning the cultural conditioning that led to our current sick condition. It means reprogramming the outdated programming that keeps us living on dead patterns. It means tossing a monkey wrench into the outdated machinery of the man-machine.

As it stands, we have self-organization but no chaos. We have life but no health. We have order but no harmony. We have a sick system, but no strategic disorder to act as a counterbalancing medicine. And really, what good can come from the self-organization of a sick society? Does it not just create more sickness? Krishnamurti said it best, “It is no measure of health to be well adjusted to a profoundly sick society.”

Clowning greatly is becoming maladjusted to the profoundly sick society in order to create a measure of health that re-unites chaos and self-organization. So that life and health can exist in harmony.

Only sacred clown energy is audacious enough to create the kind of psychosocial upheaval necessary to create a higher order out of the outdated and unhealthy existing order. This energy is vital. It’s just insouciant enough, just ruthless enough, just courageous enough to tip the scales in favor of harmony and higher order. We just need more people with the capacity, the daring, and the wherewithal to tap into it.

Let’s reign in the runaway horses of history. Let’s create our own destiny. The health and progressive evolution of our species hangs in the balance. Sacred clown energy is a deep reservoir of cross-cultural and archetypal magic just waiting to be tapped. Let’s tap it.

Let’s dare to Become: a maverick in the matrix, a chaos theory butterfly defiantly flapping its wings, an icon of iconoclasm, a catalyst in the clockwork, a union of summit and abyss, a trickster god in training, a perennial Jesterado, a clandestine chaos clown combatting all tyranny.

The Jester by Michele Giorgi

This article (Clowning Greatly) was originally created and published by Self-inflicted Philosophy and is printed here under a Creative Commons license with attribution to Gary Z McGee and self-inflictedphilosophy.com. It may be re-posted freely with proper attribution, author bio, and this statement of copyright.