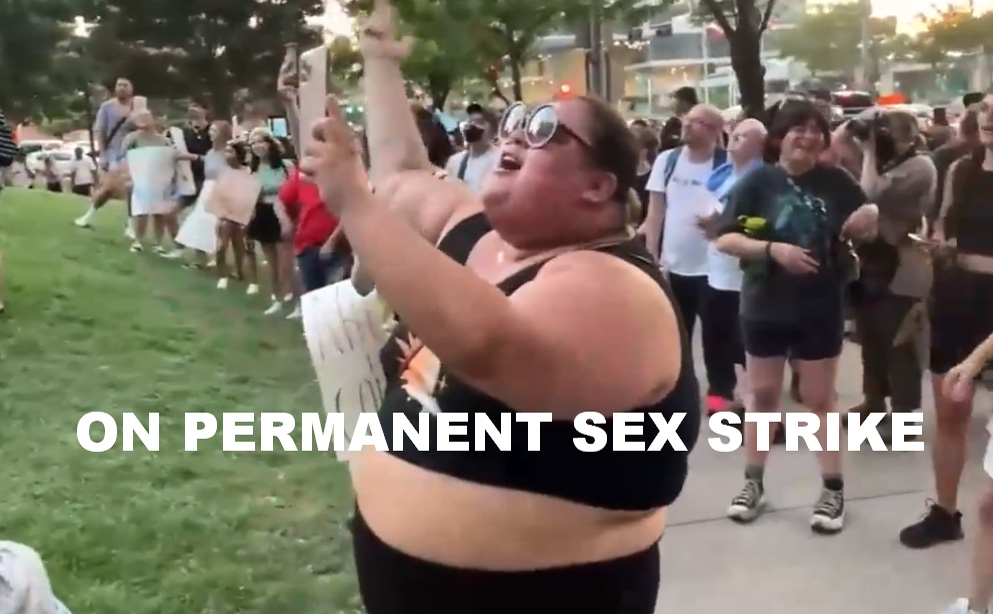 Thanks to Moderna and Pfizer, the panic over the recent SCOTUS decision to return the issue of abortion back to the states is without substance, if not constitutionally then thanks to “following the science”, conceptually.

Constitutionally, the court decision is just the beginning of a new federalism war, a new current thing that will be politically useful as a midterm variant of concern while also assisting the interests of globalists in destroying states’ rights to commandeer the nation more than they already have.

As Jon Rappoport presciently writes about the legal and political front:

Everybody and his brother, sniffing the possibility of government money (both state and federal), is going to set up a 501c3 that accepts grants and straight funding, to assist women to travel to a state that permits abortions.

The press will run gripping human interest stories on the efforts. Somebody will call it THE NEW UNDERGROUND RAILROAD.

“Women who can’t get abortions in their home states are basically SLAVES. And they have to flee to exercise their natural rights…”

What about Globalists? Think it through. In trying to erase national borders and set up one system of governance for the planet, which route is easier? Capturing the US federal government, or also battling against 50 States with their own powers?

Someone is going to claim a) slavery would still be the law of the land were it not for the federal government, and b) the right to an abortion is in exactly the same situation now.

The constitutional disagreement is just the legal front in a debate bleeding hypocrisy from coast to “clump of cells” coast. The nauseating “my body, my choice” mantras everywhere have made a spectacular resurgence while curiously absent the previous two years in regards to clot shots, in which case it was your body, their choice, or “Your body, no choice”.

Want to keep your job and employee subsidized family healthcare?

Get poked twice with an experimental shot only authorized for emergency use that doesn’t work as claimed where the corporation has legal immunity or get bent. Go on then, roll up your sleeve, and don’t be SADS about it.

The SADS truth is that the shots are working spectacularly well. And thanks to their real purpose Moderna, Pfizer and the globally interconnected cabal of depopulationists have helped settle the issue of abortion for society. There is no need for “my body, my choice” protests or “insurrections” ladies and betamelt white knights, just go get another booster and you can throw away your rubbers for good.

Both generous companies in collaboration with the federal government have taken it upon themselves to continue the work of planned parenthood with mandated and coerced mRNA treats. Operation Children of Men has launched with tremendous success over the past 18 months and the first returns are now coming in from Germany, the Netherlands, Norway, and the UK. There will be no need for abortions soon, as there will be fewer and fewer fetuses, and babies to abort. The “vaccines” are doing all the heavy cutting now.

6-9 months after the rollout for the under 40 demographic in Germany, a 9-Sigma event in birth reductions for Q1. The statistical probability of this occurring naturally? One in many lifetimes of the universe, or 1 in a few quadrillion years.

The women presently threatening sex strikes across the urban hellscapes of America physically have zero negotiating leverage, but self-awareness is clearly not their forte. The solution to the court’s ruling is as clear as the day is long because they really thought of everything at the Depopulation HQ board room. As many “birthing people” who will want a baby, will not be capable, the demand for parents seeking to adopt will skyrocket, thereby decreasing the need for abortions.

In other news, the SEC has just approved futures markets for pureblood sperm and eggs.

That “crazy” 4-chan post from 18 months ago by a self-proclaimed industrial engineer at Moderna may not have been so crazy after all.

The time divergence between “conspiracy theory” and fact is now approaching zero days.

And those Deagel figures on population reduction are getting a quick injection.

They’re certainly trying their best to make them fact, but they’ll need to accelerate the process to keep with their 2025 timeline. The new abortion hysteria will increase the war on states’ rights and see a greater power grab by the District of Corruption, but there’s no way they could go after the second amendment and disarm the population which is the first decree all tyrants impose before mass cullings begin.

There are options for the whole family: Men, Women, Kids, Toddlers, and even “Birthing People”. There are many styles of T-shirts, Hoodies, and Long sleeves, all in different fabrics (regular + premium), colors, plus various fits from slim, to regular and comfort.

Get 10% off for a limited time with code: FLOCK