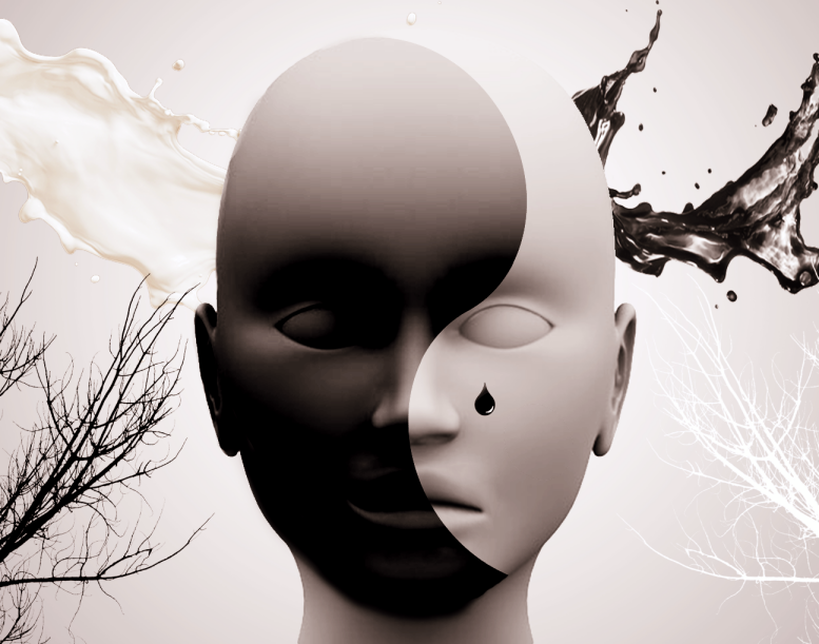 Without contraries there is no progression. Attraction and repulsion, reason and energy, love and hate, are necessary to human existence – William Blake

German mystics of the 16th century and before conceived of an underlying schism in the psyche of God. Indeed, they believed God had both an unconscious and dark side to his personality. It’s a concept completely rejected by religious types who deem it heretical and taboo. Their God must be in all ways perfect. Otherwise man could not be imperfect, sinful and subservient, and the tyrannical reign of the priests would be over.

Nevertheless, despite the agendas of conniving theologians, the “contrarium,” as I call it, exists and originates within Spirit’s own body. As Meister Eckhart, Jacob Bohme, and other sages envisioned it, disharmony is the root of all being. The ground of Spirit is not harmony and peace but duality, disequilibrium and restlessness. If it were otherwise, we’d have no creation and life as we know it.

Consequently, the agitation within man is not experienced by man alone. On the contrary, it is an indelible attribute of Spirit itself. Man’s psyche is restless because restlessness is the hallmark of his creator. 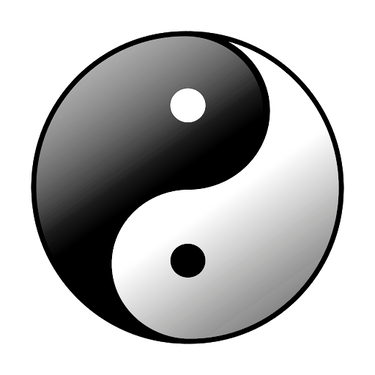 The Contrarium without which nothing would exist.

The proof for the presence of this contrarium is to be found everywhere. Its primary physical manifestation is found in the starkly obvious dyad of male and female.

It also manifests in a multiplicity of other phenomena: masculine and feminine, life and death, existence and nonexistence, time and eternity. We have age and youth, night and day, black and white, light and darkness, right and wrong, good and bad, inhale and exhale, flex and reflex, inside and outside. We have thought and action, thinking and feeling, knowledge and ignorance, knowledge and belief, understanding and confusion, sorrow and happiness, despair and hope, comedy and tragedy, waking and sleeping, consciousness and unconsciousness, right brain and left brain, beauty and ugliness, engagement and indifference, pessimism and optimism, self and other, truth and falsehood, abstract and concrete, means and ends, cause and effect, positive and negative, centripetal and centrifugal, finite and infinite, wholes and parts, chaos and order. So it goes ad infinitum.

Although we never question the phenomena, it all stands as absolute evidence of an underlying dualism for the most part overlooked or misunderstood by science and religion.

Indeed, modern science encounters the contrarium on the subatomic or quantum level, where it manifests as the “wave” and “particle” dyad. Strange that it appears so ubiquitously and yet is so rarely mentioned and contemplated.

One of the most conspicuous duads is that of mind and body, which apparently is still mysterious to science. We might ask why? Is it because, paradoxically, everything we learn about mind is by way of mind? If so, can we ever rationally speak of “objective” knowledge? Is not this sacrosanct “pillar” of science a complete absurdity?

Adding the mind-body divide to the other examples, it appears that each person from birth onward is little more than a personification of the mysterious contrarium.

According to mystics and idealists, this disequilibrium is not a bad thing or something to be lamented. It is the reason for the rise of sentient and non-sentient life and for consciousness. Self-consciousness, and our ability to question the meaning of existence, would be impossible without it.

In my video presentations on Mysticism and Idealism, I explore the contrarium in detail, showing how many so-called spiritual traditions – particularly in the east – habitually demonize dualism as if it is something pernicious. Actually, those who deem it so reveal their infantile understanding of reality. After all, as said above, when we bat our eyelids, when we breathe and put one foot in front of the other, we embody and manifest the contrarium, the ground from which the cosmos arises. 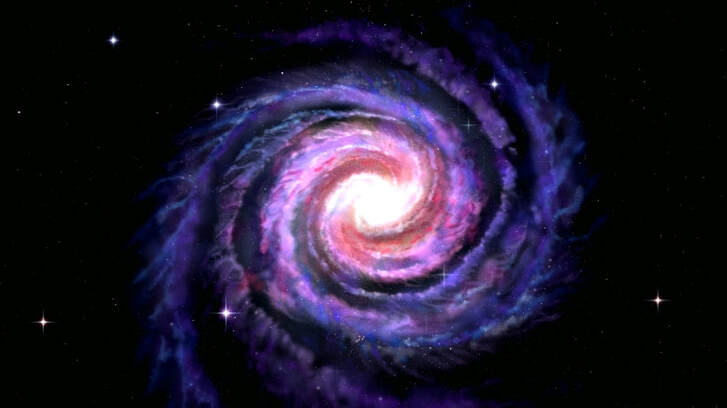 The first and foremost expression of the cosmos is not unity but Dialectic Monism. In the Judeo-Christian mythos the dyadic nature of the cosmos is represented by Adam and Eve. In the mystical and magical traditions it is known as and typified by the Yin-Yang and by Nuith and Hadit. Blake referred to it as the polarization of the Prolific and the Devouring, and more famously as “Fearful Symmetry.”

Men do not know how that which is drawn in different directions harmonizes with itself. The harmonious structure of the world depends upon opposite tension like that of the bow and the lyre
– Heraclitus

The contrarium appears before us in the complex relationship between Self and World. There isn’t a daily activity that does not rest upon it. The movement of every muscle and sinew occurs due to it, as does the act of lying down and standing up. Horizontal or vertical, waking or dreaming, focused or distracted, interested or disinterested, present or absent, aroused or jaded, loving or hating, it’s all a manifestation of an underlying ontological bivalence or oppositorium – an absolute that materialists refuse to admit exists. 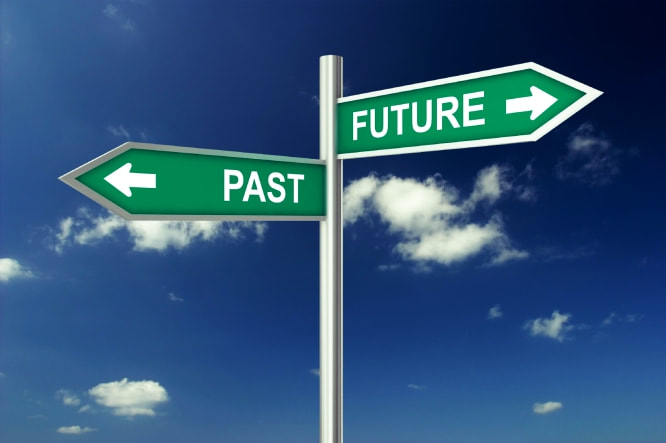 The word “mind” is a verb not a noun. It denotes movement and endless progress. Mind is not a thing, it is a process with a definite dialectical structure. For more on the contrarium see my video presentations on Mysticism and Idealism.  (Here & here for more…)

For further proof of the contrarium we need look no further than the phenomenon of consciousness versus unconsciousness. Although Freud’s schemata of consciousness generally depicts a tripartite division, the main divide consists of two main hemispheres, sometimes in harmony, but in the main working at loggerheads. If it were otherwise, we’d not suffer from inner tension and stress. We’d not experience conflict between desire and delayed gratification, and would never experience shame, guilt or the need to resist temptation. We’d never hear babies scream in distress, never experience want or antipathy toward this or that person or thing. Life would be, as we say, “a breeze.”

The contrarium denies us this relatively blissful existence, plunging us into a maelstrom of conflict, antagonism, rivalry and dissent. To be what we are means to oppose one thing or another and perpetually feel obstructed by the world.

Nietzsche’s famous Will-to-Power is an epiphenomenon of the underlying contrarium. It is born from our misgiven desire to overcome duality. Realizing that our personal desires meet resistance from the world, and from other people, we muster mental and physical strength to push our way through obstructions. Sometimes the Will-to-Power manifests violently, and sometimes in a more sophisticated form, as when we schmooze our way forward and pour honey over someone’s ego to get what we want.

Like Schopenhauer before him, Nietzsche did not properly address what unseen engine pushes human will along. To do so would have meant explaining consciousness in idealist or mystical terms, which both men, being arch-materialists, were loath to do. Nevertheless, we now know the answer. Will is directed at all times by the underlying restlessness. Consciousness is itself the manifestation of ontological disharmony, and is therefore always in a state of unrest.

The disequilibrium is an innate principle of consciousness, compelling us to break the circle of ego-hood. Without it we’d remain solipsistic and autistic. Nathaniel Branden describes the orientation of consciousness at the autistic level:

F. H. Bradley comments on the problem of self-enclosure:

My external sensations are no less private to myself than are my thoughts or my feelings. In either case my experience falls within my own circle, a circle closed on the outside; and, with all its elements alike, every sphere is opaque to the others which surround it…the whole world for each is peculiar and private to that soul.

Fortunately, nature doesn’t leave it like this. Consciousness doesn’t remain harmonious and static. The solipsistic tendency is disturbed and, thrown off kilter, we are forced to make contact with the external world. Self must encounter Other; Eigenwelt must engage with Mitwelt.

As Hegel explained, this encounter starts on a rude unsophisticated level, where the other is considered a threat to be subdued or defeated. This attitude becomes the basis of a Master versus Slave opposition which may remain one’s basic disposition throughout life.

Hegel hoped individuals would transcend this primitive level, to develop a more sophisticated mode of engagement, not only with others but with the world at large. Such progress entails a deeper perspective on one’s purpose and role in the world. It means that one must become more empathic and sensitive toward others, finally realizing that the other is, as it were, the mirror of the Self. We respond to the other in a more sophisticated manner once we realize that they reflect back to us key characteristics of ourselves. Our care toward them is, therefore, ultimately an extension of Self-love.

If one values progress and ascent toward truth, one cannot but value one’s relationship with the other, regardless of whether they are compatible or incompatible. The tension and conflict experienced in human relationships of all kinds is just one more instance of the contrarium at work.

The limen between oneself and the other remains, but instead of being an uncrossable barrier, it is revisioned as the zone where two selves meet so transmutation can occur, an act of alchemical sublation  ordained by Spirit. 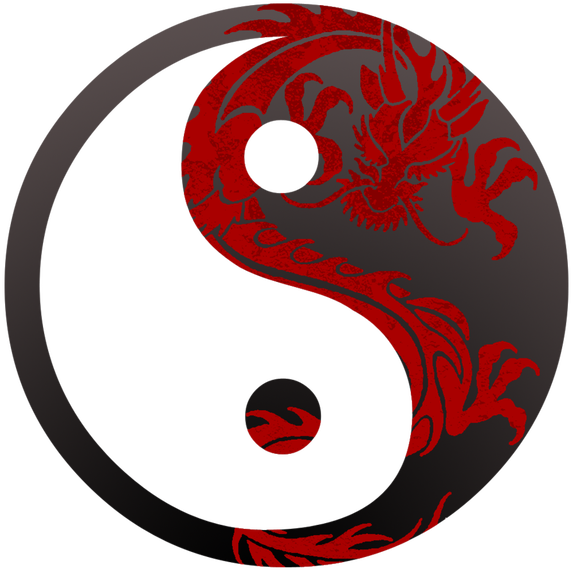 The S shaped wave between the hemispheres does not divide them. Rather it marks the meeting place where polarized hemispheres come together to discover what they have in common. (Note the image of the red dragon, representing the underlying restlessness at the heart of Spirit.)

The Apollonian and the Dionysian are diametrically opposed tendencies or impulses of art, man and life – Lucy Huskinson (Nietzsche and Jung)

Since the contrarium does not originate with human existence, and since it transcends consciousness, we see that it underlies human will. It lies deeply and eternally at the base of all existence and isn’t about to disappear.

The question then arises as to what we actually know about it? Given that most of the world’s religions and traditions demonize duality, do we think we are up to speed on its anatomy? I do not think so. We’ve ignored the German mystics who first asked important questions about the anatomy of Spirit, and who discerned the inherent restlessness of Spirit by which creation takes birth and continues to exist.

The thought of the great German sages constitutes an authentic Western Mystical Tradition that has long been an affront to advocates of Materialism and religion. Both contingents work hard to downplay and denounce mystical ideas, but have long since run aground with their absurd explanations for reality and consciousness. Their failure demands we waste no time resurrecting the profound teachings of past western sages, restoring them to their former glory, so their wisdom can be patiently and reverently contemplated.

To this restoration of the authentic Western Mystical Tradition we must brook no opposition or obstruction.

Very few people can leave David and Michael speechless….this is one of those episodes.

We’re joined by Akos Mondovici for a exciting ride into the world of the philosophy of Idealism, Mysticism, Sacred Mathematics, Sacred Geometry and related arts and sciences. We’re afforded a new perspective on the divine language of the universe and underlying principles of reality.
Subjects include the secret significance of numbers 3, 6, 9, 11, the triangle, square, sphere and pyramidon, etc.This and much more… 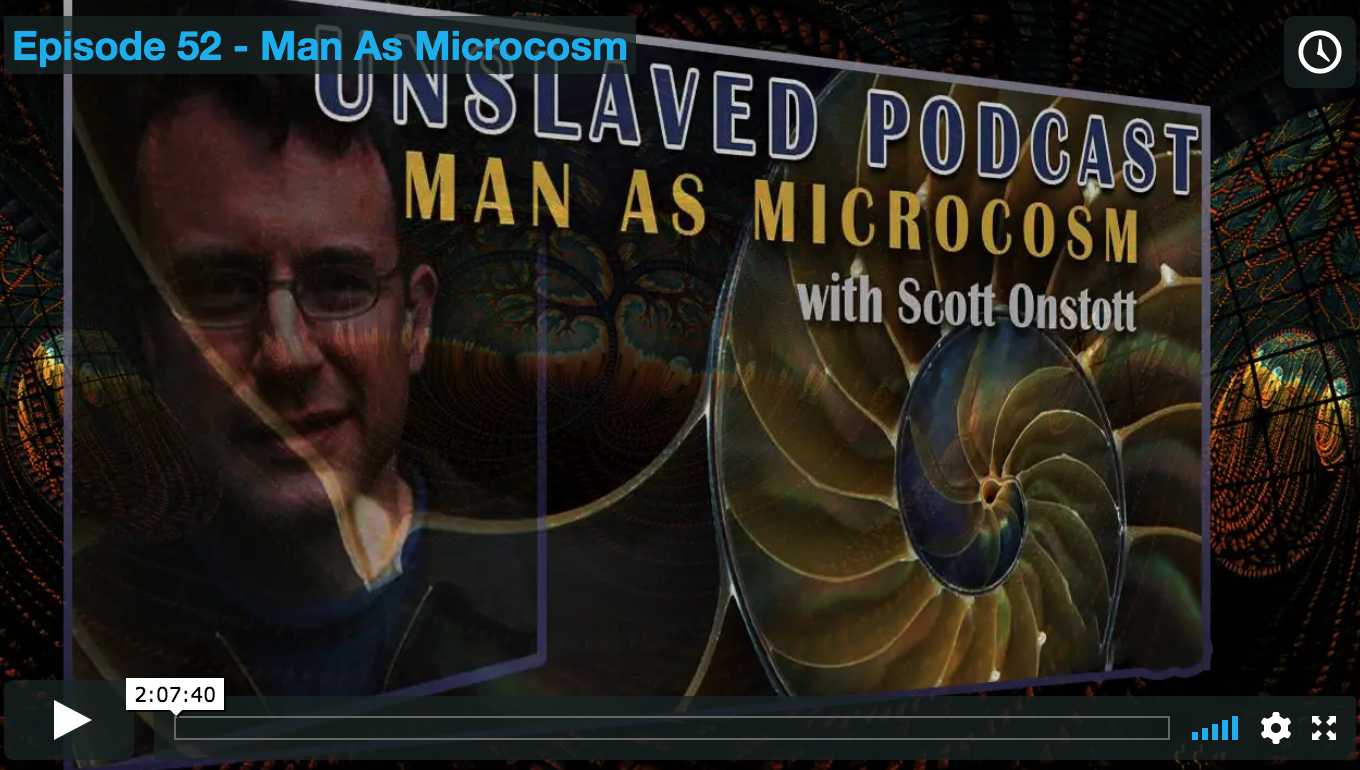 Michael and David are joined by Scott Onstott, film-maker and expert on esoteric geometry.