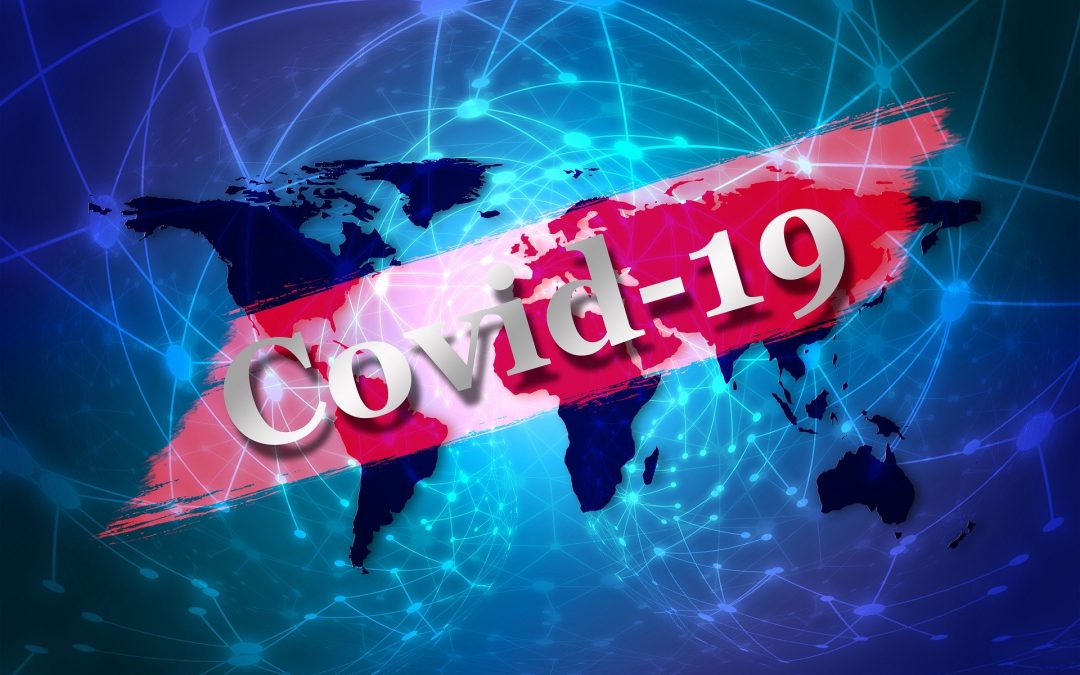 Rights and Freedoms, Blog at WordPress.com.

A team of over 1,000 lawyers and over 10,000 medical experts led by Dr. Reiner Fuellmich have begun legal proceedings against the CDC, WHO & the Davos Group for crimes against humanity.

Fuellmich and his team present the faulty PCR test and the order for doctors to label any comorbidity death as a Covid death as fraud. The PCR test was never designed to detect pathogens and is 100% faulty at 35 cycles. All the PCR tests overseen by the CDC are set at 37 to 45 cycles. The CDC admits that any tests over 28 cycles are not admissible for a positive reliable result. This alone invalidates over 90% of the alleged covid cases / ”infections” tracked by the use of this faulty test.

In addition to the flawed tests and fraudulent death certificates, the “experimental” vaccine itself is in violation of Article 32 of the Geneva Convention. Under Article 32 of the 1949 Geneva Convention IV, “mutilation and medical or scientific experiments not necessitated by the medical treatment of a protected person” are prohibited. According to Article 147, conducting biological experiments on protected persons is a grave breach of the Convention.

The “experimental” vaccine is in violation of all 10 of the Nuremberg Codes which carry the death penalty for those who seek to violate these International Laws.

The “vaccine” fails to meet the following five requirements to be considered a vaccine and is by definition a medical “experiment” and trial:

Provides immunity to the virus
This is a “leaky” gene therapy that does not provide immunity to Covid and claims to reduce symptoms yet double-vaccinated are now 60% of the patients requiring ER or ICU with covid infections.

Protects recipients from getting the virus
This gene-therapy does not provide immunity and double-vaccinated can still catch and spread the virus.

Reduces circulation of the virus
This gene-therapy still permits the spread of the virus as it offers zero immunity to the virus.

The following violations of the Nuremberg Code are as follows:

No person should be forced to take a medical experiment without informed consent. Many media, political and non-medical persons are telling people to take the shot. They offer no information as to the adverse effects or dangers of this gene-therapy. All you hear from them is – “ safe and effective” and “ benefits outweigh the risks.” Countries are using lockdowns, duress and threats to force people to take this vaccine or be prohibited to participate in free society under the mandate of a Vaccine Passport or Green Pass. During the Nuremberg trials, even the media was prosecuted and members were put to death for lying to the public, along with many of the doctors and Nazis found guilty of Crimes Against Humanity.

As listed above, the gene-therapy does not meet the criteria of a vaccine and does not offer immunity to the virus. There are other medical treatments that yield fruitful results against Covid such as Ivermectin, Vitamin D, Vitamin C, Zinc and boosted immune systems for flu and colds.

Nuremberg Code #3: Base Experiments on Results of Animal Experimentation and Natural History of Disease

This gene therapy skipped animal testing and went straight to human trials. In mRNA research that Pfizer used – a candidate study on mRNA with rhesus macaques monkeys using BNT162b2 mRNA and in that study all the monkeys developed pulmonary inflammation but the researchers considered the risk low as these were young healthy monkeys from the age of 2-4. Israel has used Pfizer and the International Court of Law has accepted a claim for 80% of the recipients having pulmonary inflammation from being injected with this gene-therapy. Despite this alarming development Pfizer proceeded to develop their mRNA for Covid without animal testing.

Nuremberg Code #5: No Experiment to be Conducted if There’s Reason to Think Injury or Death Will Occur

See #4, based on fact-based medical data this gene-therapy is causing death and injury. Past research on mRNA also shows several risks that have been ignored for this current trial gene-experiment. A 2002 study on SARS-CoV-1 spike proteins showed they cause inflammation, immunopathology, blood clots, and impede Angiotensin 2 expression. This experiment forces the body to produce this spike-protein inheriting all these risks.

Covid-19 has a 98-99% recovery rate. The vaccine injuries, deaths and adverse side-effects of mRNA gene-therapy far exceed this risk. The use of “leaky” vaccines was banned for agriculture use by the US and EU due to the Marek Chicken study that shows ‘hot-viruses’ and variants emerge… making the disease even more deadly. Yet, this has been ignored for human use by the CDC knowing fully the risk of new deadlier variants emerge from leaky vaccinations. The CDC is fully aware that the use of leaky vaccines facilitates the emergence of hot (deadlier)strains. Yet they’ve ignored this when it comes to human

Nuremberg Code #7: Preparation Must Be Made Against Even Remote Possibility of Injury, Disability or Death

There were no preparations made. This gene therapy skipped animal trials. The pharmaceutical companies’ own Phase 3 human clinical trials will not conclude until 2022 /2023. These vaccines were approved under an Emergency Use only act and forced on a misinformed public. They are NOT FDA-approved.

Nuremberg Code #8: Experiment Must Be Conducted by Scientifically Qualified Persons

Politicians, media and actors claiming that this is a safe and effective vaccine are not qualified. Propaganda is not medical science. Many retail outlets such as Walmart & drive-through vaccine centers are not qualified to administer experimental medical gene-therapies to the uninformed public.

Nuremberg Code #9: Anyone Must Have the Freedom to Bring the Experiment to an End At Any Time

Despite the outcry of over 85,000 doctors, nurses, virologists and epidemiologists – the experiment is not being ended. In fact, there are currently many attempts to change laws in order to force vaccine compliance. This includes mandatory and forced vaccinations. Experimental ‘update’ shots are planned for every 6 months without any recourse to the growing number of deaths and injuries already caused by this experiment. These ‘update’ shots will be administered without any clinical trials. Hopefully this new Nuremberg Trial will put an end to this crime against humanity.

Nuremberg Code #10: The Scientist Must Bring the Experiment to an End At Any Time if There’s Probable Cause of it Resulting in Injury or Death

It is clear in the statistical reporting data that this experiment is resulting in death and injury yet all the politicians, drug companies and so-called experts are not making any attempt to stop this gene-therapy experiment from inflicting harm on a misinformed public.

What can you do to help put an end to this crime against humanity? Share this information. Hold your politicians, media, doctors and nurses accountable – that if they are complicit in this crime against humanity they too are subject to the laws set forth in the Geneva Convention and Nuremberg Code and can be tried, found guilty and put to death. Legal proceedings are moving forward, evidence has been collected and a large growing body of experts are sounding the alarm.

Visit the Covid Committee website at: https://corona-ausschuss.de/ and if you have been affected by this crime, report the event, persons involved, and as much detail to the following website:

Crimes against humanity affect us all. They are a crime against you, your children, your parents, your grandparents, your community and your country and your future.

Lawyers and Medical Experts worldwide say they have all the evidence they need to convict WHO, CDC, PHE, Bill Gates and World Leaders of ‘Crimes against Humanity’

Legal proceedings have begun worldwide against various authorities, institutions and world leaders including the WHO, CDC, PHE, Bill and Melinda Gates Foundation and so on and so on, for committing Covid fraud, crimes against humanity and genocide, and every single lawyer and medical expert proceeding with the prosecutions say they have the evidence they need to ensure convictions.

Since July 2020 the Corona Investigative Committee in Germany has taken testimony from a large number of international scientists and experts.

The committee led by Attorney Dr. Reiner Fuellmich, have since concluded the following –

These conclusions have been reached thanks to the testimony and evidence submitted by experts in every field of science to the committee which undeniably prove the Covid-19 pandemic is a planned criminal operation.

And it is thanks to these testimonies and submitted evidence that thousands of lawyers and medical professionals worldwide now have all the evidence they need to convict the World Health Organisation, the CDC, Public Health England, SAGE, and World leaders for Covid fraud, crimes against humanity and genocide.

One such court case has already been granted permission to proceed in the Supreme Court and will take place in Ontario, Canada. The official court proceeding document can be found here. This case would not have been granted if it was not for the mass evidence that has been gathered by Dr Reiner Fuellmich and his team on the Corona Investigative Committee.

This is of course just the beginning as many more legal proceedings are currently being requested to take place across the world.

Another, is described in the following press release from attorney, Melinda C. Mayne, and Justice of the Peace, Kaira S. McCallum who has presided as a JP in Central London Magistrates and Crown Courts for the past twenty years, who also used to be a highly qualified pharmacist.

‘Request for Investigation’ of the UK Government and its advisers, for genocide, crimes against humanity and breaches of the Nuremberg Code, issued to the International Criminal Court at the Hague, on Tuesday 20th of April 2021.

On Tuesday 20th of April 2021 we, the undersigned, issued a 27 -page ‘Request for Investigation’ to the International Criminal Court (ICC) at The Hague, with a view to asking that our allegations of genocide, crimes against humanity and breaches of the Nuremberg Code, by the UK Government and its advisors, be accepted by the ICC and investigated.

We believe that we have provided compelling reasons as to why our Government and its advisers are guilty of the above charges. However, at this stage it is important to note that we are not required to provide all the evidence we have (which would run to several hundred pages) and are limited to a maximum of 30 pages, simply to make an outline case as part of our Request.

The ICC will review our ‘Request for Investigation’ and assess whether they believe there is a reasonable basis to proceed with an investigation into a ‘Situation’, pursuant to the criteria established by the Rome Statute.

The ICC does not provide a timeline regarding acceptance, nor of course is there any guarantee that they will ultimately accept our ‘Request for Investigation’ due to a variety of reasons, including the fact that they are limited in their capacity to conduct investigations.

Updates will be provided as and when more information becomes available.

And a third is a prosecution brought to the courts by Michael O’Bernicia who is suing the UK Parliament and their corrupt scientific advisors for fraud, treason and genocide.

What can you do to help put an end to this crime against humanity? Share this information and hold your politicians, media, doctors and nurses to account.

If you have been affected by this crime. Report the event, persons involved, and as much detail to the following website:

Legal proceedings are commencing, evidence has been collected and the writing is on the wall for the authorities and world leaders that have criminally ruined the lives of millions.