Covid madness and mass conformity vs. the Life Force 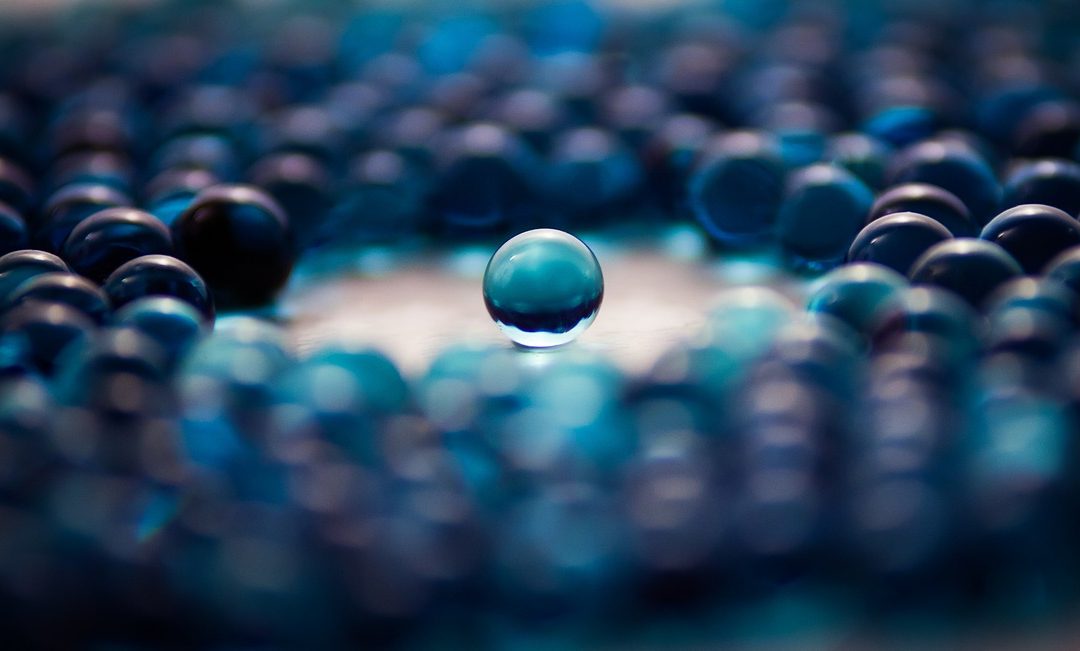 It ISN’T a germ-killing antibody-marching military machine inside the body.

However, since modern society is based on a massive attempt to install Pavlovian stimulus-response as the basic principle for “better living,” professionals are going to view Health as a machine-produced outcome.

The antibodies march and scout, the T-cell troops come in behind them and attack the invader, and so on. This preposterous bullshit becomes a model of life.

And therefore doctors and public health experts are the messiahs who protect us every day from harm caused by the invaders (viruses). This load of gibberish forms the basis for the fake pandemic and the robot responses of the population.

LIFE-FORCE, on the other hand, is a unique drive within the individual to express vitality and energy and imagination in the world. When it flows, health flows.

Conformity is the “we’re all in this together” lullaby for the mesmerized masses sitting in a decaying common pool of mind control. For five minutes it looks like a superhighway and then you’re in a blind alley at midnight up against a brick wall.

Who is this WE? What is the THIS in which we’re all together? Answer: The WE is rubber-stamped copies of humans that individuals pretend to be, and the THIS is a vapor of spiritual and energetic sedation.

What is the source of all the systems, protocols, models, and methods that dominate modern life to the point of lockstep surrender? A good place to start is the education system. It’s managed to promote the false belief that, unless everyone goes to school for at least 12 years, whole nations will be composed of rank drooling idiots.

In fact, the education system has a propensity for turning out those drooling idiots.

William Blake, one of the greatest poets of any era in any language, attended school until he was 10. After that, his mother taught him at home.

I’m not sure about this, but I’ve been told God never went to school at all.

It’s impossible to study a child who has been inoculated with 12 or 16 years of education and ask, “What would he be like if he’d never gone to school?” But common sense tells us that, if he had an innate curiosity about life, he would have pursued learning in his own way. He would have learned to read. He would have found books. He would have launched his own imagination in many directions. AND HE WOULD HAVE BECOME STRONG AND INDEPENDENT. He wouldn’t have become a trained weasel.

Highly organized civilization makes us think there are only so many paths in life, and we must choose one of them and stay on it. This automatically shrinks our view of Reality. The concept of RADICALLY DIFFERENT LIFE seems impossible.

Nations and people are choking on SAMENESS.

So when a shit-cloud of experts blows in the door and announces there is a pandemic caused by a virus, most of us stand up and salute. Most of those who don’t merely disagree on the fine points. “Do I really need the booster shot, or am I good with two doses of the Pfizer?”

It never occurs to most people that the whole story is pulp fiction flying under the banner of warped and confined “scientific” minds that have been conditioned by years of schooling and training. These expert medical and public health minds have been deadened and walled off from LIFE ITSELF.

The elite strategy is in for a penny in for a pound. “Well, OF COURSE the virus exists. So it’s a question of how serious and deadly it is. Now, the official figures suggest it was weakening by June 15th, but then the Variant emerged. That was a game changer. The latest measurements of antibody production against the Delta Variant indicate…” Zzzzz.

Life is not a protocol.

An imitation of life is a protocol.

Hence, I repost my piece, THE BLOCKBUSTER MOVIE CALLED REALITY:

There is always a certain amount of whining and remorse as one enters the theater to see the movie called Reality.

But you can already feel a merging sensation. The electromagnetic fields humming in the theater, even before the movie starts, are drawing you in.

Your perception of x dimensions is narrowing down to three.

You take your seat. You look at the note you’ve written to yourself, and you read it again:

“Don’t forget where you came from. Don’t forget this is just a movie. Don’t fall asleep. The serial time in the movie is an artifact. The binding feeling of sentimental sympathy is a trance-induction. It’s the glue that holds the movie fixed in your mind.”

“The movie will induce nostalgia for a past that doesn’t exist. Don’t surrender to it.”

“You’re here to find out why the movie has power.”

“You want to undergo the experience without being trapped in it.”

“The content of the movie will distract you from the fact that it is a construct.”

On the big screen, against a gray background, the large blue word REALITY slowly forms.

Suddenly, you’re looking at a huge pasture filled with flowers. The sky is a shocking blue. You can feel a breeze on your arms and face.

You think, “This is a hypnotic weapon.”

Now, the pasture fades away and you’re standing on an empty city street at night. It’s drizzling. You hear sirens in the distance. A disheveled beggar approaches you and holds out his trembling hand.

He waits, then moves on.

You look at the wet shining pavement and snap your fingers, to change it into a lawn. Nothing happens.

You wave your hand at a building. It doesn’t disappear.

You reach into your pocket and feel a wallet. You walk over to a streetlight and open it. There’s your picture on a plastic ID card. Your name is under the picture, followed by a number code. On the reverse side of the card, below a plastic strip, is a thumbprint.

There are other cards in the wallet, and a small amount of paper money. You look at the ID card again. There’s an address.

Though it seems impossible, you remember the address. In your mind’s eye, you see a small cottage at the edge of an industrial town. There’s a pickup parked in the driveway.

It’s your truck. You know it. But how can that be?

You walk toward larger buildings in the distance.

Three men in uniforms turn a corner and come up to you. Behind them emerges a short man in a business suit. He nods at you and holds out his hand.

You know what he wants. You pull out your wallet and give it to him. He looks at the ID card, at you, at the card again.

“You were reported missing,” he says.

“Missing from what?” you say.

“Your home. Your job. What are you doing here? Are you all right?”

“In this part of the city?” he says. “That’s not smart. We’ll take you home. Our car is right over there.”

One car sits on a side street. In large red letters printed on the trunk, the word Concern.

You walk with the men to the car.

Waves you’ve never felt before are emanating from it.

Mentally, you try to back up from them. You feel a haze settle over you.

In the haze dance little creatures.

You look at the short man in the suit. He’s smiling at you.

Suddenly, his smile is transcendent. It’s so reassuring, tears fill your eyes.

You’re thinking, “They built this so I would be lost, and then they found me. I’m supposed to be rescued. I’ve never experienced being rescued before. I never knew what it meant.”

It grows louder. As you near the car, you realize you’re listening to a chorus and an orchestra. The rising theme is Victory.

One of the uniformed men opens the car door.

You nod at him.

The music fades away.

You’re standing next to the pickup in your driveway alongside your cottage.

Think, you tell yourself. What’s going on?

Now, as you walk into your cottage and instantly remember the rooms and the objects in these rooms, the sensation of Familiarity, slightly out of phase, grows stronger.

You realize you’re supposed to feel tremendous relief. This is what’s expected of you.

It’s expected of everyone. They live with one another through the touchstone of the Familiar. They share it like bread.

They keep coming back to it. The Familiar is a sacrament.

It’s built in. It’s invented through…it’s stamped on every object in this space…

You see pure space that…

Has been placed here. For you.

And at that moment, there is a small explosion behind your head.

And you’re sitting in the theater again.

The movie is playing on the screen. All around you, in the seats, people are sitting with their eyes closed.

You feel a tap on your shoulder. You turn. It’s an usher.

He leads you up the aisle into the lobby, which is empty.

An office door opens and a young woman steps out. She strides briskly over to you.

“You woke up and came back,” she says. She gives you a tight smile. “So we’re refunding your money. It’s our policy.”

She drops a check in your hand.

“Only you would know that. You must have done something to interrupt the transmission.”

“And the rest of those people?”

She looks at her watch. “They’re probably into their second year by now. The second year is typically a time of conflict. They rebel. Well, some of them do. They rearrange systems. They replace leaders. They promote new ideals.”

“I had such a strong feeling I’d been there before.”

She smiles. “Apparently it wasn’t strong enough. You’re back here.”

“I’m sorry,” she says. “That’s proprietary information. Did you meet your family?”

“If you hadn’t escaped, you would have been subjected to much stronger bioelectric bonding pulses. Do you have a family here?”

You start to answer and realize you don’t know.

She looks into your eyes.

“Go out to the street,” she says. “Walk around. Take a nice long walk for an hour. You’ll reorient. It’ll come back to you.”

“Oh,” she says. “Why does a travel agent book a vacation for a client? We’re in that business.”

You turn toward the exit. The sun is shining outside. People are walking past the doors.

You take a deep breath and leave the theater.

The street is surging with crowds. The noise is thunderous.

You notice you’re carrying a rolled up sheet of paper in your hand.

“If you return from your movie experience, you will not reveal or discuss, under penalty of law, anything about its nature, substance, or duration…”

You look at the sheet of paper, make up your mind, and it bursts into flames.

The author of three explosive collections, THE MATRIX REVEALED, EXIT FROM THE MATRIX, and POWER OUTSIDE THE MATRIX, Jon was a candidate for a US Congressional seat in the 29thDistrict of California. He maintains a consulting practice for private clients, the purpose of which is the expansion of personal creative power. Nominated for a Pulitzer Prize, he has worked as an investigative reporter for 30 years, writing articles on politics, medicine, and health for CBS Healthwatch, LA Weekly, Spin Magazine, Stern, and other newspapers and magazines in the US and Europe. Jon has delivered lectures and seminars on global politics, health, logic, and creative power to audiences around the world. You can sign up for his free NoMoreFakeNews emails here or his free OutsideTheRealityMachine emails here.