CRYPTO CON: The Trojan Horse for the GREAT RESET Finally Exposes Itself 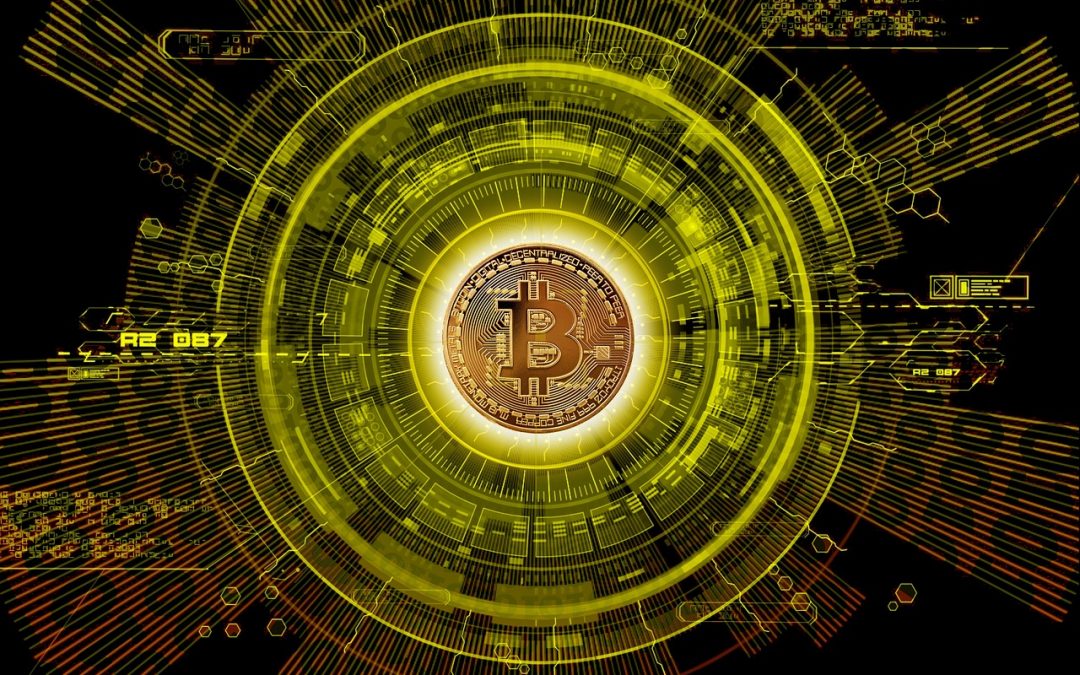 CRYPTO CON: The Trojan Horse for the GREAT RESET Finally Exposes Itself

State of the Nation

It ought to be obvious to every investor that Bitcoin was set up to be the bankster’s premier cryptocurrency as well as the currency foundation for the GREAT RESET.

Since January of 2021, Bitcoin has been pushed by all the major payment platforms, TBTF Big Banks, NYC investment banks and brokerage houses, and an assortment of other corporate behemoths across the USA.

After years of stealthy beta testing, Klaus Schwab and his World Economic Forum groupies are implementing an extraordinarily reckless roll-out of Bitcoin worldwide.

The power elite know that there’s no better way to exert absolute control over the masses than to foist a One World Currency on the entire planetary civilization.  The only type of currency that will work — PRACTICALLY — is a digital currency.  This is why the cryptocurrency Bitcoin was craftily “invented in 2008 by an unknown person or group of people using the name Satoshi Nakamoto”.[1]

How mysterious—a fake persona fabricated a fake and utterly worthless digital currency with the explicit intention of faking out half of humanity.  What better way to con so many gullible saps out of their metals like gold and silver, their cash and currency, as well as their relatively safe fixed income investments.

WOW!!! Talk about “the GREAT HEIST of the Third Millennium”!

Where it concerns any individual’s hard-earned wealth and much needed assets, it simply doesn’t get any more dangerous than cryptos like Bitcoin.

All anyone has to do is use a search engine to research the number of cryptos that have gone bust over the past 10 plus years.  Pay particularly close attention to the amount of money that the crypto holders lost … as in completely lost and never got back a single red cent.  Many of these highly sophisticated scams have seen billions of dollars of cryptos stolen from investors.

If that doesn’t convince every prospective Bitcoin holder that there is something VERY wrong in crypto land, nothing will.

Crypto: Not a suitable currency for exchange

All of the hard data and relevant info clearly indicate that cryptos such as Bitcoin are highly inferior currencies.  In point of fact, they have so many flaws and weaknesses one would have to be a dunce to invest in Bitcoin except as an extremely speculative investment opportunity.

Exactly why is Bitcoin such a substandard and ill-suited currency for daily exchange and really a very risky investment?

• Perhaps the single most important piece of the CRYPTO CON is the explicit bankster intention to move the precious metal-holding masses into a worthless and valueless digital currency. (The gold and silver exchanges are desperate to relieve the inordinate supply pressure by encouraging the boom in Bitcoin sales.)  Likewise, billions in cash, money market funds and other conservative investments are being moved weekly into Bitcoin, which has no asset protections whatsoever.   Investors are even taking out second mortgages and draining college funds to finance Bitcoin purchases.  Clearly, this will not end well for the countless over-leveraged investors after the crypto market manipulators pull the plug on the cunningly created bubble.  This is the first HUGE strike against a crypto-currency as a widely used currency or truly safe store of value.

• Cryptos like Bitcoin all have crazy value volatility.  As a matter of historical fact, the swings in the price of Bitcoin have been so wide and steep, both upward and downward, a graph depicting its movement would appear wilder than the wildest roller coaster ride in the world.  This susceptibility to extremely high price volatility alone makes Bitcoin totally unfit to function as a widely used currency.

• There is the ever-present threat to all cryptos to online hacking, which only grows exponentially by the day.  Wherever the big money is, so follow the thieves and hackers.  And there’s absolutely no protection like an FDIC or bank pledge to reimburse stolen crypto.  Once Bitcoin is stolen, it’s gone forever.  Hence, hacking remains a HUGE threat facing every bitcoin investor.

• In the same vein, wallets can be lost.  And if they’ve never found, the currency is gone forever.

• At present, every Bitcoin holder has tremendous exposure to a fast-growing variety of Bitcoin-specific scams, frauds and cons.  Every week seems to see a newfangled scam to steal large amounts of Bitcoin.

• Cryptos in general permit no chargebacks or refunds.  Once the transaction is completed it’s final.  Reversing any transaction in a different manner is quite challenging at best.

• Currently, there is very little or no regulation for cryptocurrencies. Today’s Bitcoin market operates with no regulations which is expected to be the status quo until a critical mass of suckers are conned into putting all their money into it.  Even though most crypto holders abhor governmental regulation, there is a legitimate need for some basic rules and regulation.  Without them, cryptos become the currency of preference for all the world’s criminals.

• Even though Bitcoin is gaining more acceptance by the day, it still does not enjoy wide use, especially in places where many practical daily transactions take place.

• Looming large over Bitcoin is always the increasing potential for it to be replaced by a new and/or superior cryptocurrency.  There are now so many novel cryptos being introduced monthly that it boggles the mind.  Every entrepreneurial crypto developer is looking to get in on the action before the final collapse of the Global Economic & Financial System.

• The openness of the blockchain technology undergirding Bitcoin, which allows anyone to view Bitcoin transactions both past and present, is often claimed to be a great advantage.  Who wants anyone and everyone viewing all of their many transactions, really?!?!?!  In other words, digital currencies provide absolutely no privacy protections, which is a major drawback for obvious reasons.

• It has been firmly established and proven numerous times that Bitcoin mining is directly associated with immense environmental ills and ecological degradation.  In fact, the massive amount of raw energy required to mine cryptos is so off the charts as to make Bitcoin an unparalleled environmental disaster of truly epic proportions.  For this reason alone, Bitcoin is exceedingly dangerous to the planet and especially to the biosphere.  In short, the proliferation of all cryptos in the aggregate will significantly contribute to a global ELE (extinction level event).  Yes, crypto mining is that bad and much worse, if allowed to propagate at its current rate.

• There is a very precarious black market of Bitcoin that is controlled by the banksters and their underworld Bitcoin dealers.  This black market has grown faster than any other black market in world history and its impacts on the legal markets is growing fast and furiously because of the meteoric growth of Bitcoin.  Best advice: BEWARE!!!

• The same banksters who are agents of the Central Banking Cartel and International Banking Crime Syndicate created Bitcoin as they have all other major cryptocurrencies.  In other words, these banksters own and operate the whole joint.  Even though the banking establishment has appeared to eschew and badmouth cryptos, it was all a con game to lure the unaware into their honey trap—the enticingly beautiful Bitcoin.

• There is a highly concealed bloc of original owners of an enormous volume of Bitcoin going back to its conception.  When this exceptionally secretive group of investors, which truly controls the destiny of Bitcoin, moves so does the value, and often quite precipitously.  Abrupt movements in Bitcoin price over the past 13 years reflects this highly disadvantageous feature of Bitcoin making it completely unacceptable as a currency for general use.  If any currency can be so easily manipulated by the banksters or their countless hidden proxies, what good is it!

• Lastly, Bitcoin and all the other cryptos have no intrinsic value; they have no inherent or real worth.  They are but digital data that can be rendered worthless with something so consequential as an Internet shutdown.  No Internet access, no capability to conduct transactions with your Bitcoin.

• Now if that’s not enough to open your eyes to the serious risks and perils associated with cryptos like Bitcoin, here’s an even more eye-opening exposé: The Boundless Blockchain & Bitcoin Con Game

Bottom Line: If you invest in Bitcoin, you had better know what you’re getting into.  This is not the place to put your life savings.  Yes, it’s an awesome means to conduct highly speculative investing to make up for a disappearing retirement fund, but only with discretionary investment funds that you can really play with.  So be aware and beware before you play the Bitcoin game because it will undoubtedly be a wild ride when it’s all over.

So what does Bitcoin have to do with the GREAT RESET?

As the preceding quote can be paraphrased, whoever controls the money or currency, controls the whole place.  The banksters have known this for millennia, which is why every civilization, society, nation and city-state down through the ages has been completely controlled by the moneychangers and merchants, financiers and industrialists, capitalists and currency creators.

The Davos elites know this is their best opportunity to forge a financial prison and economic penitentiary for every human being.  Once paper money and coins are banished from the earthly realm, the banksters will have complete control of everyone’s money and how they spend their money.

Make no mistake, a nation without an asset-backed currency is doomed to fail.  The United States of America is undergoing a free-fall collapse with every dollar the FED’s Dollar printing press is producing.  The only way out for the “Financial Masters of the Universe” is to replace the once Almighty Dollar with a digital replacement that will permit them to continue their monopoly money game ad infinitum … … …so they think.

In any event, The Powers That Be are determined to proceed with the GREAT RESETwith all deliberate speed because their fortunes depend upon it, as does the efficacy of their Global Control Matrix.  Moreover, the banksters are now so heavily invested in the upcoming cryptocurrency paradigm that they cannot go back.  Which means that all of humanity is about to witness the GREAT HEIST on the way to the GREAT RESET.

Even the name suggests it’s not even worth two bits!

The content of this post is provided for informational and educational purposes only and does not constitute financial or investment advice.  By using the information contained herein, the reader agrees to hold SOTN harmless from any ramifications or consequences, financial or otherwise, that occur as a result of acting on this info/data.