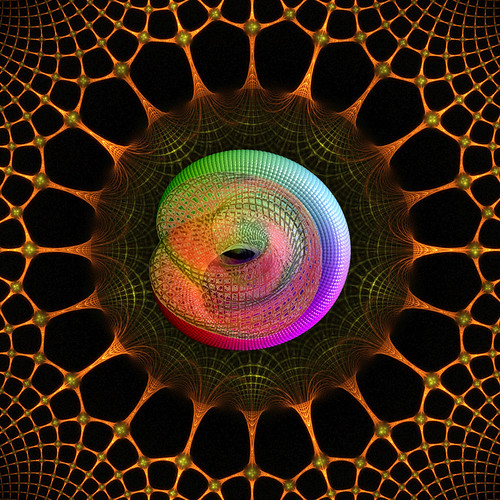 A ‘particle’ is a spinning vortex of ‘quanta’. Around a so-called ‘atomic nucleus’ are a series of shells created at intervals of harmonic resonance. Within these shells, other spins of quanta occur as a result of energy density displacement; smaller vortices at the interface planes between disparate energy levels are created, smaller fractals of larger spinning forms (See Vorticles Graphics).

These smaller vortexes (electrons, planets, etc) are really by products and part of the centralised, encompassing spinning field, fully enclosed within its resonance.

The ‘electron’ cannot be said to have an actual position and course around the ‘nucleus’ at any given time (according to the uncertainty principle) when viewed from ‘outside’ the field of spin.

Instead, a cloud of potential positions is visualised around the nucleus, an infinite number of potential positions and vectors – a multitude of potential realities. Insidethe ‘timespace’ field of the spin, actual positions of these satellite vortices is determinable as spinning, orbiting vortices (the geometrical inverse of spheres) around central forms encased in the overall field. In the solar system, accretion of matter occurs at ‘tidal’ trojan and LaGrange points created by vortexial pressures where gravity wells pre-exist in the field (See Planar Nets).

Our solar system is encased in the Sun’s ‘solar bubble’, a plasma field; the resonance of this field defines the orbits of the planets – planar nets rolling down the perpetual hill of their orbits (with the exception of Uranus, which spins like a top while doing so). 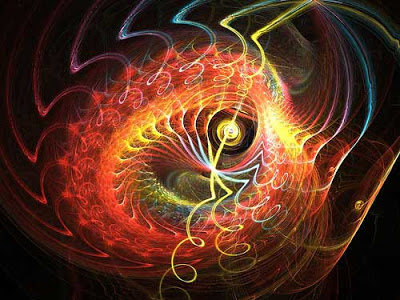 Neither Waves Nor Particles

Light is information in formation. It is not propagated via small massless particles, nor directly by waves. Timespace is packed full of spinning virtual ‘vorticles’ which affect each other’s spin components whenever a signal affects any one of them in the compressible field of timespace; ‘light’ and other frequencies of information are passed through this alteration in the vorticles at the maximum possible speed – that of the spin rate of the vorticles themselves, the ‘speed of light’. This is not a fixed value, as the spin rates themselves are not fixed universally, but alter according to local conditions. The spin rate determines lightspeed and the apparent rate of passage of time itself (see Time Shift). A single vorticle is a model for an electron, an atom, a star and the universe itself. 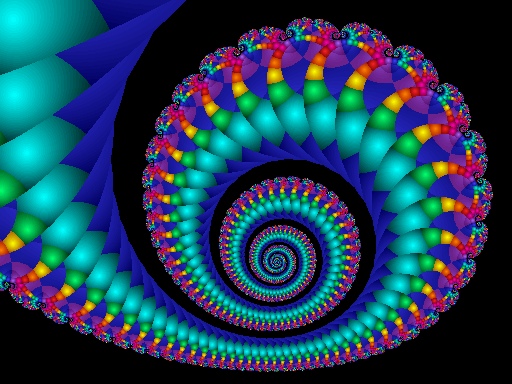 As Above, So Below

At one level or scale of resolution, undisturbed galaxies display harmonic spacing between their ‘arms’ and inherent spin tends to create an equatorial plane where the material will probably lie – a disc shape, often surrounded by a halo of pin-point clusters above and/or below.

At yet another scale of resolution the spinning vortex is so vast that an individual’s perspective point sees what appears to be a self-bounding curved spacetime field with a background hum apparently ‘left over from a big bang’. This hum is actually the resonance of the structure of the spactime ‘lattice’ (the quantum field) oscillating between its core and its extremities (see Constructing Reality& Magic Net). The frequency of the universe is defined by its volume and mass. The universe is a hologram. So are we.

The atom is a vortexial field. On the surface of the rolling accretion sphere, deep in a gravity well/lens, living on the bottom of an atmospheric ocean, the action and attention of human beings is largely flattened onto the horizontal axis. We are polarised into a vertical plane pointing outward toward the source of free light and energy and inward toward patterned matter  (Mater + Pater = Creation).

The field density which determines the interface/compaction of the tetrahedral matrix determines the ‘higher’ geometric forms the tetrahedra can transform into, through rotations in four dimensions – potential time – and the interlacing of fields produced at each minimal (quantum) interval as an object travels.

Polarity of charge is determined by direction of the quantum spin. Vortexial flow pressures cause quanta (or vortices) spinning in the same direction to repel each other; those spinning in opposite directions (upside-down in relation to each other) are pushed together and attract each other due to the same energic pressures formed by turbulence and drag.

What is a singularity? A black hole is postulated to be a singularity, a point with an event horizon and orbiting accretion disc, often with energic jets above and/or below. Matter and energy are rent by the suction of these tiny vacuum cleaners. Where does all this stuff go when it ‘enters’ the singularity after its long cascade through ever-slowing time? Some postulate that it comes out of ‘white holes’ somewhere else.

The universe is also a holographic singularity. All true singularities have a holographic commonality with each other; they are all the one, single entity. Thus, while the universe itself is a vast ‘white hole’ into which matter is continually accreting from ‘higher dimensions’, the energy poured into black holes – singularities – literally squeezes out everywhere. All the rotating ‘quanta’ – spinning ‘vorticles’ – are the corollary of black holes.

The universe is a self-maintaining vortex, having no beginning nor end in timespace. With all the other levels of the fluid tessellated hologram that comprises timespace, the uni-verse is unique among infinite alternative possibilities – the largely unacknowledged corollary of quantum theory.

A ‘particle’ is a spin of turbulence in timespace; self-bonded nothingness. Light is neither particles nor waves – these effects are both by-products of a bonded field of vorticles in a hologramic whole. 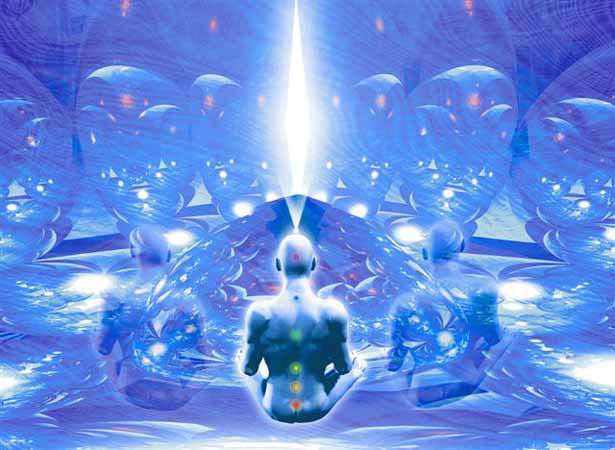 Infinity and Beyond – Hyperspace in Your Life
http://nexusilluminati.blogspot.com/2011/01/infinity-and-beyond-hyperspace-in-your.html

Magic Net: How to Make Matter

Time As a Lens – Self Referencing Nonlocal Awareness

Donate any amount and receive at least one New Illuminati eBook!

or http://newilluminati.blog-city.com  (this one only works with Firefox)

http://newilluminati.blog-city.com (this one only works with Firefox)

This material is published under Creative Commons Copyright (unless an individual item is declared otherwise by copyright holder) – reproduction for non-profit use is permitted & encouraged, if you give attribution to the work & author – and please include a (preferably active) link to the original along with this notice. Feel free to make non-commercial hard (printed) or software copies or mirror sites – you never know how long something will stay glued to the web – but remember attribution! If you like what you see, please send a tiny donation or leave a comment – and thanks for reading this far…