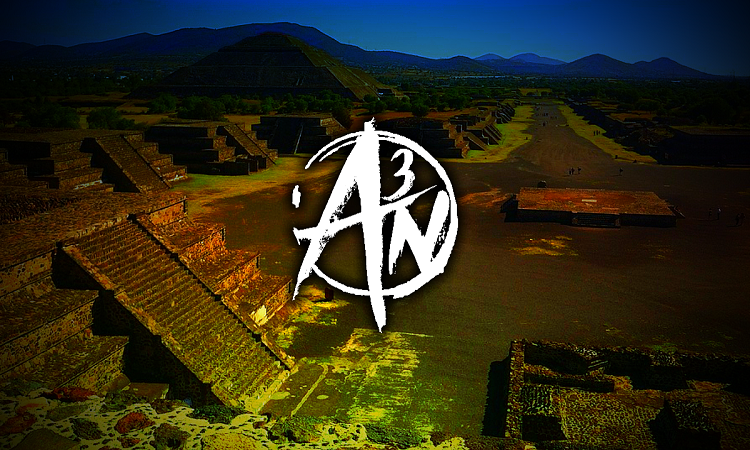 The agora was a space for trade in ancient times. There, merchants and philosophers alike would meet to exchange their riches, both intellectual and material. The Greeks became famous in their coinage, for they were able to surpass the world power of their time: the Persian Empire. And this word, “Agora”, survived to this day only to be adopted by an obscure philosopher that lived in the times of the current power of the world: the US.

Konkin was simple and wise, and his simplicity equaled that of the spiritual man, the priest, the monk. For he would be such an adherent of his own beliefs, that he would even express them through his clothing: he dressed fully black until he died. For black represents antagonism, and his antagonism was always towards the state.

For those who lean towards anarchy, especially in the US, the state seems like an all-seeing eye, regulating every aspect of society to gruesome levels. However, Mexico, in their viewpoint, represents an opportunity for freedom and free markets.

Ancient Mexico was characterized, oddly enough, by the emergence of huge city-states that centralized agriculture, the available technology, and religion to the favor of a petty priest-royalty class that built authority through the divination of the sun’s cycles, oracles, and fear propaganda. People feared them and worshipped them, and offered themselves as sacrifices for their hungry gods.

One god among them, the Lord of Night, became the most revered of the gods. He was a trickster god and favored change, chaos, and unpredictability. He was also the god of deep magic, introspection, and of the invisible.

A similar concept was brought out by the Greeks, before the mainstream infamous philosophers used by Western canons such as Socrates, Plato, and Aristotle. This concept was called “Apeiron”, which means “limitless” or “boundless.” This concept was linked to the Agora, for this was the principle that ruled the universe, the undetermined, the shapeless, which embodied the possibility of everything to become anything, or to return to the source, to the void, the beginning and end of all things, of all being.

Throughout the history of Mexico, markets have been part of the economies of the different city-states that existed through its landscape. There was tributation and taxation, but no centralized currency. There was barter, and compared to the markets of medieval Europe, there was more freedom of exchange; their states were pity tributary networks with no writing systems to record any form of debt. However, it was through this tributary networks that the pyramids were built, constructions that even today rival the pyramids of Giza in Egypt.

So, the Lord of Night played its purpose here, for economy would be seen as the endeavor of man against the maw of nature. The priests and kings, the nobles and merchants, the commoners, the slaves, the free nomadic hunter gatherers of the north; they all were just dancing figures of clay before the Great Jaguar of Darkness, the Ruler of the World, and for the same reason, they wouldn’t care for a neurotic, highly regulated state, concerned about markets and “balance” in economy as the Romans or the Egyptians did in their time.

And this survived to our day.

Today, México keeps being a land where freedom of association and freedom of trade is still a possibility. For people still worship the old trickster God, even if the name is no longer spoken, even if the language has been lost just to be replaced by Spanish, an European tongue. Even if the race no longer exists, only to be tainted by caucasian genetics: it doesn’t matter, it remains hidden in our system of values.

This God lives in the hearths of those who live secluded in the mountains, those who harvest the crops and the fields, away from the cities, those who get lost in the forests and mix with the locals. As the French did during their invasion to Mexico, as the Belgians and Austrians, lost forever in the mountains…this God still lives in the “laziness” of the peasant, which is nothing but an uncaring freedom to be chill, to be defiant of authority, to be self-determined. Something saxons forgot with the advent of Christianity and the puritan reforms in favor of industry and capital.

These lazy commoners understood that more important than wealth is the capacity for association, without intervention or regulation of third parties. This was the prime engine of the infamous Mexican Revolutions, which were used for the state anyway, but the peasant folk rallied against the tyrants in its beginning, like the Russians against the Tsars, and, ultimately, against the soviets.

Wherever there is this possibility for freedom of association, there lives this God; there it lives, this Mexican equivalent of the Greek Agora.

Cabra Cuerno is a Mexican Nietzschean writer, musician and ritual theater general artist. Bred from the tutelage of Abraham Oceransky, a deeply religious Mexican theater director concerned with individuality and transcendent truth. His views encompass religion, society, political and cultural conflicts which embody the search for truth and the true value of freedom.