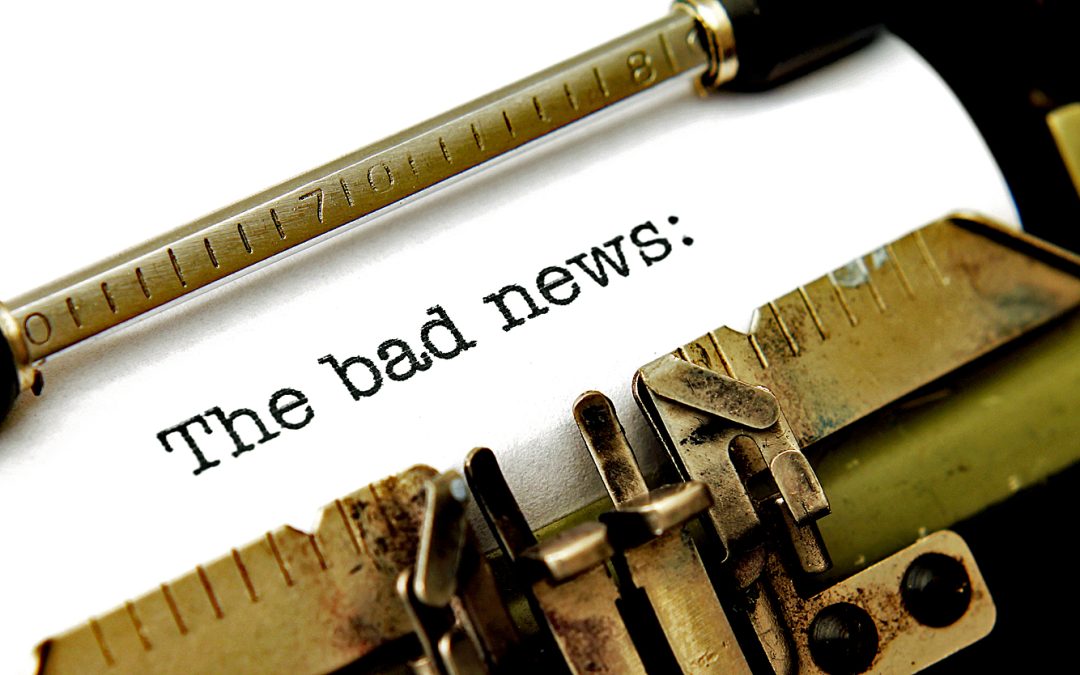 Story at a glance:

A previously healthy 36-year-old mother of two died 11 days after receiving a Pfizer COVID-19 shot. Initially, her cause of death was deemed inconclusive, but at an inquest, pathologist Dr. Sukhvinder Ghataura explained that he believes the COVID-19 shot was to blame.

He told the coroner:

“On the balance of probabilities, she had vaccine-related problems. There is nothing else for me to hang my hat on. It is the most likely reason, in my conclusion. It is more than likely Dawn died in response to the Covid jab.”

In the U.S., they’ve acknowledged only nine deaths as causally associated with Johnson and Johnson’s COVID-19 shot as of May 10. But this case, which occurred in the U.K., highlights the potential dangers of shot-induced myocarditis.

She had also reported menstrual irregularities, jaw pain and arm pain. When asked by a family member whether he believed the woman would still be alive today if she hadn’t received the shot, Ghataura said, “It’s a difficult question but I would say yes.”

At the conclusion of the inquest regarding the woman’s death, assistant coroner Alison McCormick stated, “I give the narrative conclusion that her death was caused by acute myocarditis, due to recent Covid-19 immunization.”

Myocarditis is a recognized adverse effect of mRNA COVID-19 shots and one that has been named in other deaths.

Dr. Neil Singh Dhalla, a CEO of a major health clinic, fell asleep four days after he got a COVID-19 booster shot — and died from a heart attack.

The autopsy stated myocarditis. He was only 48 years old and had never had heart problems in his life. In another example, epidemiologists confirmed that two teenage boys from different U.S. states died of myocarditis days after getting the Pfizer shot.

Both had received second doses of the shot. In a study that examined the autopsy findings, it’s reported that the “myocarditis” described in the boys’ deaths is “not typical myocarditis pathology”:

“The myocardial injury seen in these post-vaccine hearts is different from typical myocarditis and has an appearance most closely resembling a catecholamine-mediated stress (toxic) cardiomyopathy. Understanding that these instances are different from typical myocarditis and that cytokine storm has a known feedback loop with catecholamines may help guide screening and therapy.”

An astounding study published in Scientific Reports further revealed that calls to Israel’s National Emergency Medical Services (EMS) for cardiac arrest and acute coronary syndrome increased more than 25% among 16- to 39-year-olds from January 2021 to May 2021, compared to the same time period in 2019 and 2020.

The researchers evaluated the association between the volume of the calls and other factors, including COVID-19 shots and COVID-19 infection, but a link was only found for the shots:

“[T]he weekly emergency call counts were significantly associated with the rates of 1st and 2nd vaccine doses administered to this age group but were not with COVID-19 infection rates.\

“While not establishing causal relationships, the findings raise concerns regarding vaccine-induced undetected severe cardiovascular side-effects and underscore the already established causal relationship between vaccines and myocarditis, a frequent cause of unexpected cardiac arrest in young individuals.”

The U.S. Food and Drug Administration (FDA) and Pfizer attempted to hide COVID-19 shot clinical trial data for 75 years. “When I saw that, that’s when I got very vocal and said fraud has occurred. How do I know that? They won’t show us the clinical data,” former Blackrock portfolio manager Edward Dowd said.

This should be a red flag for all Americans.

Now that a lawsuit forced the FDA to release thousands of the documents, data about what they were trying to hide is coming out. Among the revelations is evidence that Pfizer deliberately excluded pregnant women from COVID-19 shot trials.

So how did they make the recommendation that the shots are safe and effective for pregnant women? This was based on a 42-day study involving 44 rats.

What’s more, a Pfizer-BioNTech rat study revealed the shot more than doubled the incidence of preimplantation loss and also led to a low incidence of mouth/jaw malformations, gastroschisis (a birth defect of the abdominal wall) and abnormalities in the right-sided aortic arch and cervical vertebrae in the fetuses.

A Centers for Disease Control and Prevention (CDC) sponsored study that was widely used to support the U.S. recommendation for pregnant women to get injected “presents falsely reassuring statistics related to the risk of spontaneous abortion in early pregnancy,” according to the Institute for Pure and Applied Knowledge (IPAK).

When the risk of miscarriage was recalculated to include all women injected prior to 20 weeks gestation, the incidence was seven to eight times higher than the original study indicated, with a cumulative incidence of miscarriage ranging from 82% to 91%.

Also buried in one of the documents is the statement, “Clinical laboratory evaluation showed a transient decrease in lymphocytes that was observed in all age and dose groups after Dose 1, which resolved within approximately one week …”

What this means is Pfizer knew that in the first week after the shot, people of all ages experienced transient immunosuppression, or put another way, a temporary weakening of the immune system, after the first dose.

Pfizer and FDA knew vaccines were not ‘safe and effective’

“It looks to me — this is not an overstatement from what I’ve seen — that this was a clinical trial that by August 2021, Pfizer and the FDA knew was failed, the vaccines were not safe and effective,” said investigative author Naomi Wolf. “That they weren’t working. That the efficacy was waning … and that they were seriously dangerous. And they rolled it out anyway.”

Regarding the shots for pregnant women, Wolf said, in an interview with Stephen Bannon on “War Room,” that a spike in severe adverse events among pregnant women coincides with the rollout of COVID-19 shots.

U.S. Department of Defense (DOD) whistleblowers datamined the DOD health database, revealing significant increases in rates of miscarriage and stillbirths, along with cancer and neurological disease, since COVID-19 jabs rolled out. “This is honestly one of the wors[t] things I’ve ever, ever seen in my 35 years as a reporter,” Wolf said.

Not only does IPAK’s data show COVID-19 injections prior to 20 weeks are unsafe for pregnant women, but 12.6% of women who received it in the third trimester reported Grade 3 adverse events, which are severe or medically significant but not immediately life-threatening.

Another 8% also reported a fever of 38 degrees C (100.4 degrees F), which can lead to miscarriage or premature labor.

Young children are also developing severe hepatitis and nobody knows why.

COVID-19 shots have been linked to cases of liver disease and liver damage following the shots has been deemed “plausible.”

It’s clear that there are many unknowns about how COVID-19 shots affect pregnancy and reproduction, including their effects on menstrual cycles. Women around the globe have reported changes in their menstrual cycles following COVID-19 shots, and health officials have tried to brush off the reports or label them all as anecdotal.

But a study published in Obstetrics & Gynecology — and funded by the National Institute of Child Health and Human Development (NICHD) and the National Institutes of Health’s (NIH) Office of Research on Women’s Health — confirms an association between menstrual cycle length and COVID-19 shots.

Clinical trials for COVID-19 shots did not collect data about menstrual cycles following injection, and the Vaccine Adverse Event Reporting System (VAERS) does not actively collect menstrual cycle information either, making it difficult to initially determine whether the shots were having an effect.

Anecdotal reports on social media, however, are numerous and, according to the study, “suggest menstrual disturbances are much more common …”

The Obstetrics & Gynecology study involved 3,959 individuals between the ages of 18 and 45 years. Those who had not received a COVID-19 shot noted no significant changes in cycle four during the study compared to their first three cycles.

While the researchers described the change as not clinically significant, meaning it’s not notable from a health standpoint, there were some women who experienced even greater menstrual changes, particularly those who received two shots in the same menstrual cycle.

Pfizer shot only 12% effective in children

Adding insult to injury, research conducted by the New York State Department of Health shows the dismal reality about the effectiveness of COVID-19 shots in children.

Protection against hospitalization also dropped, from 100% to 48%. Among 11-year-olds alone, vaccine effectiveness plunged to 11%.

In the younger age group, the shots provided almost no protection at all.

And it’s not only children who are affected by the shots’ rapidly waning effectiveness.

COVID-19 booster shots also lose effectiveness rapidly, with protection plummeting by the fourth-month post-shot. One CDC-funded study involved data from 10 states collected from Aug. 26, 2021, to Jan. 22, 2022, periods during which both delta and omicron variants were circulating.

Visits to emergency rooms and urgent care facilities, as well as hospitalizations, among people seeking medical care for COVID-19, were analyzed. The study did not include milder COVID-19 cases, for which no medical attention was sought.

While initially vaccine effectiveness against COVID-19-associated emergency department or urgent care visits and hospitalizations was higher after the booster shot, compared to the second COVID-19 injection, effectiveness waned as time passed since vaccination.

Within two months of the second COVID-19 shot, protection against the emergency department and urgent care visits related to COVID-19 was at 69%. This dropped to 37% after five months post-shot. The low effectiveness five months after the initial shot series is what prompted officials to recommend a booster dose — and the third shot “boosted” effectiveness to 87%.

This boost was short-lived, however. Within four to five months post-booster, protection against the emergency department and urgent care visits decreased to 66%, then fell to just 31% after five months or more post-booster.

Considering the adverse effects and lack of effectiveness, many have called for an immediate withdrawal of the shots.

IPAK believes the data are already compelling enough to withdraw the shots for vulnerable populations, including pregnant and breastfeeding women, children and those of child-bearing age.

Janci Chunn Lindsay, Ph.D., a prominent toxicologist and molecular biologist who works with M.D. Anderson Cancer Center-Houston spoke at the CDC’s Advisory Committee on Immunization Practices meeting held on April 23, 2021, and also called for “all gene therapy vaccines” to “be halted immediately due to safety concerns on several fronts,” including fertility.

The views and opinions expressed in this article are those of the authors and do not necessarily reflect the views of Children’s Health Defense.SUGGEST A CORRECTION

Dr. Joseph Mercola is the founder of Mercola.com. An osteopathic physician, best-selling author and recipient of multiple awards in the field of natural health, his primary vision is to change the modern health paradigm by providing people with a valuable resource to help them take control of their health.