Deep Down by Nowick Gray 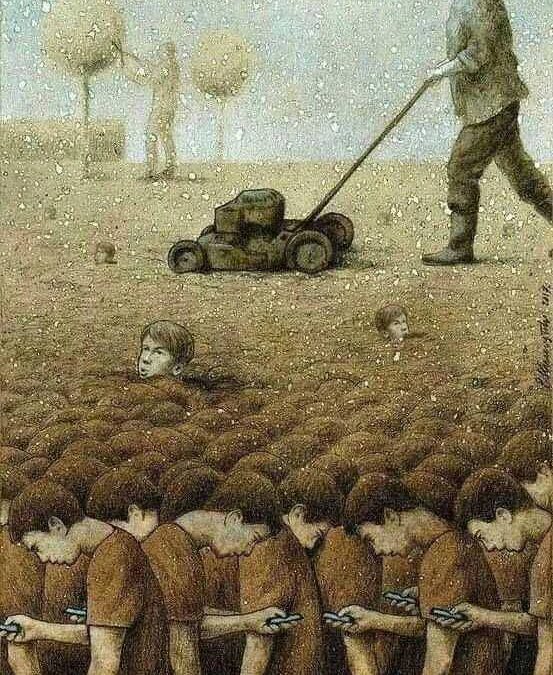 Deep down, what are we afraid of?

For some, it’s “The Virus”: the invisible enemy, just like the terrorists before, or the Commies.

For others who see through those charades, it’s the government… or just, government itself, or what government wants to be: in total control.

Deep down, I believe we all share that second, deeper fear, grounded in our experience from before birth. Awash in toxic chemicals and systemic stress in our mother’s womb, we find ourselves locked in an operating system complete with injected autoimmune triggers (also see thisand this), ritual scarring, regimented  instruction, and a thousand and one prohibitions and required behaviors, rules of the road. Then the taxman cometh, sure as death, and the mortgage broker, insurance and bank; lienholder, landlord and ladies lobbying for more of what you owe.

Now they are coming for your genome, your right to think.

We all grew up in the police state governed by laws and force, coercion largely converted to social pressure. If that fails, all bets are off. 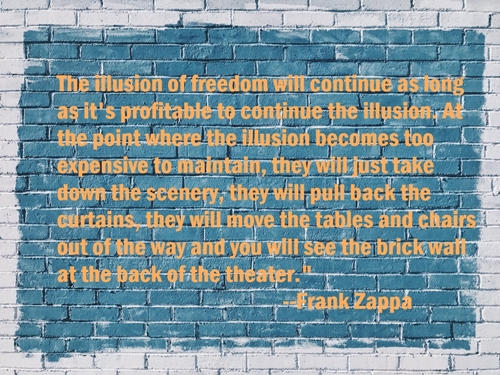 We’re looking at Nazi Germany, Soviet Russia; genocide in Guatemala, Indonesia, Libya, Iraq.  We’re looking at the CIA, the Stasi, CSIS, MI5, the Mossad, the Mafia, the Vatican, the Crown, working hand in glove. We’re seeing brownshirts and patsies, mind-controlled Manchurian candidates, duped bombers and the thugs that take them out. We’re looking down the barrel of a gun. 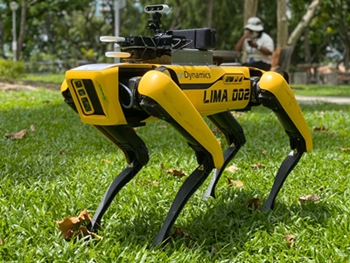 Calgary, this is how it begins. This is when it becomes real. The curtain is pulled back, and instead of a kindly old man—say, the Wizard of CovOz—we see RoboCop and RoboDog, programmed to track and trace, tase and erase.

To this day the curtain is still drawn on far-flung atrocities “elsewhere”… in past history, in class structure, and on the invisible wall between the First World and Third World. Guatemala, for example, is now a textbook example of the poverty and chaos produced by neo-liberalism and globalization.

Castillo Armas, leader of the CIA proxy army that invaded Guatemala during the coup, was finally installed as a dictator after two short lived juntas were maneuvered into and out of power. He banned unions and political parties; burned and banned books; locked up 9,000 Arbenz supporters and communists and forced thousands to flee into exile. Hundreds of union leaders were killed while the CIA, operating under the cover of the Committee Against Communism, composed a massive black list of “subversives” that already had 70,000 names on it by the end of the year.

Decades later the military and police would murder elderly, returning exiles who had ended up on the list because of union membership or other “subversive” activity during the Arbenz years. Armas confiscated all the lands that Arbenz had given to 100,000 peasant families returning them to wealthy landowners and the United Fruit Company. (Hugo Turner, “Guatemala: War and Revolution, Part II”)

This decades-old, centuries-cold grip on humanity is known and familiar, though we prefer not to think of it. We gladly accept censorship of such inconvenient truths; we crave the spell of such fictions as the magic bullet that killed Kennedy, the magic planes that brought down the twin towers (make that triplets), and now the magic virusthat will be cured by a magic vaccine.

While some fear the vaccine will program our bodies and minds and delete our souls, others will walk gladly into the fold of the control grid, banishing pesky moral dilemmas and risky choices to the realm of our hairy human predecessors. 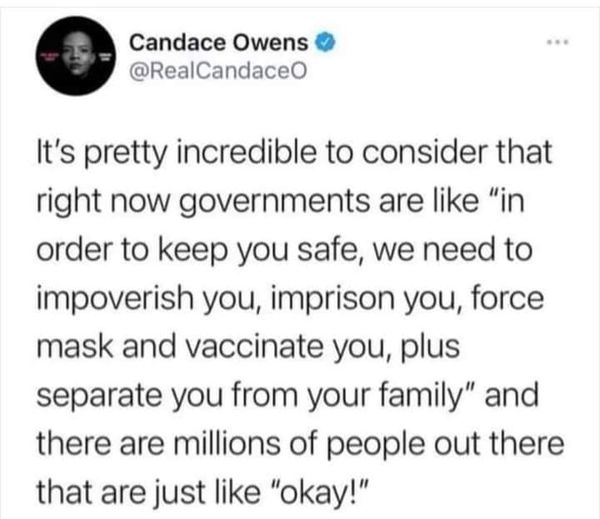 We reject evil of this magnitude because in order for us to maintain our sense of self-image as rational, caring people admitting its reality implies a responsibility to do something about it.

And stopping evil takes away from “me time.”
…
Isn’t that what all of this irreality is for, to desensitize us to their outrageousness? To normalize their grotesquerie? (Tom Luongo, “The Lesson of 2020: What’s the Point of Pointing Out the Hypocrisy?”)

The operative mantra becomes: We have nothing to fear if the future is already here. We can skip the unpleasant resistance part, just surrender now, and follow the instructions of the code. What, me worry?  Mutually assured destruction takes on a whole new dimension when life everlasting can replace all that messy funerary soup and ash, as we are digitally rendered clean, abstract, pure.

But enough about my fears, that we will all just willingly submit, day by day, ratcheting the world to a predetermined, mechanistic, technocratic, predictable dystopia (forget lion and lamb; we will dance with the robots!).

Knowing how that story ends, isn’t it time to write a new one, for real? To counter his despair over our willing slide into slavery, Luongo concludes with an opposing hope, that “2021 is the year we finally show the barest minimum of self-respect, take off the masks, turn off the screens and get prepared to fight harder than we ever have.”

Time to trade those stinking masks for a new hat: 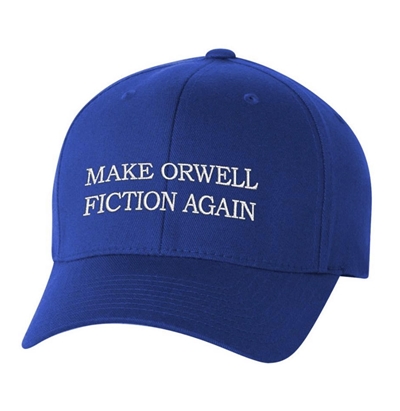