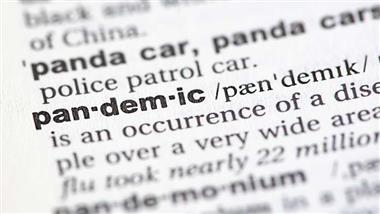 In the last year, have you ever felt that you’re living in an altered sense of reality, where things you once knew to be true no longer are? It’s not in your imagination. In recent years and months, the long-held definitions of three words all changed, with immense ramifications for public health policy in the midst of COVID-19.

The even greater implication for society is that by putting out this false information, they’re attempting to change your perception of what’s true and not true, and perverting science in the process.

WHO Changed the Definition of Pandemic

What exactly is a pandemic? WHO’s original definition of a pandemic from May 1, 2009, specified simultaneous epidemics worldwide “with enormous numbers of deaths and illnesses:”1,2

“An influenza pandemic occurs when a new influenza virus appears against which the human population has no immunity, resulting in several, simultaneous epidemics worldwide with enormous numbers of deaths and illness.”

This definition was changed in the month leading up to the 2009 swine flu pandemic, removing the severity and high mortality criteria and leaving the definition of a pandemic as “a worldwide epidemic of a disease.”3

This switch in definition allowed WHO to declare swine flu a pandemic after only 144 people had died from the infection worldwide, and it’s why COVID-19 is still promoted as a pandemic even though plenty of data suggest the lethality of COVID-19 is on par with the seasonal flu.4

By referring to COVID-19 vaccines as “vaccines” rather than gene therapies, the U.S. government is violating its 15 U.S. Code Section 41,5 which regulates deceptive practices in medical claims. Per this law, it is unlawful to advertise:6

“… that a product or service can prevent, treat, or cure human disease unless you possess competent and reliable scientific evidence, including, when appropriate, well-controlled human clinical studies, substantiating that the claims are true at the time they are made.”

Further, you cannot have a “vaccine” that does not meet the definition of a vaccine. Up until recently, Merriam-Webster defined a vaccine as “a preparation of killed microorganisms, living attenuated organisms or living fully virulent organisms that is administered to produce or artificially increase immunity to a particular disease.”7

COVID-19 vaccines are not conventional vaccines made with live or attenuated viruses. They’re actually gene therapies. The Pfizer and Moderna vaccines are made with lipid nanoparticles that contain polyethylene glycol (PEG)8 and messenger RNA (mRNA).

mRNA are snippets of genetic code that carries instructions for cells to produce proteins. The definition of genetic is “relating to genes” and genes contain instructional code that tell the body what proteins to make. Therapy is the medical treatment of disease, so mRNA vaccines are very clearly gene therapy.

As noted by David Martin, Ph.D., Moderna’s SEC filings9 specify and stress that the FDA considers its technology a “gene therapy technology,” originally intended for cancer treatment. Its mechanism of action also confirms it to be gene therapy. The mRNA gene therapies currently being misleadingly marketed as “vaccines” turn your cells into bioreactors that churn out viral proteins to incite an immune response, and there’s no off-switch.10

Conveniently, since COVID-19 “vaccines” did not meet the former definition of vaccine, Merriam-Webster’s vaccine definition has recently been changed to include a description of the experimental COVID-19 gene therapies:11

“A preparation that is administered (as by injection) to stimulate the body’s immune response against a specific infectious disease:

a: an antigenic preparation of a typically inactivated or attenuated (see attenuated sense 2) pathogenic agent (such as a bacterium or virus) or one of its components or products (such as a protein or toxin)

b: a preparation of genetic material (such as a strand of synthesized messenger RNA) that is used by the cells of the body to produce an antigenic substance (such as a fragment of virus spike protein)” 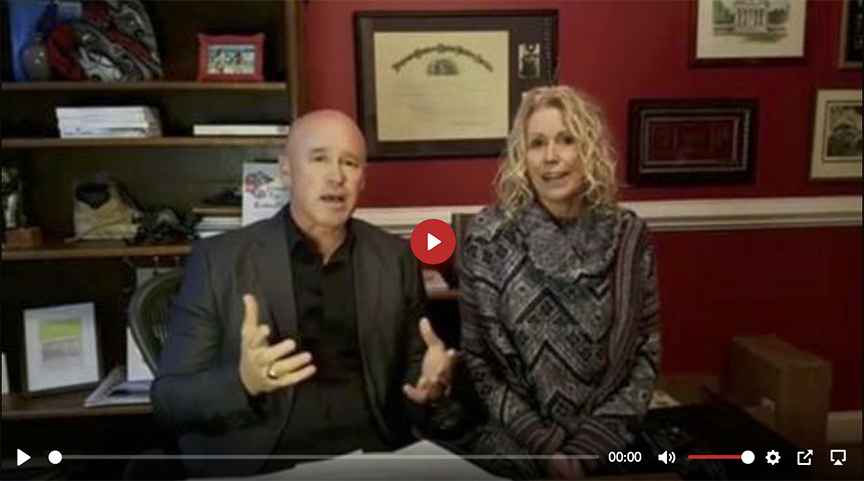 As noted by Martin, who would raise their hand to receive prophylactic chemotherapy gene therapy for a cancer you do not have and may never be at risk for? In all likelihood, few would jump at such an offer, and for good reason.

States and employers would not be able to mandate individuals to receive chemotherapy gene therapy for a cancer they do not have, as it simply would not be legal.

Yet, they’re proposing that all of humanity be forced to get gene therapy for COVID-19. If they actually called it what it is, namely “gene therapy chemotherapy,” most people would — wisely — refuse to take it. Perhaps that’s one reason for their false categorization as vaccines.

But there may be other reasons as well. Martin strays into conjecture, as we have no proof of their intentions, but he speculates that the reason they’re calling this experimental gene therapy technology a “vaccine” is because by doing so, they can circumvent liability for damages.

That is, provided they’re “vaccines.” If these injections are NOT vaccines, then the liability shield falls away, because there is no liability shield for a medical emergency countermeasure that is gene therapy.

WHO Changed Definition of Herd Immunity

In June 2020, WHO’s definition of herd immunity, posted on one of their COVID-19 Q&A pages, was in line with the widely accepted concept that has been the standard for infectious diseases for decades. Here’s what it originally said, courtesy of the Internet Archive’s Wayback machine:12

“Herd immunity is the indirect protection from an infectious disease that happens when a population is immune either through vaccination or immunity developed through previous infection.”

It should be noted that “immunity developed through previous infection” is the way it has worked since humans have been alive. Your immune system isn’t designed to get vaccines. It’s designed to work in response to exposure to an infectious agent. Apparently, according to WHO, that’s no longer the case. In October 2020, here’s their updated definition of herd immunity, which is now “a concept used for vaccination”:13

“‘Herd immunity’, also known as ‘population immunity’, is a concept used for vaccination, in which a population can be protected from a certain virus if a threshold of vaccination is reached. Herd immunity is achieved by protecting people from a virus, not by exposing them to it.

Vaccines train our immune systems to create proteins that fight disease, known as ‘antibodies’, just as would happen when we are exposed to a disease but – crucially – vaccines work without making us sick. Vaccinated people are protected from getting the disease in question and passing it on, breaking any chains of transmission.”

On Twitter, research analyst Heather Taylor posted a screenshot with the two definitions — one from June 9, 2020, and the other from November 13, 2020 — clearly changed to imply that herd immunity, over the course of several months, suddenly became a concept that only applies to vaccination. “This still astounds me,” she wrote.14 Indeed, it’s a blatant corruption of science.

In a 2020 JAMA Patient Page on herd immunity, Dr. Angel Desai, associate editor of JAMA Network Open, and Maimuna Majumder, Ph.D., with Boston Children’s Hospital, Harvard Medical School, clearly explain that herd immunity may be achieved via natural infection and recovery, as has always been the case:15

You may remember that in the early days of the pandemic, face masks were not recommended for the general public. In February 2020, Christine Francis, a consultant for infection prevention and control at WHO headquarters, was featured in a video, holding up a disposable face mask.

She said, “Medical masks like this one cannot protect against the new coronavirus when used alone … WHO only recommends the use of masks in specific cases.”16

Those specific cases include if you have a cough, fever or difficulty breathing. In other words, if you’re actively sick and showing symptoms. “If you do not have these symptoms, you do not have to wear masks because there is no evidence that they protect people who are not sick,” she continued.

In March 2020, the U.S. Surgeon General publicly agreed, tweeting a message stating, “Seriously people- STOP BUYING MASKS!” and going on to say that they are not effective in preventing the general public from catching coronavirus.17

As of March 31, 2020, WHO was still advising against the use of face masks for people without symptoms, stating that there is “no evidence” that such mask usage prevents COVID-19 transmission.18

By June 6, 2020, the rhetoric had changed. Citing “evolving evidence,” WHO reversed their recommendation, with Tedros Adhanom Ghebreyesus, WHO’s director general, advising governments to encourage the general public to wear masks where there is widespread transmission and physical distancing is difficult.19

Another example of WHO conveniently changing former truths to fit their agenda occurred in June 2020. During a press briefing, Maria Van Kerkhove, WHO’s technical lead for the COVID-19 pandemic, made it very clear that people who have COVID-19 without any symptoms “rarely” transmit the disease to others. In a dramatic about-face, WHO then backtracked on the statement just one day later.

On June 9, 2020, Dr. Mike Ryan, executive director of WHO’s emergencies program, quickly backpedaled Van Kerkhove’s statement, saying the remarks were “misinterpreted or maybe we didn’t use the most elegant words to explain that.”20

Living in a Topsy-Turvy World

Over the course of recent years, and in some cases recent months, the long-held definitions of pandemics, vaccines and herd immunity have drastically changed to fit in with the new narrative being churned out by public health officials and mainstream media.

In many ways, you’re living in a fog of war right now — a fog of COVID war — according to Jeffrey Tucker, editorial director of the American Institute for Economic Research (AIER).

During such a fog, “It is often unclear who is making decisions and why, and what the relationships are between the strategies and the goals. Even the rationale can become elusive as frustration and disorientation displace clarity and rationality.”22 Seeing through the fog is the first step to coming out of the battle unscathed.

The National Vaccine Information Center (NVIC) recently posted more than 50 video presentations from the pay-for-view Fifth International Public Conference on Vaccination held online October 16 to 18, 2020, and made them available to everyone for free.

The conference’s theme was “Protecting Health and Autonomy in the 21st Century” and it featured physicians, scientists and other health professionals, human rights activists, faith community leaders, constitutional and civil rights attorneys, authors and parents of vaccine injured children talking about vaccine science, policy, law and ethics and infectious diseases, including coronavirus and COVID-19 vaccines.

In December 2020, a U.K. company published false and misleading information about NVIC and its conference, which prompted NVIC to open up the whole conference for free viewing. The conference has everything you need to educate yourself and protect your personal freedoms and liberties with respect to your health.

Don’t miss out on this incredible opportunity. I was a speaker at this empowering conference and urge you to watch these video presentations before they’re censored and taken away by the technocratic elite.