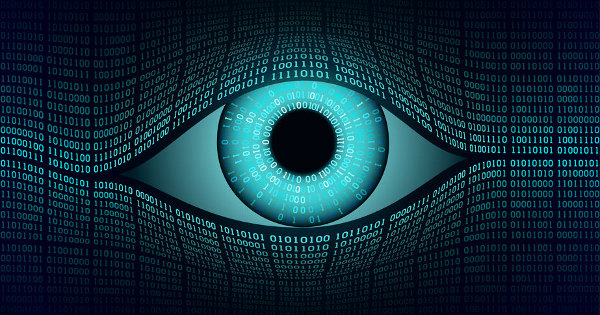 Technocracy was originally defined as “the science of social engineering, the scientific operation of the entire social mechanism to produce and distribute goods and services to the entire population…” (The Technocracy Magazine, 1938)

Planted as a seed in 1932, Technocracy has grown into a tree so big that it literally covers the earth today: that is, through the rebranding and repurposing by the United Nations as Sustainable Development, Agenda 21, 2030 Agenda, New Urban Agenda, etc.

Furthermore, it is like a hydra-headed monster with many tentacles and expressions, but we must never lose sight of the common purpose of all: kill the world’s economic system of Capitalism and Free Enterprise and replace it with the vacuous economic system, Sustainable Development.

Since Technocracy is a resource-based economic system, people like you and I are considered as mere resources on the same level as livestock on a ranch. If people are just animals who selfishly consume resources, then they must be monitored, managed and limited in their consumption.

To this end, Technocracy originally called for total surveillance of all people, all consumption, all production and all energy consumed in every activity. The outcome was to control all consumption and production. This level of technology didn’t exist in 1932, but it does today!

When the surveillance network in America (and the world) is finally functional, the command and control system will become reality, resulting in a Scientific Dictatorship that exceeds even Orwell’s Nineteen Eighty Four or Huxley’s Brave New World.

What is the last cog in the gearbox necessary to bring this about? In short, 5G!

Why? When you consider the massive amount of data that is waiting to be collected from the widespread Internet of Things, facial recognition cameras, Smart City sensors, self-driving vehicles, etc., they all lack one element: real-time connectivity. 5G solves this!

If you listen to any 2019 speech given by the CEO of Verizon, T-Mobile or AT&T, you will hear them rave over how 5G’s real-time connectivity is going to light up the Internet of Things like a Macy’s Christmas tree. You will hear the words “transformative” and “disruptive” over and over.

It is said that AI without data is as inert and useless as a pile of rocks. AI needs data to “learn” and then to take action. Up until now, Technocrats who create AI programs have had to use historical data for learning and that’s about all; forever learning but never doing.

The “holy grail” of Technocrats is to use their AI on REAL-TIME DATA. Real-time analysis can then close the control loop by feeding back real-time adjustments. This has never been done in the history of the world, but thanks to 5G, Technocrats everywhere are salivating to dive into the control business; that is, the “scientific operation of the entire social mechanism.”

Let me give you an example. Say you are an engineer and you designed and built a state-of-the-art fire truck that will revolutionize firefighting. There it sits on display for everyone to see. You start the engine and everyone is duly impressed, but still, it just sits there. Without water (e.g., the data) to pump through the numerous hoses, everyone, including yourself, can only imagine of what it would be like. In fact, your engineering dream is quite useless until you take it to a actual, real-time fire and blast away with the water cannons to douse the flames. Then you will know if you were successful or not.

Technocrats understand this. They know that 5G will fully enable their AI inventions and dreams. Unfortunately for us, they also know that it will enable the feedback loop to control the objects of surveillance, namely, US!

The Technocrat’s lust for 5G is so strong that they are perfectly willing to ignore all human concerns, protests and especially health concerns.

Perhaps now you can understand how and why they are living out the old nautical phrase, “Damn the torpedoes, full speed ahead!” Risks don’t matter. Danger doesn’t matter. Collateral damage doesn’t matter.

To the extent that we citizens can nullify the rollout and implementation of 5G, we will scuttle the Technocrat’s ability to establish a Scientific Dictatorship. Truly, it is us who should be mounting the counter-attack with our own cry of “Damn the torpedoes, full speed ahead!”

MEET & COLLABORATE WITH PATRICK: On Saturday, October 12, 2019, Patrick Wood is hosting the CFFS Phoenix Fly-In, bringing together local activist leaders from around North America to discuss and share strategies on how to rid our local civic entities of harmful technologies and policies. The event is limited to 100 attendees, and tickets are available at https://www.CitizensForFreeSpeech.org.

Patrick M. Wood is the author of Technocracy: The Hard Road to World Order, Technocracy Rising: The Trojan Horse of Global Transformation (2015) and co-author of Trilaterals Over Washington, Volumes I and II (1978-1980) with the late Antony C. Sutton. He also serves as the Director of Citizens for Free Speech (CFFS), a nationwide non-profit organization that defends and promotes the First Amendment. Patrick is a featured speaker in the 5G Crisis: Awareness & Accountability Summit, hosted by Josh del Sol and Sayer Ji.