Do We Live in a Sick Society? 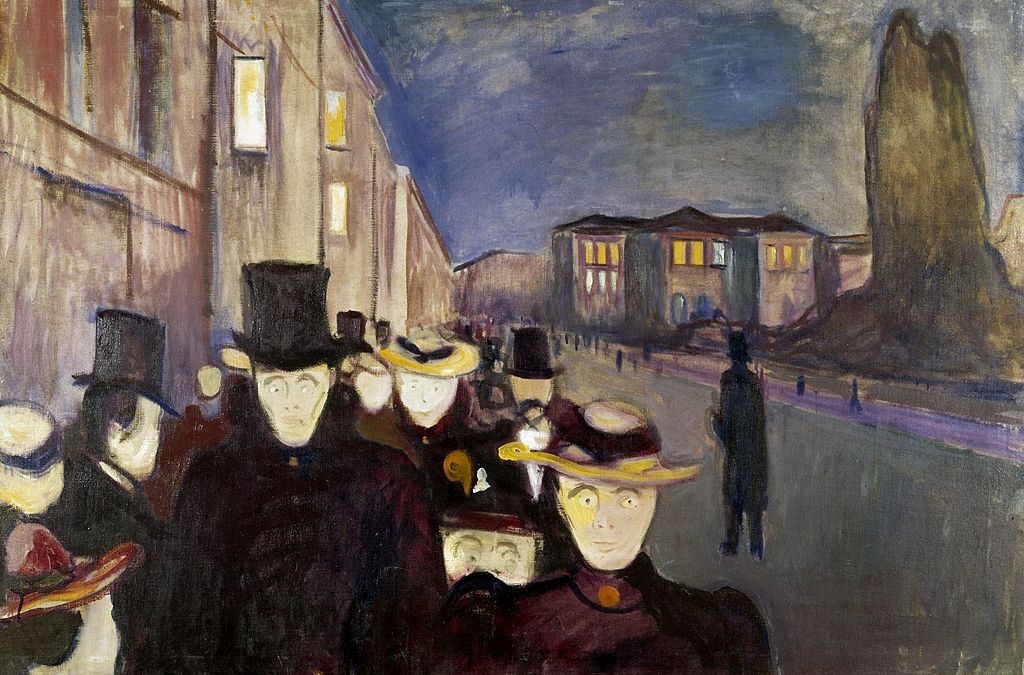 Do We Live in a Sick Society?

“Now there are times when a whole generation is caught. . .between two ages, two modes of life, with the consequence that it loses all power to understand itself and has no standards, no security, no simple acquiescence.”

Do we live in an age where normality has become a sickness? Has our society become so corrupt that the more we adapt to it the less functional we become? In this video and transcript thereof we will explore these questions.

What it means to be normal is relative to the society in which we live. Across time and place, and from culture to culture, the standards of normality differ. But while normality is culturally variant there is an essence to what it means to be normal and this essence lies with conformity. To be normal is to be a conformist, it is to be guided by the status quo, to accept the dogmas of one’s age and to adhere to the dominant value system of one’s society, or as the psychologist Steven Bartlett wrote:

“. . .‘psychological normality’ is the set of typical and socially approved characteristics of affective, cognitive, and behavioral functioning, a set of characteristics derived from the reference group consisting of the majority in a society’s population. . .”

For much of human history spurring the norms of one’s society was a risky proposition as it increased the chance of being rejected by one’s social group and so decreased the ability to survive and pass on one’s genes. Conformity, in other words, is a trait that was selected for through the process of evolution and this can help account for the strong pull we feel to be normal. Another factor that makes normality attractive is our tendency, like all biological creatures, to take the path of least resistance. Life is too complicated to improvise novel ways of dealing with all situations and so most of the time we just do as others do and think as others think. That mankind has this inborn disposition to conform is a good thing – it promotes social cohesion and cooperation and it allows a society to develop in complex ways that would be impossible were we not a conforming species.

But just because conformity helped us survive in times past and just because a modicum of conformity is needed for a society to function, it does not follow that conformity is always life-enhancing. Instead, the value of conformity is contingent on the conditions of the society in which we live. What is more, conformity must be balanced by a healthy dose of non-conformity lest a culture is to stagnate. For it is non-conformity which creates the new, exposes the flaws of the old and helps push a society toward better frontiers. In the West, however, there is a tendency to overvalue conformity and to label, stigmatize, ostracize and in extreme cases even institutionalize anyone who deviates too far from the accepted standards of normality. Benjamin Rush, the founder of the American Psychiatric Association, epitomized this view with the following statement:

“Sanity – aptitude to judge things like other men, and regular habits, etc. Insanity a departure from this.”

The problem with Rush’s definition of sanity is that it is built on a faulty assumption. It assumes that the norms of a society cannot become corrupted and that normality cannot be the cause of mental illnes. In a flourishing society Rush’s definition of sanity may hold, but when a culture becomes sick and a society corrupted, normality becomes a standard that arrests, inhibits, distorts, handicaps and delays one’s healthy development. Adapting to a sick society produces sickness, conforming to a mad world produces madness and in such cases Rush’s definition of sanity is flipped on its head: sanity becomes a departure from normality and normality approaches insanity. What is more, associating mental health with conformity overlooks the fact that too much conformity can easily produce an unhealthy psychological and behavioural rigidity that sets the conformist up for great suffering should he or she be destined to live through some sort of major societal upheaval, or as Carl Jung writes in his book Psychological Types:

“[The normal man] may indeed thrive in the surroundings [of his society], but only up to the point where he and his milieu meet with disaster for transgressing the laws [of reality and human nature]. He will share the general collapse to exactly the same extent as he was adjusted to the previous situation. Adjustment is not adaptation; Adaptation requires far more than merely going along smoothly with the conditions of the moment. It requires observance of laws more universal than the immediate conditions of time and place. The very adjustment of the normal [individual] is his limitation.”

At times of social stability, conformity can make life easier, but at times of social instability the greater our conformity, the more our mind will act like a mirror and reflect the chaos of society back within. For this reason a social crisis can easily induce a mass identity crisis throughout a population of ardent conformists, or as the sociologist Gerald Platt explains:

“The loss of familiar social orders and one’s place in them is potentially chaotic. People who can’t sustain a biographically achieved sense of personal identity, continuity, feelings of worthiness, self-esteem, membership in a community and so on, are easily overwhelmed by affective experiences. When these conditions are widespread the society is undergoing a sense-making crisis.”

Many people these days, facing the prospect of having to re-establish order and meaning to their lives as our societies change, desire for a return to the status-quo. But going back to the way things were, while probably not even possible, would not be beneficial even if it were. For the past paved the way to the present and as many contrarian thinkers have warned, the West has been in a state of sickness and decline for decades and normality has been a corrupted standard for just as long. What is different now is that the unremitting might of reality is crushing the illusions that blinded many people from seeing the sickness of modern-day normality and which kept them believing that conforming to such standards was the safest path to take, but as Aldous Huxley prophetically warned over 60 years ago:

“The real hopeless victims of mental illness are to be found among those who appear to be most normal. . .they are normal only in relation to a profoundly abnormal society. Their perfect adjustment to that abnormal society is a measure of their mental sickness. These millions of abnormally normal people, living without fuss in a society to which, if they were fully human beings, they ought not to be adjusted.”

That normality does not equal mental health can be seen in the high rates of anxiety disorders, depression and suicides and by the widespread abuse of drugs and alcohol. What is more, the mob mentality and group think which has been raging on social media for a decade and which is now playing out in the streets is a further sign of the collective insecurity of our age:

“Helplessness and panic lead to group formation or rather to a clustering together in masses for the sake of gregarious security.”

But perhaps the simplest way to judge the value of Western normality is to ask the following question: Does the average man or woman come across as a strong individual who is armed with the character traits to face up to the challenges of life, or to paraphrase the author Richard Weaver, does “the typical modern have the look of the hunted”? (Ideas Have Consequences) Given the sheep-like reaction to the current crisis, and the ease with which most people can be induced into a state of utter panic and fear, the latter option seems more likely.

“We are on guard against contagious diseases of the body,” wrote Jung “but we are . . .careless when it comes to the even more dangerous collective diseases of the mind.”

Carl Jung, The Earth Has a Soul

If a collective disease of the mind has spread across much of the world, the only solution for those of us who wish to maintain our sanity is to learn what facilitates human flourishing and to build our lives around such foundations. For while the standards of normality are culturally variable, what produces human flourishing is more constant. We have an abiding nature with roots that stretch far back into our evolutionary history and as Jung points out:

“. . .when a living organism is cut off from its roots, it loses a connection with the foundation of its existence and must necessarily perish.”

And here may lie the fatal flaw of the West’s conception of normality: it fails to properly account for the demands of our nature and one of the glaring ways in which it does this is by providing inadequate outlets for what Friedrich Nietzsche viewed as the most fundamental of our drives, namely our will to power. For while many people are aware of the dictum “absolute power corrupts absolutely”, few understand, as the psychologist Rollo May wrote, that: “The absence of personal power can be equally corruptive”. At an individual level powerlessness leads to envy, victimhood, and an apathy that promotes mental illness while at a societal level a population of disempowered men and women paves the way for tyranny. And so, given that a healthy dose of power promotes individual health while simultaneously diminishing the inequalities of power that corrupt a society, in the next video we are going to explore the psychology of power.