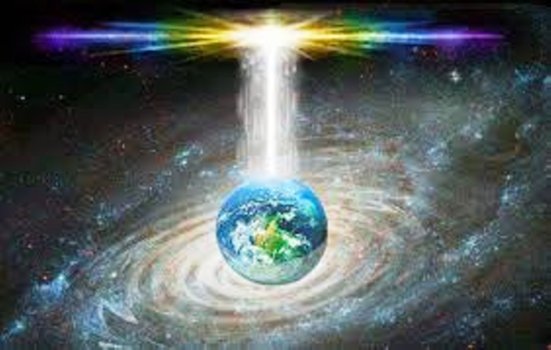 The crew at Time Monk Radio interviewed past life regression hypnotherapist, Dolores Cannon, who spoke about the changing energies, the New Earth and signs of the New Earth, who will get left behind on 3D Earth, physical symptoms of ascension, becoming a Light Body, what happens to people who get left behind, removing karma, duality on the New Earth, gridlines, timelines and points of convergence, Nostradamus, free will, moving into 5D Earth, why we’re skipping the 4th dimension, the waves of volunteer souls, earth changes, the overlapping of 3D and 5D, the sun’s relationship with the earth and whether or not the afterlife is a form of the 5th dimension.

Among some of the ascension symptoms Dolores talked about include: high blood pressure, irregular heartbeats, dizziness, depression, joint aches and pains, ringing in the ears and headaches.  Cannon stated, “These don’t all happen at once. You might have one every few days,” adding that your physician will not understand that this is your body adjusting to the new frequencies.  “If you just wait a few days“ Cannon stated, “you’ll be just fine. It is just the body as it is adjusting (to the new frequencies).”

Everyone has a different frequency and vibration, so it’s going to react differently to these changes.

“The entire universe is being affected by this changing of the vibrations and frequencies.  Nothing is escaping from this.”

Cannon stated that people’s diets are changing, most noticeably by eating less meat. “In order to move with this ascension as we go into the new dimension, you have to have the body be lighter.”  According to Cannon, eating heavy meats will hold the body down.  Cannon stated that right now, “There are at least 30,000 people in the world that don’t eat anything” which means that these people are advancing to the point of being Lightbodies.

“They (the ET’s) told me many times in my work, the ideal diet is live foods.  Live foods are fresh fruits and vegetables, organic if possible.”  Cannon recommended for people to stay away from sweets and to “drink lots and lots of water because they said the importance of water is unbelievable.  There is one tiny thing in water that the body must have.  You can eat some meat, some fish and chicken… that’s a lighter vibration of meat, but to stay away from the heavier foods.”

Many people have told Cannon that all they want to eat is smoothies.

When asked about leaving loved ones behind, Cannon answered, “It’s an individual decision of each sole in what they’re going to do.  You never know the actual development of any soul as to how advanced it is and how it is ready to go.”

Similar to the in5d article, “So, Your Spiritual Awakening Cost You Some Friends,” Cannon mentions that, for many people, old friends have moved out of their new lives as a new circle of like-minded friends have replaced them.

Cannon stated Earth’s inhabitants are the only civilization in the Universe that have free will.  Due to the Laws of non-Interference, other extraterrestrial races are not allowed to interfere unless we arrive at the point of self-destruction.  On other planets, the inhabitants have different rules and regulations than what we have here on Earth.

Interestingly, if this is a planet of free will, it would make sense as to why so many people are tired of government running their lives, because as government increases, free will and liberty decreases, which creates a subconscious form of cognitive dissonance that naturally repels us from being controlled by the power elite.

Cannon also stated that we need to let go of fear because fear will keep you living in the old Earth. “Fear is not real.  Fear is an illusion and it’s only on Earth that we have these emotions.”

Cannon attributes many of our current earth changes to the separation of the earth into tow earth, one in 3D and one in 5D.  “These natural disasters are happening because the earth is separating and this is creating it.  ‘They’ (the ET’s) said, “We’re like fleas on a dog.  In order for us to go (with the Earth into 5D) we have to change our vibration.”

Many people have questioned why we are jumping from3d to 5d.  The reason, according to Cannon, is that time is the 4th dimension and it doesn’t exist in the 5th dimension.  “You are constantly moving in and out of dimensions and don’t even realize it,” stated Cannon, “Because nothing is stable. It’s always changing and moving.  This is what I mean by (saying) you can change your reality because everything is malleable.”

As for when we will be in the 5th dimension, Cannon states that we are already there and we will see it when we believe it.

Dolores Cannon is the author of many, amazing books on the New Earth, Volunteer Souls, and much more!  My personal favorites are her “Convoluted Universe” series! Her website can be found here.

Gregg Prescott, M.S. is the founder and editor of In5D and BodyMindSoulSpirit. You can find his In5D Radio shows on the In5D Youtube channel. Gregg is also a transformational speaker and promotes spiritual, metaphysical and esoteric conferences in the United States through In5dEvents. His love and faith for humanity motivates him to work in humanity’s best interests 12-15+ hours a day, 365 days a year. Please like and follow In5D on Facebook, BodyMindSoulSpirit on Facebook and In5D on YouYube!