“Don’t Lie to Yourself and NEVER Become a Field Agent for The Father of Lies.” 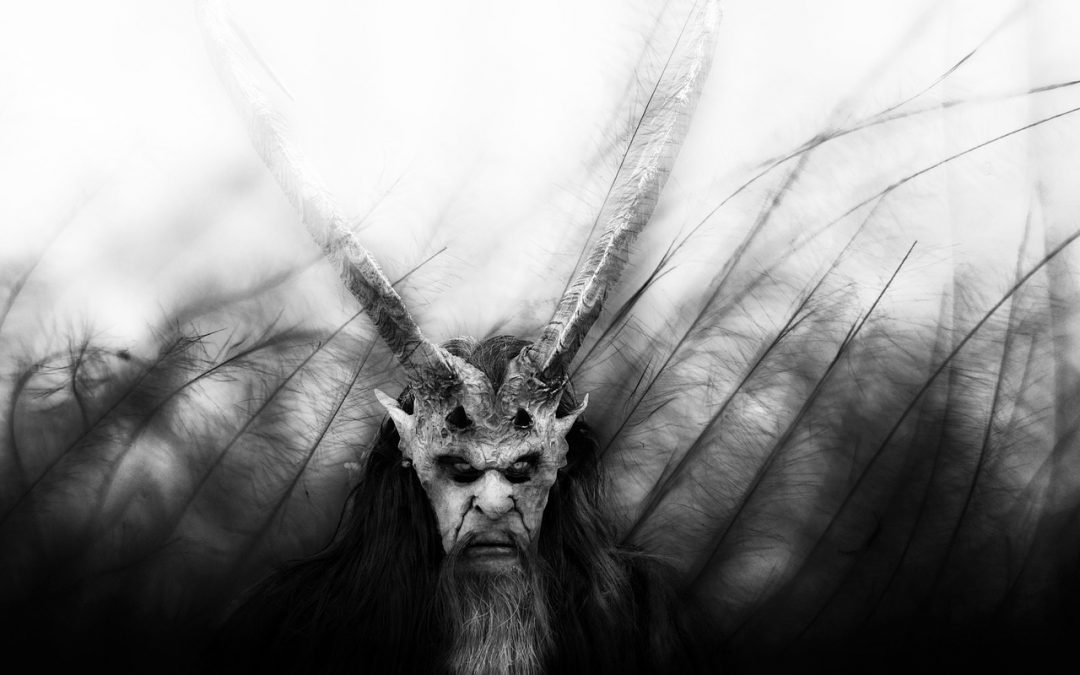 “Don’t Lie to Yourself and NEVER Become a Field Agent for The Father of Lies.”

It was Kipling, I think, who said, “East is East and West is West and never the twain shall meet.” They are, actually the same, behind the presentation of appearances. During my initial Kundalini experience, I had this shown to me in a convincing way. It is our presentations and appearances that get us into trouble. People buy the presentation, not the thing itself. No wonder they are so often disappointed. People fight wars over differences in religious perspective.

The wisdom of East and West are the same. They only differ in appearance. The spirit directs each to express in their fashion. All of the spiritual icons of the past, no matter what their points of origin or the message they brought, get along fine with each other. It is their followers who have a problem as they war for superiority over the other faiths who don’t represent The Truth as they see it; given that they don’t see it at all in the first place, otherwise they wouldn’t be making war on each other.

Nearly every problem that one can identify as such is caused by misreading appearances. In Nature, they have plants, insects, and animals who lure their prey to them with certain appearances or appeals to a particular sense. In the human world, the same thing happens, regardless of whether it is a car salesman, a realtor, a religious charlatan, or a sociopath, which all of them might also be. Humans lure each other for all sorts of reasons. Romance is a big one. I’m sure you can call to mind other examples concerning the deception of appearances.

The lie is in the eye. This is the genesis of The Eye of Sauron, and in our own Middle Earth, he has a counterpart called Satan. He is euphemistically called, “The Father of Lies”. There you have it! Deceptions, Intrigues, plots and calculations, Subterfuge, Seduction and… I could come up with a long list of terms that apply to DECEIVING another. This is what defines you. Are you engaging in deception AND… to what end? If you are not then you are in small but good company. I say that because most people lie to themselves as if it were Second Nature, and it is. It is a counterfeit on our true being, our shadow-self rampant on a field of darkness. IF… I were a member of The College of Heraldry, with poetic aspirations, I might say something like that, but I am not… but I did say it anyway so, there you go.

Don’t lie to yourself and NEVER become a field agent for The Father of Lies. In Times of Material Darkness, lying is a form of currency. It is expected of one to be at least a LITTLE corrupted, which I think is similar to being a little pregnant. Once you get even a little way into the thickets of falsehoods and deceptions, you become lost, and you can often forget where you came from as well. It WILL happen, sooner or later, depending on how much of your Character has to go out the window for it to happen to you.

You might have spent a lifetime crafting an identity and it can be blown to bits in short order if you step out of line. Whose line? So many people go along to get along. Others are driven by Fear or hopes of Gain. Some are driven by attractions of the flesh and they come to look like it, the same way a Meth-Freak comes to look like what he’s done to get there; if that makes any sense- it does to me.

It’s pretty simple when it comes to doing the right thing. It ONLY becomes complicated when you feel compelled to cut corners, go off the reservation (couldn’t resist), or COMPROMISE yourself in some fashion in order to GET SOMETHING. It is EASY to do the right thing when you don’t want anything. I have come to learn that all those attractive forms have thorns. They also create thickets and forests.

A pure heart is priceless. This also can be the work of a lifetime or many lifetimes. Your OBJECTIVES and your INTENTIONS define you. They shape you over the course of time, and you come to look like what you have been up to. At the Gates of Heaven, there are angels skilled in a form of facial recognition. At that location, people REALLY look like what they are and in many cases get nowhere near those gates.

Here’s an image that might stick in your head and I apologize for that but I am going to give it to you anyway, BECAUSE it is true, and a Valuable reminder of something most people never even think about in the first place. When you leave here, you leave through the opening, the port in your body that is most relevant to the course of your life; and THEREFORE to your next life. This can be through your eyes, your nose, your ears, your navel, and your channels of excretion. There is also your navel, and if you are VERY fortunate because you were very focused, there is the hole in the top of your head. You WILL leave your body through one of those openings, and it is up to you which one it is. This is why it is said, “the yogi dies at will.” Of course, you can transpose the term ‘yogi’ to whatever tradition you are comfortable or familiar with. There WILL BE a parallel term.

Every day, you are a day closer to your moment of departure. It COULD come at ANY time. One thing you may be sure of, it WILL COME. What preparations have you made? Did you go to church every Sunday, or whatever day it is? Did you pray? Did you seek out the attention and company of Heaven AS IF IT WERE A REAL PLACE? Did you believe? Do you believe? What do the gauges say about your levels of Faith, Certitude, and Determination? That’s important, as you will discover in your passage, AND surely it is important to discover it, BEFORE your passage.

For many, what I am talking about here is FANTASY. Even those who are going to church as functionaries think it is a bit of a fantasy because God is FAR AWAY… up there… somewhere. Then… the manner in which they see God is suffused in anthropomorphic projection. It’s like playing hand puppets in front of a screen. You can be sure that SOMEONE has a hand puppet thing going full-bore through the minds of humanity, which… being separated from each other, provide Easy Pickins, so to speak.

No matter how many times you tell people that what they see is not what they get, they will still elbow you out of the way to get to it. Let it get rock-star status and the shelves and aisles of Big Box Heaven will look like Gettysburg after the fact, once whatever shopping holiday has passed. Herein we see the deep uglies of Social Media, and the herding and programming tactics so employed. Add in cellphones and you have Zombie Blvd running right through the heart of the commercial district.

What they are doing is stoking the hunger. They hit you with an image. They tell you it is desirable and they tell you you had better get it now and… they turn up the burners of the desire body and The Carnival of Carnality appears in a big empty lot in the center of town, overnight, as if it came out of an aerosol can, along with those skin-tight jeans. Then you can just wiggle until the wiggle is gone.

I find it hard to understand how such a large body of humanity can be so clueless. Anyone consider how improbable it is that Global Warming would increase to the temperatures of the moment without some HAARP-like help? It DOESN’T just accelerate like that and there is something funny about those fires as well. Every so many thousands of years, the whole shebang (is that racist or sexist?) goes missing and they start all over again, and this pattern has been going on for a while. Wouldn’t you think that an awareness of this would be in the DNA by now?

You don’t have anything to worry about IF you don’t have anything to worry about. Stuff is at the core of your discontent. Stuff that we care about makes us do things we would not do if we didn’t care so much about… Stuff. That is another way that they manipulate you. Fear… intimidation… a baited and dangling hook, they get to you however they can get to you. Look at Stephen King and his obsession with Trump; John Cusack and the rest of the howling mob. Who is so powerful that they can compel people who have no need of money, but have a certain amount of fear, or want more money and influence, or especially do not want to lose what they have? Who is so powerful as that?

There are many mysteries afoot in these times. Given the negative effect that George Soros is having on the United States by FINANCING the mindless and violent in the cities, WHY…? Why… is nothing done about him, or even said about him? He works for The Rothschild Cartel and they print the money. That is all one needs to know. Who do The Rothschilds work for? They work for Self-Interest, and who is the King of Self Interest on the Inner Planes? Right you are! It is said, on pretty credible authority that The Rothschild clan ALWAYS has an extra chair at their dining tables that is reserved for His Nibs, Old Scratch, who has NEVER found an itch he can’t profit from and that would apply to The Red Shield people also.

This is ALL a cosmic drama outworking. The players and the scenery were arranged a long time ago. No one is here, or wherever they are by accident. God is the victor. God is The Supreme Controller. God is the all and all in all. Everything is composed from The Body of God and God is the Dynamic, Activating Principle amidst and through it all. It seems a simple matter to me who I should show fealty to. It seems a simple matter to me who it is that I love and adore. Nothing outside of that is attractive at all. You’d think I would have caught on to that earlier, but I did not. Like I said, I can be slow on the uptake, but eventually… eventually, it makes its way to a state of sustaining recognition. We don’t require any more proof of life concerning the Everlasting and Eternal. It is Self-Evident.

I put this one in because there is a great deal of weird and wacky.
Some of it might even be true-

Many more ‘must see’ videos and commentary at this page.

Via Fox News
GOP rep warns ‘no operational control’ of border after seeing migrants stream in, board flights’

Via archive.today
Washington Post report: Yes, kink belongs at Pride. And I want my kids to see it.

Via Matt Walsh on Twitter
A mandatory “diversity hike” for the U.S. Navy

BEAMED FROM THE SAUCER POD BY VISIBLE AT 21:29