Echoes Of Tomorrow By Zy Marquiez 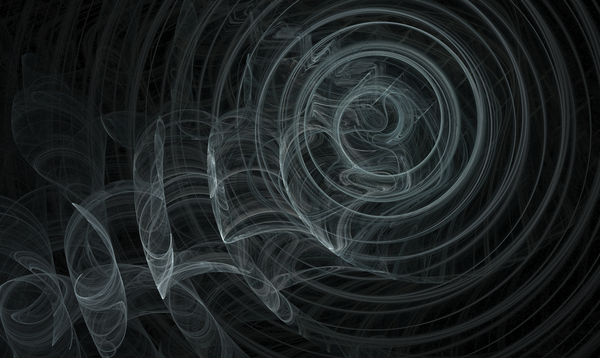 “Better than a thousand hollow words, is one word that brings peace.” – Buddha

“It does not require many words to speak the truth.” – Chief Joseph

Amidst the backdrop of uncertainty that is creeping through the internet, humanity is spiraling into vortex of confusion, illusion, veils of disinformation and outright censorship.

This uncertainty has been fostered in great part by the rampant censorship which has been escalating these last few years. The deceit and blatant disregard for anything true or moral continues by those in power who are strangling individual freedoms. In particular, the way this is currently taking place right now is through what is Orwellian-ly called “Fake News.”

Fake News, as it stands, is being used to unleash a tsunami of censorship that is beginning to show the true nature of the beast, if it wasn’t already known before. Nevertheless, the idea of Fake News has existed for a long time. Independent journalist Jon Rappoport, [NoMoreFakeNews.com ] coined this term over a decade ago, but that’s not relevant to the mainstream media; credit to the rightful creator of an idea matters not to them. In their surreptitious eyes, history is a moving target – what they say is truth, even when it’s not.

History has shown us time and time again how much the power structure fears proactive, truthful, and moral individuals. Such is why subjugation of the individual, his ideas and freedoms has been in the crosshairs of history’s most pernicious tyrants and despots. In America, the founding fathers knew this. This is also why in America Freedom of Speech is the 1st Amendment – the most important one. Not the second, third, fifth, nor tenth – The First.

This is because the First Amendment enables individuals to share the truth and ideas. In fact, ideas aren’t something which can be extinguished easily. As Victor Hugo once incisively intimated, “An invasion of armies can be resisted, but not an idea whose time has come.” Tyrants can kill millions of people that share the same idea, and the idea still echoes into eternity. And there’s no more powerful idea than that of unbounded individual Freedom, especially when the individual echoes the truth.

Freedom, and all that it entails, is one of the most powerful concepts man has realized. When man gets a taste of Freedom, it is energizing, invigorating, life changing. The pages of history are replete with the never ending battle between the supporters and the detractors of freedom.   This is because both sides know how much Freedom empowers the individual, for Freedom is the ultimate truth.

Despite countless genocides and slaughters taking place in history, the best ideas that individuals shared have echoed throughout time. Such is the power of the word, whether spoken or written, and always will be.

One individual that unfortunately met his early demise for sharing his resounding ideas was the father of philosophy, Socrates. This was because Socrates, the veritable personification of the question mark, wasn’t afraid to ask questions. Questions lead to answers, and answers lead to truth, which is what authoritarians hate.

Moreover, questioning authority empowers the individual because he begins to become independent in mental faculties and discernment. An independent individual becomes self-sufficient once he begins to employ his or her mental faculties in a sound and keen manner. This allows these individuals to realize that, while they welcome other rational opinions, they need not base their livelihood on what others state if it is flawed. Instead, these individuals cut the wheat from the chaff and center upon what is most logical, but also, most importantly, what is truthful.

Harkening back to Socrates, one significant contribution that Socrates gave us was the employment of logic in a sound manner. As modern philosopher Peter Kreeft Ph.D. shares in his book Philosophy 101 by Socrates – An Introduction To Plato’s Apology:

“Socrates is the apostle of reason.  He demands that we give logical reasons, grounds for beliefs, and follow the logical consequences of our beliefs, taken as premises or hypotheses, to their logical conclusions through a number of logically compelling steps.”[1]

Such a process of incisiveness will undoubtedly get to the core of the issue far more often than not if and when employed correctly. This is why Socrates was feared and persecuted by the state. Socrates made no bones about getting to the truth, regardless of where it led too, and that’s what terrifies those in power.

Reflecting the past, in modern times, the mainstream media and comptrollers are seeking to stifle individuals sharing truths.

While not long ago censorship took the form of book burning, nowadays censorship has become more sophisticated. Censorship has shifted from burning books, to deleting posts, employing sophisticated algorithms and even banning individuals from social media who speak anything counter to the official narrative.

The powers that will cease to be realize that, just as all it takes is one sound wave vibration to begin an audacious avalanche; in like fashion, individuals who speak up are creating avalanches of change through the corridors of conformity by speaking their mind.

Individuals are waking up to the dangers of GMOs, vaccinations, the police state, pedophilia, weather modification, corruption and much more.

The comptrollers can’t burn the Internet down, but they are literally recasting history just like Orwell showed us in 1984. Except Orwell wrote his book as fiction, but we’re now living in this period as fact. That is a highly disturbing proposition. Humanity is living through Orwellian pages, and most are asleep to this very fact. Thankfully, not all are, however.

Some individuals are breaking away beyond the conventional narrative and creating a new narrative, writing their own story, seeking their own ending.

The individual is the first chapter in the book of change. Hence, change can only take place when the individual begins to assert their own power, when individuals let others know that what they see is wrong and that they will not stand for it, no matter what. Any individual in the world can make a significant impact. In fact, individuals are the only thing that has ever changed the world. And those that act will do so again.

The world will continue to change. The only question is whether the world changes for better or worse, and whether individuals choose to fight for their freedoms and against censorship or decide to sit on the sideline.

Many years from now when future individuals gaze back at the pages of history, especially given how much of it might be online, they will see that some people chose to act against tyranny and censorship, while others didn’t and chose to stand on the sidelines.

If you value Freedom, the time to act is now. Begin speaking out, for you never know how many people you can inspire unless you try.

To be free, or not to be free, that is the question.

What each of us does now will echo into Eternity. What will your voice echo into the future, into eternity?

Zy Marquiez is an avid book reviewer, researcher, an open-minded skeptic, yogi, humanitarian, and freelance writer who regularly studies subjects such as: Consciousness, Education, Creativity, The Individual, Ancient History & Ancient Civilizations, Forbidden Archaeology, Big Pharma, Alternative Health, Space, Geoengineering, Social Engineering, Propaganda, and much more. His own personal blog is BreakawayConsciousnessBlog.wordpress.com where his personal work is shared, while TheBreakaway.wordpress.com serves as a media portal which mirrors vital information usually ignored by mainstream press, but still highly crucial to our individual understanding of various facets of the world.