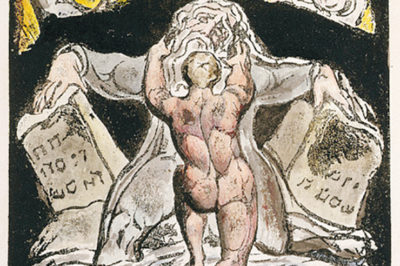 BY STEPHAN A. HOELLER PHD

The study of mystical religious experience was introduced into psychological studies in the late nineteenth century. Curiously, this somewhat novel interest was initially stimulated by researchers of medical psychology who observed that phenomena resembling those experienced by mystics frequently resembled the experiences of mental patients.

One outstanding example that attained seminal status was the work of Theodore Flournoy, From India to the Planet Mars: A Study of a Case of Somnambulism with Glossolalia, published in the year 1900 (the year when Sigmund Freud published his work Interpretation of Dreams). Flournoy’s work influenced Pierre Janet, C.G. Jung, and Freud himself.

In 1913, C.G. Jung developed a technique for inducing visions that he named “active imagination.” In such experiences, hypnagogic states were combined with visualisation techniques with the objective of inducing waking imaginations of an autonomous character. (Autonomous in this context means that the vision is not consciously directed but acts on its own. This feature distinguishes Jung’s procedure sharply from the “guided imaginations” and reveries popular in New Age circles.)

Summing up the major conclusions drawn from the studies of mystical and related states by depth psychologists, mystical experiences are states of consciousness that bring about a radical elevation of awareness and at times a deep and abiding union of the individual mind with a realm of transcendence which extends beyond all features of terrestrial embodiment. These states of radical awareness and mystical union have become the definition of certain Western and Eastern exalted states of consciousness, the former known as Gnosis and the latter as Enlightenment. Upon these states are based the traditions known as Gnosticism and Buddhism.

The present writer contends that there are two paramount traditions of mystical spirituality in the world. They are so closely related to each other that it may be justified to give them the metaphorical label of twins. They are named Gnosticism and Buddhism. To familiarise oneself with the “twins” and their relationship, one needs to attempt a comparison of their origins as far as these might be discerned historically.

As the child is father to the man, so Vedic Hinduism is the forerunner of Buddhism. It is known that Buddhism evolved out of Hinduism by way of its founder, Gautama the Buddha. It is said that one’s ancestry is always important, and this may be true of religious traditions as well. The Hindu religious matrix, out of which Buddhism arose, had a significant influence on this tradition.

For an unknown length of time prior to Buddha, Hinduism possessed a classical school of Yoga, in Sanskrit called Jnana, meaning “the way to union through knowledge.” The structure and composition of Hindu religious life are not unlike those of ancient Gnosticism. It has been said that Hinduism is not so much a religion as it is a family of religions. The diversity of ancient Gnostic traditions is undoubtedly similar. Individual Guru figures are certainly present in both traditions, as are diverse sacramental ritual practices designed as aiding the transformation of consciousness.

On the side of doctrine, there are significant similarities also. Perhaps the most important of these is the belief in the presence of the Divine in the human spirit. The Atman is identical with Brahman, so the Advaita school of Vedanta declares – universal divinity is present in miniature within each person. In Gnosticism, the Pneuma (individual human spirit) is seen as a spark sprung from the divine flame. As noted, self-knowledge in-depth thus is knowledge of God.

Another teaching that makes Buddhism’s background and Gnosticism similar is the teaching that declares the existence of many divinities in realms between the ultimate and the material dimensions, yet all connected with a supreme spiritual fullness. These few examples might indicate that the doctrinal foundations underlying Buddhism are akin to Gnosticism itself.

Although akin to Judaism and even more closely to Christianity, Gnosticism was undoubtedly inspired by the mystical experiences of the initiates of the various Mysteries of Greece, Egypt, Rome, and perhaps Persia. These Mysteries afforded many persons very impressive individual mystical experiences. Their tradition survived in diverse forms among the Gnostics, Hermeticists, and Neo-Platonists. Thus, along with others, the Gnostics became the heirs of the Mysteries of antiquity.

The Wisdom of the Knowing Ones

When it comes to Buddhism itself, the signs that join it to Gnosticism are numerous and powerful. The supreme objective of Buddhism is identical with the ultimate aim of Gnosticism. This is none other than Liberation, meaning freedom from embodied existence and thereby from all suffering. This liberation is brought about not by belief or by the following of moral precepts, but rather by a radical altering of consciousness, an experience of inexpressible liberating power called by Buddhists Bodhi, often translated as Enlightenment, and known to Gnostics as Gnosis, the latter translated by G.R.S. Mead as “the knowledge of the things that are.” The supreme quality to be cultivated in the quest for Enlightenment/Gnosis by the Buddhist is called Compassion, while the Gnostic Christian cognate quality is known as Love.

Some students in the West have chosen to believe that the Mahayana doctrine of Bodhisattva-hood makes it incumbent on Buddhists to keep reincarnating until there is no one to be helped any longer. Some years ago, H.H. the Dalai Lama, within the hearing of the present writer, replied to such a question: “You just get Enlightenment, then you will know”!

The pioneer present-day Gnostic scholar, Elaine Pagels, pointed out in her Gnostic Gospels that it is legitimate to translate the term Gnosis as used by the ancient Gnostics as insight, for it involves an intuitive process of knowing oneself. Pagels also goes on to emphasise that this knowing oneself at the deepest level is simultaneously to know the Divine and that this is the true secret of Gnosis.

Many highly informative statements were made by the late renowned Buddhist scholar Edward Conze, who openly called Buddhism “the Gnosticism of Asia.” The following paragraphs are in part based on a lecture by Prof. Conze that I attended some decades ago in the Pacific Northwest of the United States. The lecture concerned the convergence of Gnosticism and Buddhism. Here are some of the outstanding points:

After noting several similarities in the teachings and spiritual ambiance of Buddhism and Gnosticism, a penultimate evaluation of their relationship may be important. The origins, both historical and other, of the two traditions are cognate. Both had their beginnings with a founder who experienced exalted spiritual states and whose example helped generate a tradition oriented toward such experience. Even as the Buddhist tradition moved outside of Hinduism, so the Gnostic tradition, in Christian garb, separated from Judaism. The similarity of the story of the two ends here, for the majority within Christendom cast out the Gnostic minority, condemning it to a mostly underground existence. Buddhism, on the other hand, for the most part, morphed into folk-religiosity, although esoteric communities continued. Both traditions maintained their orientation toward transcendental experience, which allowed for great, even ultimate transformations. Thus, we may conclude that even in the midst of their frequent misapprehensions, the early leaders of depth psychology have discovered something of momentous significance in regard to mystical consciousness.

Not only were the mystics of East and West not to be seen as victims of psychosis, but rather as persons who gained access to an insight so profound that it supersedes all worldly knowledge and information. Gnostic and Buddhist sages always had their successors in history.

It may be appropriate to close this article with a passage, part meditation, part sermon, heard many years ago from the lips of a teacher, and remembered by the present writer:

“You are not of this world. You are not this body that you inhabit. You are not these emotions, these thoughts, this ego you identify with. You are not even your life and death. When you are able to distance yourself from these things, then the true you, the Gnostic you, comes into the focus of your cognition. Purer than the ether, more radiant than the sun, purer than the driven snow, filled with life and taken out of the context of death, this is the self you are. To help you know this, Jesus and Buddha and all the other great messengers of light have come into this world, making the sacrifice to come from the fullness into the emptiness to bring you this. You must know this, and you must do this, because without it you are not really alive, you are not really conscious, but with it, you are all things, you have all things, and the All has become you. This is the message of Gnosis!”

(This meditation was conducted for his students by the late Richard, Duc de Palatine during his visits to the USA.)

This article was published in New Dawn 186.

STEPHAN A. HOELLER Ph.D. is the author of The Gnostic Jung and the Seven Sermons to the Dead (1982), Jung and the Lost Gospels (1989), and Gnosticism: New Light on the Ancient Tradition of Inner Knowing (2002). He is the director of the Gnostic Society of Los Angeles, Bishop of the Ecclesia Gnostica (www.gnosis.org), and a leading figure in contemporary Gnostic activities.