Escaping From Techno Fascism and the Bio Security State Prison 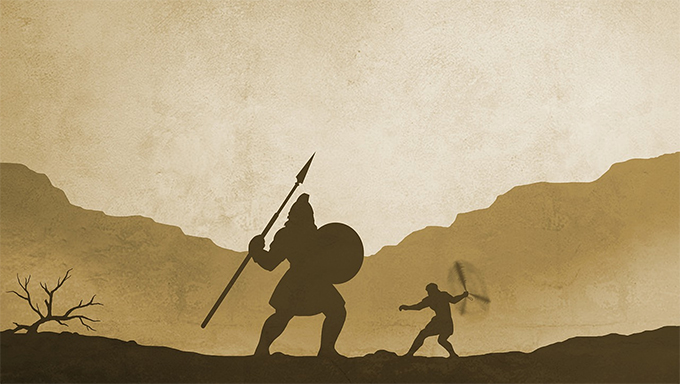 Escaping From Techno Fascism and the Bio Security State Prison

In every crisis there is an opportunity;  the bigger the crisis, he bigger the opportunity. The crisis I am referring to is not Covid 19. The crisis is the narrative about Covid 19. The reason the narrative is much more dangerous than the so-called virus is because claims are being made about the “virus” that are not true, yet they are widely believed.

The narrative claims that a microscopic virus infects healthy cells, hijacks their DNA and replicates itself to the point of cell death. The only solution is to vaccinate the individual and prevent the virus from spreading.

To the casual observer, this is plausible and reasonable. After all, the Germ Theory Has been around for 140 years and the entire medical/pharmaceutical industry is built on it. The idea that germs cause disease is the very foundation of health care and is deeply ingrained in the global mind set. In this newsletter, I am going to provide evidence that, not only is the Germ Theory 100% incorrect, it has never been proven, and can be easily exposed for the fraud that it is.

When a tree falls in the forest, fungi, bacteria and other microbes digest and dissolve it down to its atomic level. Then, those atoms are recycled and repurposed to create new soil for new life.

When tissues in your body die, fungi, bacteria and other microbes perform this exact same function and the atoms are used to create new tissues. It is an intense and complex process of destruction and re-building. The microbes are Demolition Crews, Garbagemen, Firemen and Engineers working together for the well being of the individual.

This Process in universal throughout all of Nature, the Great Recycler. There is every reason to have enormous confidence that she knows what she’s doing. It’s irresponsible and extremely dangerous to look at her processes and make false, unverifiable assumptions about them and then invent a planet-wide Congressional Pharmaceutical Disease Management System (falsely called health care). Yet, that’s exactly what John D Rockefeller did in the early 1900s.

He became the world’s first billionaire from the exploitation of oil and realized that the waste products from refining it could be turned into “medicines” to treat disease. In order for that to happen, he had to dig up the discredited Germ Theory invented by Pasteur and make it look respectable. He sent his minion Abraham Flexner around the country buying up colleges and universities as long as they studied germs and viruses and validated the need for antibiotics, vaccines and other poisons in treating disease. While antibiotics can sometimes be useful when the body is too overloaded with the process of digesting and rebuilding dead tissue, they should only be used in extreme emergencies. They kill ALL the microbes and provide a period of rest and recuperation so that the Process can begin again. When penicillin was developed, it seemed like a miracle had descended from heaven. It was credited with the ability to cure disease. The problem is that you can get too much of a good thing. Over use of antibiotics destroys the gut biome, the very heart of the immune system.  Antibiotics don’t cure disease, they only interrupt the process, the patient feels better and concludes that his doctor is a genius. However, suppression of symptoms is not a cure. Only Nature cures, no one else.

Antibiotics and vaccines also damage the mitochondria where the hydrogen in the food we eat is combusted for energy. Poorly functioning mitochondria, like woodstoves that are starved for air, produce creosote, lactic acid and plaque. Doctors who notice this gunk in the arteries conclude that it is the cause of heart disease when it is actually the effect. The cause of heart disease is poor combustion of hydrogen in the mitochondria.

All so-called diseases are caused by injury, poisoning and starvation and are ordeals of purification and renewal. The fact that microbes are present and you feel terrible does not mean that they are the reason you are sick. The body is designed to be extremely robust and resilient and anything less indicates obstructions and congestions in metabolic pathways.

The reason why the Germ Theory and the narrative about antibiotics and especially vaccines is so dangerous is because it removes responsibility for your health from you and places it the hands of the Beast.

The Beast is a system of thoughts and beliefs that are presented as Reality. Its power comes from the billions of individuals who idolize it and align themselves with it. The Beast is a Narrative that infects the mind with false assumptions and beliefs, a mental machine that churns out billions of copies of itself.

The choice is clear. Do we acknowledge the meta-genius biology of Nature, or do we submit to the non-scientific, for-profit assumptions of Rockefeller and the hundreds of universities he spent hundreds of millions of dollars subverting? While the universities were scrambling to comply with the conditions Rockefeller laid out for their funding, the Naturopathic Doctors who studied Nature and her Cures were ridiculed and put out of business. It became a crime of “misinformation” to believe in anything but the Germ Theory. Sound familiar?

Covid 19 is the latest and greatest accomplishment of the Germ Theory. Its not pesticides, air pollution, junk food, glyphosate, 5G radiation, fluoride, antibiotics, vaccines, or damaged mitochondria that are the problem. No, it’s the “virus”.

Prisons create the desire to escape, but only for those who understand that they are in prison. Everyone else is too busy painting blue skies on the ceilings of their cells to notice. For those who have stared into the core of the Beast and understood that it is a machine of control and subversion, then escape is the only option.

The Beast provides a prison and the opportunity to escape from it.

The problem is not that people are lazy and don’t mind their enslavement. The problem is that billions of people do not see the bars of their prison cell. But, when the suffering and misery become great enough, then he and she will come back to life and find a way to break out.

The Germ Theory and the Narrative around antibiotics and vaccines are 2 of the bars of the cell. There are many more, but I want to concentrate on these 2. They are instructive and useful because they are inventions, not discoveries. A discovery is real, embedded in Nature. The invention of a false construct about Nature, like the Germ Theory and poisons masquerading as medicines, are not real, just ideas, fabrications, manufactured stage props and bald faced lies intended to deceive and control entire populations.

Our Work is to stare into the Beast long enough until we understand that it is a prison/machine that we must escape from and then demolish. It’s a lot like David and Goliath. David was a shepherd, Goliath was a fierce Gladiator. Had David met Goliath on the battlefield with armor and spear, he would have been crushed by the Giant. David knew he had the advantage because he was quick and nimble and could dance circles around Goliath who wore 300 pounds of armor. David was skilled with his slingshot and used it to protect his flock from wolves. When the stone struck Goliath in the forehead, it had the impact equivalent of .45 handgun. It took one stone to bring Goliath to the ground. Then, David used the Giant’s own sword to cut off his head.

Our Goliath is the Germ Theory and its armor, the Pharmaceutical/Congressional Complex

Our stone is the truth of Nature.