Establishment Now Advocating Lockdowns — Not to Save You From Covid, But From Climate Change 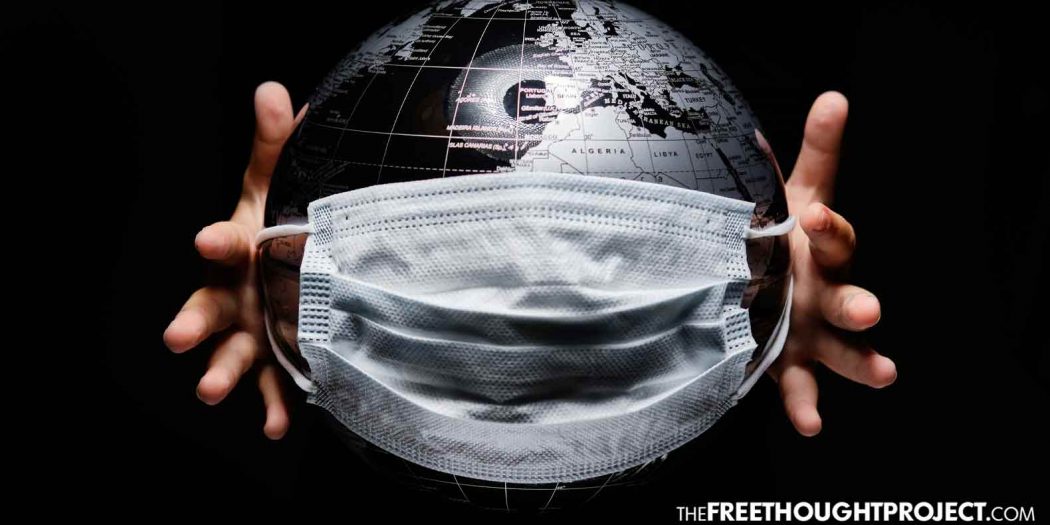 Establishment Now Advocating Lockdowns — Not to Save You From Covid, But From Climate Change

According to her bio on her website, Mariana Francesca Mazzucato is an economist with dual Italian–US citizenship. She is a professor at University College London in Economics of Innovation and Public Value and she is the founder and director of their Institute for Innovation and Public Purpose. However, according to her recent essay, she’s also a tyrannical advocate of economic lockdowns. Unlike the crippling coronavirus lockdowns that sent overdoses into record breaking territory and childhood suicides through the roof, these lockdowns are for climate change. Unfortunately, she is not alone in her views either.

In her essay, which was endorsed by many in the establishment media, Mazzucato pushes for draconian measures to curb what she refers to as a tipping point on climate change. If we don’t take “dramatic interventions” immediately, human civilization as we know it will come to an end and so will the planet, according to Mazzucato. These interventions are not child’s play either. According to Mazzucato’s paper, which was reprinted in mainstream media outlets across the planet:

Under a “climate lockdown,” governments would limit private-vehicle use, ban consumption of red meat, and impose extreme energy-saving measures, while fossil-fuel companies would have to stop drilling. To avoid such a scenario, we must overhaul our economic structures and do capitalism differently.

Given what we know about the covid lockdowns, the effects of such a system would likely have devastating consequences for every country and send shockwaves throughout every socioeconomic arena. So why on Earth would politicians and media be chomping at the bit to get on board?

Earlier this month, President Joe Biden used the recent hurricanes as “proof” we’re in a “climate crisis” and issued a “code red” for the world. He was backed up by House climate adviser Gina McCarthy, who added that the climate crisis is now a “health emergency.”

A recent Nature journal piece followed suit, claiming that COVID-19 lockdowns have prepared people for “personal carbon allowances.” Restrictions on individual freedoms “that were unthinkable only one year before” have us “more prepared to accept the tracking and limitations” to “achieve a safer climate,” the piece notes.

World Meteorological Organization Secretary-General Professor Petteri Taalas agrees and held no punches when he declared that the covid lockdowns provided a blueprint for how we should proceed with climate lockdowns.

“The COVID-19 pandemic is not a solution for climate change. However, it does provide us with a platform for more sustained and ambitious climate action to reduce emissions to net zero through a complete transformation of our industrial, energy and transport systems.  The needed changes are economically affordable and technically possible and would affect our everyday life only marginally. It is to be welcomed that a growing number of countries and companies have committed themselves to carbon neutrality,” he said. “There is no time to lose.”

It is important to note that the Free Thought Project is not advocating for the existence or the non-existence of climate change — we are not climate scientists. However, we most certainly think that it is a topic worthy of discussion and research but never government force.

Of course, drastic government mandates and sweeping bans on items is no way to handle any situation. However, that is becoming more and more unnecessary given the market’s reaction to fossil fuels and their potential to contribute to global warming

The U.S. Dept. of Energy’s second annual report found that solar employment was almost double that of fossil fuel employment in the Electric Power Generation sector.

No one here is advocating we immediately halt the use of fossil fuels. Without them, humanity would still be in the stone ages and much of the renewable energy products that exist today would’ve been and still would be impossible to make.

However, only humanity loses when outdated technology is propped up by taxpayer dollars and the fossil fuel industry is a perfect example of this practice. When we remove corporate welfare, we find that the market acts as a far better motivator for cleaner energy.

It has been reported that unsubsidized solar is cheaper than fossil fuels in many countries for large-scale electricity generation.

The tools exist right now to move humanity into a better more sustainable place, and, as the numbers illustrate, we are getting there — without sacrificing freedom. As TFTP’s Don Via Jr. writes, “Now more than ever, finding viable alternatives to opt out from this broken abusive system is vital for our civilization to take its next step in evolution. The solutions for humanity to begin moving towards a freer, more peaceful, prosperous and sustainable world exist. But we have to act on developing these strategies and creating new ones; as individuals, and in doing so encouraging the togetherness to voluntarily do so collectively as a society. The possibilities for change are abundant. But it starts with us. We must act on it, and be the change we wish to see in the world.”