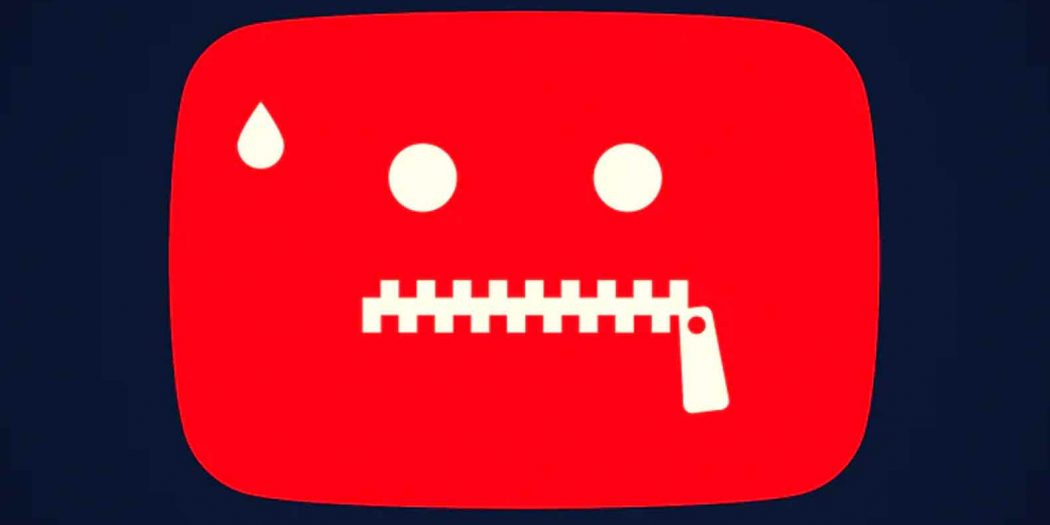 (MPN) An academic critical media literacy conference warning of the dangers of media censorship has, ironically, been censored by YouTube. The Critical Media Literacy Conference of the Americas 2020 took place without incident online over two days in October and featured a number of esteemed speakers and panels discussing issues concerning modern media studies.

Weeks later, however, the entire video record of the conference — estimated at around 24 hours of material — disappeared from YouTube. Organizer Nolan Higdon of California State University East Bay, began receiving worried messages from other academics, some of which were shared with MintPress, who had been using the material in their classrooms, noting that it had all mysteriously disappeared.

“At first I thought it was a joke,” said Mickey Huff of Diablo Valley College, California. “My initial reaction was ‘that’s absurd;’ there must have been a mistake or an accident or it must have got swept under somehow. There is no violation, there was no reasoning, there was no warning, there was not an explanation, there was no nothing. The entire channel was just gone,” he told MintPress. Huff is also the director of Project Censored, an organization that sponsored the event.

Higdon suspected that it was the content critical of big tech monopolies like Google, YouTube, Facebook, and Twitter that was the reason why the channel was deleted. “Each video was a different panel and every panel had different people from the other ones, so it is not like there was one theme or person or copyrighted content in all of our videos; this seems to be an attack on the conference, not on a singular video,” he said.

“This wasn’t a keg party with Parler users”

The organizers were careful to avoid copyright infringement, with the large majority of their videos in lecture format, essentially a recorded Zoom call. Speakers included some of the best-known names in media studies, with the event sponsored by institutions like Stanford University and UCLA. “This wasn’t a keg party with Parler users: it was an academic conference,” Huff said.

These are pioneering figures in critical media literacy scholarship. It’s mind numbing that all of this was just disappeared from YouTube. The irony is writ large…This is part of a potentially algorithmic way of getting rid of more radical positions that criticize establishment media systems, including journalism.”

Higdon too, suspected YouTube’s action was politicized: “This is the same year we saw big tech trying to influence Prop 22 here in California, so I am not too surprised that they would be aggressive with folks like us who are critical of media corporations.”

MintPress spoke to representatives from Google, YouTube’s parent company, who strenuously denied that they would ever remove content from their platforms purely because it was critical of the company, noting that there is a wealth of videos on the website that challenge or attack them. After looking into the matter, Google said they could find only one video and reinstated it (although the video does not appear on the conference’s channel). As for the hours of other footage, that remains an enigma to them, with no record of its existence. Thus, it appears that there will be no closure or a definitive answer to this mystery.

Media literacy, big tech power, and censorship are hot topics right now. In the wake of the dramatic storming of the Capitol Building earlier this month, a host of companies, including Google, Facebook, YouTube, Twitter, and Instagram, took actions against Donald Trump, limiting his and his supporters’ ability to communicate online. Perhaps most notably, however, Google, Apple, and Amazon Web Services launched a coordinated assault on “free speech app” Parler, a service popular with the far-right for its lax laws on racism. Together, the three effectively took the service offline around the world.

While the pros and cons of such decisions can, and have been, debated, the bigger question of should privately-owned companies be allowed to have the power to regulate who can and cannot speak online, has largely been downplayed.

“On the one hand I understand they have the right to deplatform people,” Huff told MintPress. “On a broader level though, I don’t think they should have achieved this kind of power over our communication systems in the first place, and these should be publicly run platforms regulated the same way our government regulates and enforces the First Amendment.”

Higdon was equally worried about the power amassed by the tech giants. “By empowering these tech companies to decide what is and is not appropriate, they are going to look out for their vested interests, and people who are critical of their business model and practices are going to be targets,” he said, predicting that,

These lefties right now who are advocating for censorship…the outcome of this is going to be on them.”

If history is any judge, he will be proven correct. In the wake of the 2016 election and the allegations that Russian disinformation swung the result in Trump’s favor, social media companies changed their algorithms to help halt the spread of fake news. The main result, however, was a throttling of traffic to high-quality alternative news sites and the promotion of corporate media like CNN and Fox News. Overnight, Consortium News’ Google traffic fell by 47%, Common Dreams’ by 37%, Democracy Now! By 36% and The Intercept by 19%. MintPress suffered similar, unrecoverable losses.

Likewise, Facebook CEO Mark Zuckerberg personally approved the deliberate choking of alternative media, admitting that his company deranked Mother Jones because of its left-wing persuasion (despite Facebook’s assurances that it was doing no such thing). Other, more radical outlets have suffered even greater reductions in traffic.

Whatever decisions big tech companies make reverberate throughout society. 35, 24, and 17% of Americans get their news from Facebook, YouTube, and Twitter, respectively, with similar numbers worldwide. This enormous user base makes them by far the greatest and most influential news platforms on the planet, with the ability to highlight stories, bury others, and even swing elections. Huff was extremely worried about the power of these new media monopolies.

“We can’t get away from the fact that Google, Facebook, YouTube, Twitter, the whole corporate Alphabet soup of this big tech dystopia have gobbled up the public sphere. This is where people can go to congregate and share their information and it is also where invisible forces decide which voices get heard and which do not. Let’s also not forget that all of this tech was initially funded with taxpayer money.”

Worse still, although we now live in an online world, the public is hopelessly ill-equipped to navigate its waters, displaying a shocking lack of awareness and understanding of how they can be manipulated.

A 2016 study from Stanford University found that two-thirds of college-aged “digital natives” — people who grew up using the Internet — mistook native advertising for a genuine news story, even with the words “sponsored content” displayed prominently. “Overall, young people’s ability to reason about the information on the Internet can be summed up in one word: bleak,” the study concluded, leading to calls for more critical media literacy education in schools. “Since we are not teaching people how to use these technologies, or how these technologies use them, they are more susceptible to propaganda and to disinformation. And ironically our conference was designed to combat exactly that problem,” Huff added.

Perhaps more worrying of all is the increasingly close connections between Silicon Valley and the National Security State. “What Lockheed Martin was to the twentieth century…technology and cyber-security companies will be to the twenty-first,” wrote Google executives Eric Schmidt and Jared Cohen. Late last year, the CIA signed a partnership deal worth tens of billions of dollars with Microsoft, Google, Oracle, IBM, and Amazon Web Services. Meanwhile, Facebook has partnered with the NATO cutout organization the Atlantic Council to help them curate the world’s news feeds. Reddit has also hired Atlantic Council official Jessica Ashooh as its director of policy.

The Atlantic Council’s board of directors includes eight former CIA chiefs, multiple U.S. Army Generals, and high statespeople like Henry Kissinger and Condoleezza Rice, meaning that any decisions big tech companies make are only one step removed from the U.S. government. “This is actually [state] censorship by proxy,” Higdon warned.

“These companies, we know thanks to Edward Snowden and others, have contracts with the Federal government. There is a revolving door between particularly the Democratic Party and big tech, and there are also various loans and government protections given to this industry. So this is not some independent set of entities making this decision.”

“If 1984’s protagonist Winston Smith were a real character today he’d be a fact checker at Facebook or a content curator at YouTube, relegating to the dustbins of history whatever programmers are told to or whatever keywords our conference triggered,” Huff added.

Big tech has repeatedly acted at the behest of the U.S. government to silence its international opponents, suspending the accounts of foreign leaders like Venezuela’s Nicolas Maduro or Iran’s Ayatollah Khamenei or deranking foreign media outlets like RT and TeleSUR.

It is in this light that the deletion of the Critical Media Literacy Conference of the Americas can be seen; not as a deliberate decision by an angry Google employee intent on revenge, but as the result of a powerful and Byzantine algorithm designed by Silicon Valley executives who are intimately intertwined with both the government and the corporate world. There is little oversight of their power or recourse to their decisions, given their enormous influence over public life today.

Huff was particularly sardonic about the whole affair:

There are layers of irony here that are certainly not lost on us. But I don’t know if the public at large is realizing the attack that is happening against the very people that are the intellectual bulwark against such institutional censorship. I’m not trying to make us out to be martyrs here, but my point is that I think it has a particular irony when the very public intellectuals who try to educate the public about how these systems work are silenced,” he said.