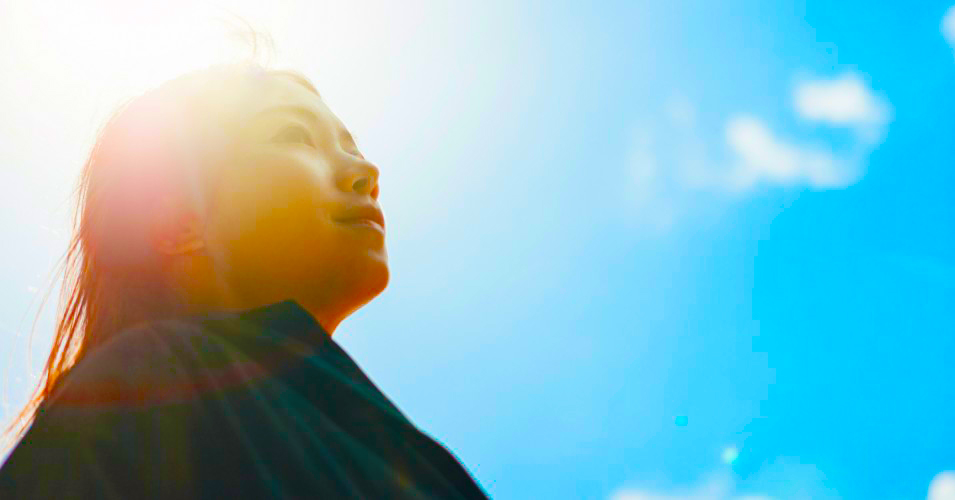 Revolutionaries sees the potential in human beings—they see our world’s potential to become something vastly better than it is today.

Revolutionaries sees the potential in human beings—to live, to love, to serve, and to express themselves. (Photo: Getty/Stock Photo/Oscar Wong)

A revolutionary is, of course, someone who wants to overthrow the existing order. We need such people. The current order is unsustainable. It is destroying the planet and creating inequality so severe that society is becoming unstable. It’s an engine for human misery on a massive scale.

Three things separate a revolutionary from most other human beings of conscience. The first is knowledge—specifically, knowledge of the many harms our current system inflicts on other beings and on the planet.

We don’t have the historical, scientific, moral or spiritual context to see that these destructive forces are created by people—which means that people can end them.

The second is context. We assume that the world we see is the world as it has always been and always will be. Capitalism, which has only existed for three or four centuries, is considered as immutable as the Laws of Thermodynamics. Warfare, a phenomenon that ebbs and flows, is considered a basic part of human nature. Roles of class, race, gender, and sexual expression are considered fixed, when they have evolved and shifted over time.

We don’t have the historical, scientific, moral or spiritual context to see that these destructive forces are created by people—which means that people can end them. Anthropologist David Graeber is quoted in the new Adam Curtis documentary series: “The ultimate hidden truth of the world is that it is just something we make, and could just as easily make something different.”

Knowledge and context give us the mental tools we need to reject the existing order. But we put the idea out of our heads, because it’s overwhelming to contemplate the vast canyons of oppression and loss that surround us. There’s nothing we can do about it, so why even think about it?

Which gets us to the third thing that separates revolutionaries from other good people: community. Revolutionaries aren’t alone. Even if they’re isolated in some remote village, they have the gift of knowing that others are on the same path. They know the struggle will go on, even if they die. The revolution can succeed, even if they fail.

Knowledge plus context plus community equals power. Take any one of those things away, and a person is likely to fall into despair or denial or bitterness. This is why I don’t reject anti-left centrists or Trump voters unless they behave in truly unconscionable ways. If they have a conscience—and many do, despite the “deplorables” myth—they’re revolutionaries waiting to be born.

Paradoxically, the acerbic nature of centrist Democrats online may be the best evidence yet of their revolutionary potential.  A survey found Clinton supporters to be the most unpleasant political group on social media in 2016, and many centrists have continued to attack leftists with even more ferocity than they show toward Trump supporters.

Why would that be? My theory is that they are revolutionaries that haven’t completed the process of awakening. Many of them embrace the idea of a fundamentally different and better world, but they’ve been convinced it isn’t possible. That makes them deeply resentful of people who retain that sense of possibility. They envy the revolutionary’s optimism, and they’re afraid that they’ll find out their own life’s compromises were unnecessary.

Some centrists have embraced incrementalism and compromise as ideologies. They’ve internalized that cliché so often repeated by self-justifying politicians: “Don’t let the perfect be the enemy of the good.” That word, “good,” has become a get-out-of-jail-free card for a broad array of moral compromises—and worse. Margaret Mead was closer to the truth when she said, “It may be necessary temporarily to accept a lesser evil, but one must never label a necessary evil as good.”

As for Trump supporters and other right-wingers, many are driven by disillusionment and the sense that they’ve been betrayed by the planet’s elites—which is true, of course. Their rage toward government, liberals, and other forces they feel oppress them is the rage of the powerless, pointed in the wrong direction.

Loss takes many forms. Revolutionaries also see the tragedy of lost human potential, the last light of a dying hope in the eyes of a child who is denied the right to dream—because she’s a person of color, or a girl, or because they’re a working-class kid with the wrong kind of vocabulary and no money for school supplies, much less for college. They see the loss of possibility reflected in the faces of their bitterest political enemies, the ones who have lost faith in their own futures.

Revolutionaries sees the potential in human beings—to live, to love, to serve, and to express themselves. They see in each of us the potential to become an ally. And they see our world’s potential to become something vastly better than it is today. Having seen that vision, there’s no turning back. They want to share it. When they share it successfully, the human conscience has given birth to another revolutionary.

In this way, conscience by conscience, the world is remade.

Richard (RJ) Eskowis a freelance writer. Much of his work can be found on eskow.substack.com. His weekly program, The Zero Hour, can be found on cable television, radio, Spotify, and podcast media. He is a senior advisor with Social Security Works. He can be reached at richard@thisisthezerohour.com.Follow him on Twitter: @rjeskow

Our work is licensed under a Creative Commons Attribution-Share Alike 3.0 License. Feel free to republish and share widely.

Because of people like you, another world is possible. There are many battles to be won, but we will battle them together—all of us. Common Dreams is not your normal news site. We don’t survive on clicks. We don’t want advertising dollars. We want the world to be a better place. But we can’t do it alone. It doesn’t work that way. We need you. If you can help today—because every gift of every size matters—please do. Without Your Support We Simply Don’t Exist.

Our Mission:
To inform. To inspire.
To ignite change for the common good.

Common Dreams has been providing breaking news & views for the progressive community since 1997. We are independent, non-profit, advertising-free and 100% reader supported.

Common Dreams brings you the news that matters.